Throughout my quarter century of writing about wine I’ve tried to avoid controversial topics, because frankly, who needs the grief? 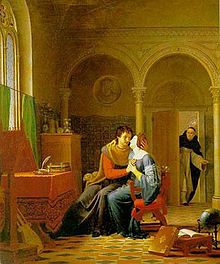 Well, I suppose that’s not strictly true.  In fact, it’s not even vaguely true.  In my twenty-five years of wine writing I’ve courted grief like Abélard did Héloïse; I’ve built grief shrines and set up air-conditioned tents so that haters can be comfortable when they make pilgrimages to trash me.

But this isn’t one of those pieces.  This is a concept column; this is curmudgeonly consideration of a conceit that I recall encountering initially when I was fourteen year old and reading the only comprehensive wine book my folks owned, The World Atlas of Wine by Hugh Johnson.  As I remember, Johnson described Burgundy as a female trope, calling her Queen, while Bordeaux was given primacy as King.  Their individual vessels reflect that to this day; Burgundian bottles are sloping and gentle from lip to base whereas Bordeaux bottles are firm-shouldered and tall, angular and fierce.

These were days when the hangover of bedtime fairy tales was still sharp in my awareness, and the Platonic paradigm of a queen had specific implications: I saw lyrical lightness behind the bold reign of Burgundy even without tasting it.  Bordeaux, I envisioned as Napoleon on a knightly nag, lopping off heads and conquering Europe.

You can suggest that such images are sexist and dismissive, and I won’t argue.  Demanding that we accept equality between the genders is fair and requisite, but denying that there are demonstrable, useful and poetic differences, physically and emotionally, is something that I hope nobody believes on their most psychotic PC day ever.

Some stereotypes we should fight with all our strength, and some inherent truths we should embrace with all our hearts. These transcend sex and desire; they surmount humanistic value and hierarchy; they are about foundational mythology that are integral to our understanding of culture and interrelated ambiguities of perception. The root of sexism is the belief that one gender is superior to the other, not that one gender is different from the other.

As the French have quipped, both in support of the notion and occasionally, to corrupt it: 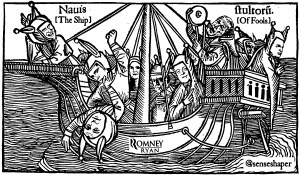 In that same malleable mind frame, I recall reading novels when I was fourteen that moved me beyond reason, and a lot of them were written by women: Katherine Ann Porter, Dorris Lessing, Zoe Oldenbourg, Joyce Carol Oates.  It’s not to say that I didn’t worship plenty of boy books as well, but I don’t think women would have written them: Trap a clot of dysfunctional whizbangs aboard a ship in a woman’s novel and you wind up with Ship of Fools, not Moby Dick.

Of course, Frankenstein is the exception to prove the rule, and not only that, but when Mary Shelley wrote it, she wasn’t much older than I was when I read it.

I can admire these works; I can envy the literary range and female expressivity that addresses (to my mind) the broader experience of woman-ness, but I can never emulate it.  Just as I am certain that none of them sat down and said, “I think I’ll write a novel like a woman,” I don’t consciously try to write like a man.  Male or female, what emerges from the business end of a pen should be innate, essential and intuitive.  If our life experience appears as notations in the sum, it will reflect who we are, how we see the world and how the world sees us; if it doesn’t, we probably shouldn’t be writing in the first place.

The wine that propelled this convoluted muse was Domaine Bertagna Chambolle-Musigny, a Villages wine from a single acre of old vines overlooking the town of Vougeot in the northern half of the Côte-d’Or.  This is solidly red wine country, and the appellation d’origine contrôlée ‘Chambolle-Musigny’ is only used for wines made from Pinot noir.

The Bertagna acre is situated on red, calcareous, well-drained soil heavy with nutrients from the fossils of shellfish that lived here eons before there were such thing as masculine and feminine people much less wines.  Yet from the outset, surrounded by the more muscular, earthier Pinot noirs of Clos Vougeot and Clos Saint-Denis, the wines of Chambolle-Musigny have been described using a term that draws ire from feminists and irk from literalists, a word over which Wine Enthusiast begs us not to ‘bristle’ while Erika Szymanski of Wineoscope bristles anyway:

“Stereotyping is bad because it limits individual’s [sic] identities in terms of who they feel they can be and in terms of who other people allow them to be, because it let’s [sic] us treat others as something less than human — because when we label them with a stereotype we apply and expect the contents of that category to how we see them and stop seeing them in their fullness as people…”

The offending word, of course, is  ‘Feminine’.

And yet, leaving aside the obvious ‘huh?’ (why a woman should be insulted by use of a complimentary term used to describe a wine she hasn’t even tried), unless the tasting note was written by Rush Limbaugh or Andrew Dice Clay, I assume it was used as a compliment and by somebody who, more than likely, admires, appreciates and respects women.

I know I do.  My mother was one.  My wife was one.  My five daughters are ones, and hella strong ones at that.  I dig them on every level on consciousness, and why not?  You can assume that if I tell one of my daughters she’s pretty (which I don’t tell my sons—am I sexist?) I am not attempting to ‘limit her identity in terms of who she feels she can be and who other people allow her to be’.  I’m certainly not trying to treat her as something less than human.  In fact, since I don’t find paramecia to be particularly pretty, I’m doing the precise opposite: I am assigning to her terminology that I find to be intrinsically human.

That said, with no preconceived ideas, I noted many qualities in Domaine Bertagna Chambolle-Musigny that in the purest of psychological concepts I also associate with high-power, high-caliber, infinitely attractive women.

I’ll dodge the offending terminology and lay it out in winespeak, and you tell me—honestly—if you think I’m off-base for suggesting that it might symbolize  a ridiculous  ‘w’ word I just made up to replace it:  Womanity.

To my palate Bertagna Chambolle-Musigny, 2012 is “sensationally nuanced with vibrant, living, luminous contrasts playing across the spectrum: There are notes of spice and smoke and violets; there is a rich earthiness balanced by an elevated, floral fragrance and a rich undercurrent of cherries.  The wine has the sinew and elegance of a dancer; it is concentrated, yet the palate remains nimble.”

When I found out that this womanish wine from an appellation known for womanly wines was produced under the direction of a woman, it seemed like an ideal chance to discuss the subtle side of sexualizing wine, and at the source.

Discuss it we did, ultimately, after breaking the language barrier—Eva Reh-Siddle is German by birth and a femme française by trade, and although reasonably versed in English, my half-ass Panasonic desk phone ate a lot of our conversation alive.  Initially, when I asked her about the term ‘feminine’ as used to describe Chambolle-Musigny, she thought I was asking her about her experiences as a woman in the male-heavy world of the Côte-d’Or.

Which was equally intriguing, of course:

“Thirty years ago when I arrived, it’s true that there were few woman at the head of estates; Lalou Bize-Leroy [Domaine de la Romanée-Conti] was the most famous exception.  For the most part, women who wanted to get ahead in a family wine business ran into trouble with their fathers.  There was even a superstition that women in the cellars might make a wine spoil.”

In fact, in 2000, when Anne Parent (of Domaine Anne et Catherine Parent) launched Femmes & Vins de Bourgogne, out of nearly 5000 domaines in Burgundy, only six had women winemakers. Today, the number is closer to 50, but clearly, wrenching Burgundy from its patriarchy has been harder than storming the Bastille—a soiree which Anne Parent’s kin may well have attended:

“My family has been in wine production since the middle of the 17th century,” she says. “that makes me 12th generation, yet only the first generation of woman winemakers. It is the second French revolution.”

According to Eva, a third revolution began not after she took over Bertagna in 1988; this one stormed the gates of style.  Burgundy fans began to look beyond rustic reds with oaky profiles and seek sleeker, more elegant wines.  That was a fortress her estate had occupied since the 13th century, and in the role of Propriétaire, she maintained a Chambolle-Musigny tradition of whole cluster fermentations, one of the key antecedents, she insists, to the lovely, lyrical, don’t-say-the-‘f’-word quality in her ‘Le Villages’.  When coupled with another mandate—cool primary fermentation—whole bunch fermentation, wherein the clusters are not destemmed,  offers greater complexity and silkier tannins.  In, cool, high acid vintages, there’s a mellowing effect and and in warmer years, a certain unique freshness arises in the wine.  The fact that the vines are approaching a century in age is a plus, she says.  “The clusters are smaller and the stems are cleaner and richer in character.”

The interplay of weightless potency, fecundity and a willowy sort of strength that seemed a metaphor for all things floral, from earth to petal, are here expressed in pretty words, and when I offered them to  Eva Reh-Siddle, she not only agreed, she was flattered.

The wine is, to her palate, to her eternal delight and to her precise specification, feminine.

I said it and Eva heartily agreed.  If terroir reflects a sense of place, and if that place is managed by someone who don’t need no stinkin’ Y chromosomes, I see plenty of reason to glorify the sheer woman-ness of the product, and none at all to worry that Erika Szymanski might not like it if I do.

Frankly, she also might not like it if I point out that her last name ends in ‘ski’, which is a masculine morpheme derived from the personal name Szymon. With the characteristic suffix, the name Szymański means ‘son of Szymon’.

Of course, in order to avoid a woman bearing a masculine surname, thus limiting her individual identity in terms of who she feels she can be and in terms of who other people allow her to be, the Poles have a simple solution to the dilemma:

A woman bearing that last name calls herself ‘Szymańska’.

For whatever, reason, Erika has chosen to avoid that convention, and I celebrate her decision as heartily as I celebrate my new-found freedom to refer to wines as feminine.

What do you say, Erika: Isn’t it about time we all woman up when dealing with these sorts of semantics?

This entry was posted in Burgundy, FRANCE and tagged Bertagna Chambolle-Musigny, Eva Reh-Siddle. Bookmark the permalink.