And yeah, some things do get old. 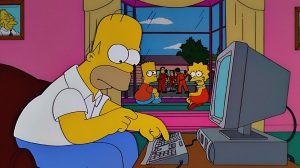 Read a random sampling of wine reviews, starting with Parker’s and trickling down to John Doh! blogger’s, and put a nickel in the cliché jar every time you read the descriptor ‘cassis’ or ‘blackberry’.

To be sure, I am as guilty as any of them.

Unless you’ve figured out how to monetize your reviews—and by monetize, of course I mean ‘earn more from them than if you had gone to trade school and learned how to weld transmissions’—writing about hundreds of wines that all taste like blackberry and cassis?

Newing Up the Old

One subject that never fails to revive my jaded spirit and supplant my blasé clichés is something that most people not cramming for the dreaded ‘Arcane and Virtuously Useless Information’ portion of the Master Sommelier exam know little about:

And nowhere have I encountered such a cornucopia of excellent autochthons than in Spain. Sure, they exist in every region with a long tradition of winemaking: Slovakia has its Zelèn, France its Mondeuse, Italy its Bonardo—even California has its Vitis californica.

The common denominator, of course, is that they all pretty much suck Capra aegagrus hircus gonad.

But in Spain, especially through the creative compulsions of young winemakers who are currently redefining styles and mix ‘n’ matching blends, some ancient grapes are being rediscovered and repurposed. And—since I’m fortunate to know some compulsive consumers on this side of the Atlantic who search out these very gems on their frequent trips to Spain—I’ve been turned on to some remarkable ones.

Case in point (and there are only 250 cases at which to point) is Xabre from Galicia, made from the native red wine grape Mencía. *

Galicia is that chunk of northern Spain that looks like the head of a beheaded Portugal; it has found a broader audience in the wine world recently because of the remarkable Albariños of coastal Rías Baixas.

That’s where the family of Eulogio Pomares has been established for seven generations. The estate of Zárate was built in 1707, and as such, has been a pioneering influence on Albariño production in the area.

Pomeres has been at Zárate’s viticultural helm of  since 2000, and during his tenure, he has focused on the estate’s signature white, arguably the best Albariño in the world.

Somehow, however, he has found time to expand his horizons to nearby sub-regions, where varietals less known, but perhaps more intriguing, have been raised for many centuries.

‘Everything That the Human Being Adds to Nature is Superfluous, Including Himself’ – Eulogio Pomares

Inland from Rías Baixas spreads the mineral-laden slopes of Ribeira Sacra, and that is where Mencía finds its foothold.

In 2012, with his wife Rebeca, Pomeres founded Fento Wines as a means to explore the sort of expression that modern techniques could coax from such traditional varieties, and in Ribeira Sacra—which means, ‘the sacred riverbank’—he found many of them thriving in the weathered granite soils known locally as ‘xabre’. His own Xabre label, as may be expected, contains a blend of xabre-grown grapes which may vary with the harvests—he is more concerned with a balance achieved by nature than one that reflects D.O regulations, and as such, is willing to declassify his wines in order to achieve ideal results.

The 2015 Xabre is one such declassified wine; it contains 90% Mencía with the remainder made of Sousón, Mouratón and Garnacha. The fruit is sourced from high-elevation vineyards grown on terraces first carved by the Romans and in regions so remote that they are not well-known even in Galicia.

The wine is stunning, spectacular and unique; like the local tongue Galego, the wine speaks a language unrelated to the blackberry babble cassis cacophony you are probably accustomed to.

Fento ‘Xabre’, Val do Bibei, Galicia 2015, around $23: A wine with a dichotomous profile; one that needs to be tasted to be appreciated. Bold and delicate, the impression givenis that were the tannins even slightly off-kilter, the fresh coupage of sweet and savory would be swallowed whole. Pomares walks the high wire but keeps his balance, fermenting in stainless steel and keeping the oak intrusion to a minimum.The wine reflects warm summery plum flavors, but with an equal wash of licorice, clean lemon peel, cocoa and pepper; natural acidity and core of crushed stone minerality shore up the volume.