Popping the Cherry on Michigan Maraschinos

When Otto von Bismarck quipped, ‘The less people know about how laws and bar cherries are made, the better they sleep at night,’ he wasn’t talking about sausages. Likewise, if The Jungle had been set along the Croatian coast instead of the stockyards, Sinclair might have exposed Maraschino’s cherry butchers instead of Chicago’s pig poachers.

But history is fickle, and if it teaches us anything, it is that nobody is really sure how to pronounce Maraschino.

Consider if you will, this embattled, embarrassing, embalmed garnish. On the first day of ninth grade biology, we put a Maraschino cherry inside a film canister and buried it in the soccer field, and on the last day of class we dug it up. It had not changed an iota, which was the teacher’s way of illustrating why Bog People from Denmark look like they are sleeping instead of like they are two-thousand-year-old corpses.

My take away from that afternoon was a vow never to eat bar cherries or Bog People. 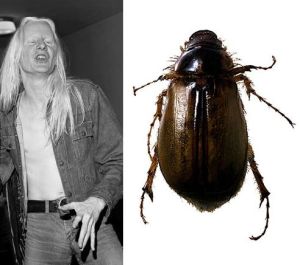 Certainly, a cursory understanding of the pickled prunus process explains both the immortality of the fruit and the wisdom of the vow: First, young Croatian cherries are ripped untimely from the orchard, disemboweled by a pitting machine, then soaked for two months in a brine solution, which is the moral equivalent of placing a premature baby in a salt-water aquarium instead of an incubator. Upon being removed from the solution with grappling hooks, the cherries are the color of Edgar Winter’s scrotum, and must be dyed into some semblance of an edible color using Red Dye #40, which is not only linked to general organ toxicity but contains the bodies of cochineal beetles.

The abomination is completed by the addition of icky fructose and the oil of bitter almonds, which as you’ll recall from Arsenic and Old Lace, is the flavor of poison.

That’s the bad news. The good news is, it doesn’t have to be this way.

Some People are Born Cherrified; Others Have Cherrification Thrust Upon Them 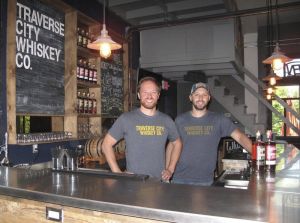 Many entrepreneurs have made their fortunes by recognizing a niche and filling it, but for a long time, Chris Fredrickson was too busy filling cocktail glasses in his Traverse City Whiskey Co.’s Stillhouse Bar to notice it. Many of his popular drinks were garnished with the hellish candy-apple cherries described above, and one day, he looked at his spreadsheet and saw how much cash he was laying out for them.

“The expense was jaw dropping,” he says.

On went the lights: Fredrickson’s family has been cultivating cherries in Empire, Michigan for three generations, and, he realized, he not only had the connections at the local co-op to produce his own brand of bar cherry, the raw product itself—without need to devolve into metaphors—was low-hanging fruit. 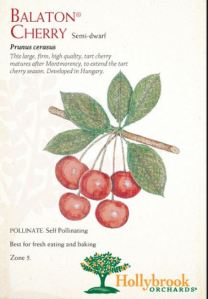 Other than the fact that Chris Fredrickson now produces Michigan’s only pickled prunus cerasus, the product might not have caught my eye but for a key element: His choice of cherry clones was the Balaton, of which I have written about in the past.

Outside its native Hungary, Balaton cherries are grown almost nowhere except Northern Michigan and are responsible for the remarkable depth of flavor found in select Michigan cherry wine. In part, that’s because unlike most sour cherries, Balatons may ripen to 24 °Bx, putting their sweetness on par with even the most respectable of Traverse City wine grapes.

Turns out that Balatons make a ne plus ultra bar cherry as well.

Fredrickson had another trick up his sleeve—a sleeve soaked in his own brand of whiskey. In 2015, along with Jared Rapp and Moti Goldring, he opened a micro-distillery in a former power station and began producing whisky based on a distilling recipe Fredrickson’s great-grandfather had patented in the ‘20s, right in the slipstream of Prohibition. 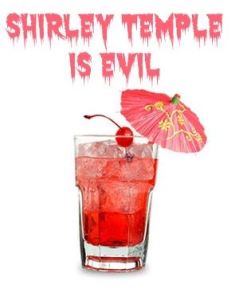 Ironically, it was the 18th Amendment that that compromised the original method of producing Maraschino cherries, which involved preserving them in Maraschino liqueur—a Croatian cordial made from Marasca cherries. When booze became verboten, a horticulture professor at Oregon State University invented a process of brining cherries in sulfur dioxide and calcium chloride instead, thus giving rise to those hellish, fluorescent sugar bulbs that may have a whisper of raison d’être hunkering down inside a childish virgin cocktail like a Shirley Temple, but shouldn’t show up anywhere near a grownup drink.

In a return to the roots of the garnish, Fredrickson opted to use Traverse City Whiskey Co.’s straight bourbon as a syrup base and black carrot extract instead of Red Dye # Bug Extract. The result is a deep, burgundy-colored morsel with a concentrated cherry taste; a confectionary with the tang and bite of a fresh Balaton, but with a long, complicated and nuanced aftertaste that includes almond notes along with a slight Bourbony bite. 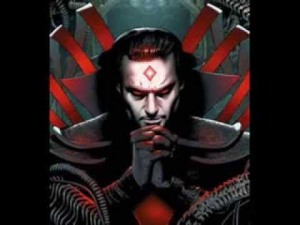 Does that make it overqualified as a cocktail garnish? An interesting proposition I’ll leave to advertising alchemists. For now, the only thing I found not to ballyhoo about the product is its generic-sounding, no-brandish moniker. For a product with such panache, it seems like a marketing hiccup to call it simply, Premium Bar Cherries, especially when—at upwards of sixteen dollars a jar—the competition has snappy, X-Man villain names like Luxardo or pedigreed, rich-people names like Woodford Reserve Bourbon Cherries or educational names that conjure up images of the Kennedy assassination, like Jack Rudy Cherries. That’s some heavy shelf-space jockeying, and if I was hawking these garnishes, I’d garnish them with a name that garners more brand identity.

Meanwhile, back at the Stillhouse Cocktail Bar, Chris Fredrickson builds what should be Traverse City’s signature drink, a Cherry Whiskey Sour. He says it’s become his most popular offering, and these days, when he looks at the spreadsheet, he sleeps a little easier knowing that the expense column for bar cherries actually goes to his bottom line. 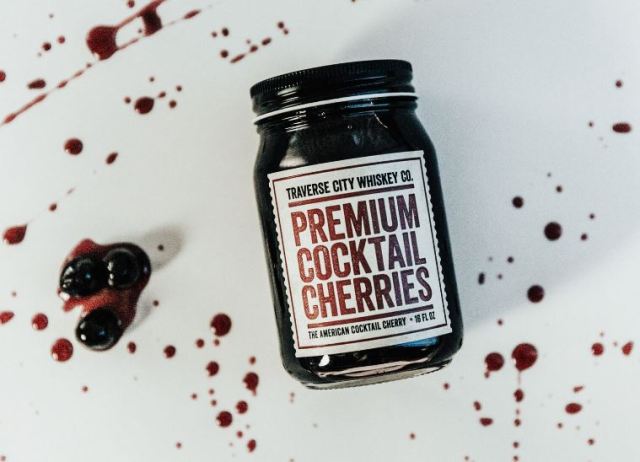