Larzac: The New Kid on the ‘Doc 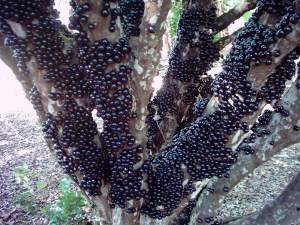 A few years ago, on my one-and-only trip  to Australia, I remember being blown away by an array of fruits I never before knew existed.  Custard apple, black sapote, jaboticaba, sapodilla—but a handful of an array of distinct, unique sensations, maltol and furanones, new descriptors, new words with ‘ate’ or ‘hyde’ at the end—Ethyl propionate, Methyl anthranilate, Benzaldehyde.

The same sort of thrill happens when a cork dork discovers a new appellation; the expectation is that there will be new vista of sui generis sensations and singular tastes to be uncovered.

And that’s because, for the most part, we trust our appellation meisters.  As overlords, they have been cutting and dicing and spicing plots of terroir through more generations than are listed in Matthew 1; a fitting homology since the appellation concept is Biblical, with the wines of Samaria, Carmel, Jezreel and Helbon winning the New Testament’s equivalent of an Enthusiast’s Wine Star Award.  Then as now, the theory behind designating plots of land is that with officially sanctioned rules, including varietal and yields, the wines from a specified location can be so distinctive that no other wine grown anywhere can be considered identical.

In a perfect world, an appellation designation begins with soil and climate and ends with a studied consensus deciding what grapes grow best there and setting limits on production.

As in the Freudian sense, size doesn’t matter: When bestowed correctly, an appellation can be as large as a continent or as small as a vineyard.

There are currently more than two thousand recognized appellations across the globe, so finding new ones is not particularly difficult.  Even the most geeky sommelier might have a hard time placing Henty or Trás-os-Montes, so the endorphin rush that accompanies a eureka find is largely a personal one.  In my case, the discovery was Larzac, a very new appellation (2005) in the Côteaux du Languedoc of Southern France.

This AOC, officially named Terrasses du Larzac, contains some of the highest vineyards in the Languedoc, and these plots—along the Cévennes mountain range—produce wines that are noteably distinct from its nearest neighbors, including those from the oldest appellation in France, Roquefort, which in part, Larzac intersects.  As in any appellation, the triad of requirements (location, location, location) take advantage of Larzac’s elevation, horizontal layers of limestone and terraced shingles and unique position between the mountains and the sea, which allow the fruit to ripen slowly.

Among the early pioneers of modern Larzac (not necessarily an oxymoron) is Olivier Julien: His forty terraced acres, with two distinct soil types—calcaire and argilles—was established in 1985, and his domaine, Mas Jullien, is a paradigm of the region.

But that’s not who this piece is about.  Rather, the story here concerns one of Julien’s protégés, Jean-Baptiste Granier.  The two met when Granier was given an internship at Julien’s winery as part of his viticulture-enology degree from Montpellier SupAgro, and in the course of that internship, the pair went for rubbernecking cruises through the rolling communes of Languedoc, taking particular interest in the quality of the fruit grown at around the ancient village of Saint-Privat.

Those luscious bunches of Grenache, Syrah and Carignan, tended in sandy shale by a quartet of vignerons on 15 acres, proved the inspiration for ‘Les Vignes Oubliées’—‘The Forgotten Vines’.

‘Les Vignes Oubliées’ began as a joint venture between Julien and Granier, and the collaboration culminated in a ‘test vintage’ of 2007, and lasted through the 2011 vintage.

The name he chose, according to Granier references the fact that despite their phenomenal output, both Julien and he suspected that these 40-year-old Grenache, Syrah and Carignan vines were on their way to extinction:

“They were little by little being left by the wayside,” he says. “They no longer corresponded to the culture of cooperative production. We decided to adapt ourselves to the yields and work required by the vines and ensured that everyone was satisfied: the growers, the consumers and ourselves. Hence as long as the name exists on our bottles, the vines will not be forgotten.”

Admittedly, there are not many bottles so named—annual production of Les Vignes Oubliées is around 2000 cases—but I was fortunate enough to land a bottle of the 2014 vintage.  As hoped, the wine is imbued with the distinct characteristics of the terroir, both elevation and proximity to the sea. The former lends jazzy, quantifiably ‘red’ sort of bravura to the fruit—cherries, raspberries and red currants—while the latter offers the peculiar herbal-ness that the French call ‘garrigue’—it covers an array of resinous, lime-tolerant shrubs that grow along the seacoast, including lavender, thyme and rosemary.  The tannins are still pronounced, and roll around the edges of the palate, but will likely settle in for the long haul, and for now, the wine shows itself as gentle and luscious, but tinged with crisp acidity and a bit of tannic bitterness in the finish.

The Greens in front of Threefold

Having discovered Oz’s fruitopia a decade ago, I thought it was worth noting that on a recent trip to my personal hinterlands, Michigan’s Upper Peninsula, I stopped  at Threefold Vine Winery, at the time, the only winery in this northern wilderness that actually grew their own fruit.  Grapes notwithstanding, the Threefold property had a long fence running through it, and along it was growing several shrubs of small, darkish berries, smaller and flatter than raspberries but with a similar taste.  Turns out they were thimbleberries; they have very short shelf lives, and as such—although sensationally scrumptious in their proper season—they aren’t raised commercially.  And as such, I never realized they existed.

As Frank L. Baum recommends in The Wizard of [The Original] Oz, “If ever I go looking for my heart’s desire again, I won’t look farther than my own backyard…”

Thimbleberry yields are so small that Threefold owners Andrew and Janice Green freeze each year’s harvest and only make use of it after a sufficient quantity is obtained, usually around three seasons.  What do they do with it?

This glass of thimbleberry wine’s for you, Dorothy.

1 Response to Larzac: The New Kid on the ‘Doc