Bordeaux Without The Bloodshed

From time to time, I mock the French for some of their inexplicable cultural anomalies, such as eating bugs you can buy poison at English Gardens to kill and animals on which you can bet at Churchill Downs; for having had a First Lady who bragged about sleeping with both Mick Jagger and Donald Trump; for their inability to say ‘The thoughtful theropod thinks theology is thrilling’ and for having invented nothing of note but the useless hot air balloon and the equally useless metric system . 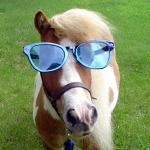 But even I must confess that France is, without question, the most important wine producing nation on earth, yesterday, today—and short of a really quick global warming fast-track—tomorrow.

If you’re one of those types who can be staggered by statistics, consider this:  France, roughly the size of Texas, produces over seven billion bottles of wine a year.  That’s not a typo, and if you’re counting those suckers off on the bus trip, you wind up on Alpha Centauri with a pretty hearty buzz.

France is the world’s second largest wine producer, schlepping just a tad less than Italy—all the more remarkable when you consider that Italy is essentially one massive boot-shaped vineyard and France grows vines in a handful of select, intense pockets.

Of the overall French wine output, Bordeaux produces about a billion bottles, about twice that of the Côtes du Rhône and four times that of Burgundy.

So, if you figure that of the region’s most world-renowned names—the five Premiers Crus named at the Bordeaux Wine Official Classification of 1855—Château Latour produces about 216,000 bottles annually, Château Lafite Rothschild twice that; Château Margaux kicks out 150,000 bottles and Château Haut-Brion about the same, with the 1973 classified Château Mouton Rothschild producing 240,000 bottles per  year—in all, a little over a million bottles.  The other 55 châteaux named in the Grand Crus Classés, skating down the so-called quality ladder to Cinquièmes Crus, or Fifth Growths, may release another thirty million bottles, but that still leaves a whopping 970,000,000  bottles of Bordeaux to be accounted for.

No B.S. In Bordeaux Supérieur

Assume that about half come from the broad appellation simply called Bordeaux, and a quarter of these—broadcast across the entire parent region from Verdon-sur-Mer at the northwestern tip of the Médoc to Sainte-Foy, 80 miles to the east—go by the AOC Bordeaux Supérieur. 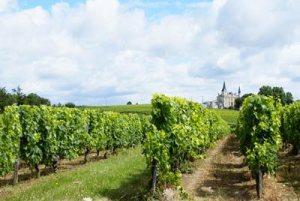 Covering both red and white wines made from classic Bordeaux varietals, there are legal restrictions that distinguish Supérieur from their proletarian—inférieur—brethren: The reds have a higher alcohol-by-volume, the whites a higher percentage of residual sugar.  Reds spend a minimum of one year in oak and are restricted to grapes from older vines.  As a result, they tend to be fuller-bodied and richer that simple Bordeaux, which sometimes—but not always—equates to a wine with more potential for cellaring.

And as such, they tend to carry higher price tags than straight-shooting Appellation Bordeaux Controlee, but in the grand scheme of this often over-priced region, not that much higher.  If the ‘sweet spot’ for a balanced, drinkable, identifiably ‘characteristic’ Bordelaise wine is around $25, the following gang of five, imported by Planet Bordeaux, are all under $15.

An excellent low-end introduction to the multifarious flavors and fragrances available in the wine capital of the world.

Château Argadens, Bordeaux Supérieur, 2009, about $14: Now owned by Maison Sichel—Gironde-based winegrowers, winemakers and éleveurs—d’Argadens is the Sichel benchmark for the AOC, exploiting the clay-limestone soil to great advantage.  A concentration of crushed berries plays against cedar, earth, truffle and green tobacco.  Give it about an hour to open up. 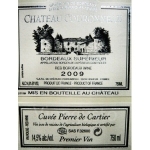 Château Couronneau Cuvée Pierre de Cartier, Bordeaux Supérieur, 2009, about $14:  Fresh and fruit-focused with lots of smoky-sweet oak, spice and sandalwood beside the cassis and cherry.  The 15th century estate is now fully organic, certified by Ecocert.

Château de Lugagnac, Bordeaux Supérieur, about $13:  With a history dating back to the Hundred Years War between France and England (trivia buffs, it actually lasted 106 years, between 1337 to 1453), the Château is certainly shored up by history.  The most terroir driven wine in the bunch—owing, perhaps, to the iron-rich clay over chalk structure of the Lugagnac soils—the nose shows blackberry, cinnamon and Asian spice with blackberry liqueur echoed in the mouth along with an earthy, tannic finish.

Château Tayet Cuvée Prestige, Supérieur, 2009, about $11:   This property, situated at the mouth of the Médoc—home of Châteaux Potensac and  Preuillac—the wine is predominantly merlot, with the remainder made up of cabernet sauvignon.  It shows some nice depth—surprising for the price point—along with notes of mint, cassis, plum and caramel with some rather tight tannins.

Château Reyon, Bordeaux Blanc, 2011, about $13:  Light and mineral driven, likely due to the deep gravel in which the vines are grown, the wine doesn’t offer much on the nose, but is crisp and refreshing in the mouth; good acid to balance the lemon peel and grapefruit palate with a granite finish.

3 Responses to Bordeaux Without The Bloodshed