At the periphery of every wine experience, Bordeaux looms.  In a pinch (and a stellar vintage) other wine regions may be considered Bordeaux’s equal, but none are superior. Like the specter of a master—like Michelangelo hovering above an art class or Shakespeare over English Lit—the twin banks of the River Gironde form a greater tributary from which our sense of wine appreciation flows.

The magic and the majesty behind names like Lafite, Latour, Rauzan-Ségla and Margaux cannot be understated; they are the perfect blend of history and hedonism, backstory and brilliance.

So when someone offers you a table at a three-vintage Bordeaux vertical, even on a blustery, snowy January night, you go.

Not that the wines poured rose quite to the level of Château Lafite; for that kind of vertical, you brave a sharknado during an earthquake caused by the detonation of a plutonium bomb. These were serviceable châteaux from the estuary’s Left Bank, which is, by and large, where all the flashy crème de le crème names come from—estates that generally produced wines with a high percentage of Cabernet Sauvignon. That noble variety does better in the gravel/sandstone on this side of the river than anywhere else in France, while the Merlots of the Right Bank enjoy a similar reign.

This was a Left Bank-A-Palooza where Hendrix fails to show and his spot is filled by several more rounds of Melanie Safka.

Anyway, as seen in this tasting, the wines of the Left Bank, whether from the tannic, high acid and somewhat austere-in-their-youth north to the somewhat more lyrical and gently perfumed wines in the south, offer a marvelous cross-section of the diversity and quality of this storied region.

A brief note on Bordeaux classifications, which came up frequently during this tasting, as they always do:

In 1855, Emperor Napoleon III ordered a 5-level classification system for Bordeaux wines; a delicate task, to be sure. Around eighty wines, white and red, wound up with pedigrees that, for good or bad, and with only a single exception, they own today. In 1973, Château Mouton Rothschild was elevated from a second growth to a first growth vineyard. Otherwise, if you won a bronze in 1855, you are still a Troisièmes Cru in 2017; likewise, each of five crus—or ‘growths’.

This is an overview of what was presented at Elie Wine Company’s Second Annual Bordeaux Master Class, 2017. They are all producers of various repute, so I’ll list them geographically, north to south and not by order of preference. 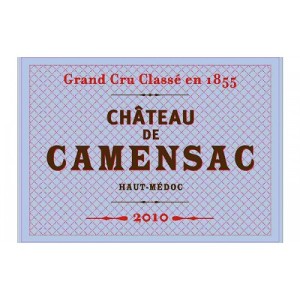 A Cinquièmes Cru, or Fifth Growth estate, Camensac has always been a remarkable value. At around twenty dollars a bottle, the estate sits on well-drained soils a five-iron drive from Saint-Julien-Beychevelle, and displays some of the powerful, masculine characteristics of the nearby commune. Managed by Jean Merlaut and his niece, Céline Villars Loubet, Camensac generally relies on a cépage that’s about half Cabernet Sauvignon, half Merlot.

2014: Warm alcohol nose above a sort of Blackberry Kool-Aid-scented acidity; still too youthful to pass much of a judgement—the tannins wrestle you to the ground and mask any subtlety going on.

2010: Wine offers a slightly stewed scent of plums and cherries, but opens into an array of fruits, though still slightly cooked. Some anise appears mid-palate along with espresso bean and smoke.

If ever a wine for St. Patrick’s Day existed, this is it: Launched in 1805 by an Irish wine broker, the estate has been producing reliable and affordable wines of a quality often in the same ballpark as their 2nd Cru neighbor Château Montrose. In fact, in 2010, Phélan Ségur sold fifty acres to Montrose, so that should offer perspective on what’s inside the respective bottles rather than what’s outside

2014: Superb intensity, but somewhat mono-dimensional with a lot of red fruit, but not much else. Friendly, acidic and fruity with the tannins still sitting a yard above the palate and kicking in late, gripping the mouth beyond what you’d probably enjoy. Firm, masculine and too young.

2010: A slight VA, nail polish smell in the bouquet quickly blew away and the nose opened up expressively with cassis and blueberry. Sweet flavors with a bit of leather, thyme and meat; additional spices include cedar and eucalyptus with a bit of pronounced minerality at the end.

The dual-hyphenated three-word name refers to, in order, the height of the vineyards, the name of the hill upon which they’re found, and the name of the family who owned the chateau during the 18th century. In 1855, it picked up a Fifth Growth door prize, and today sits on 75 densely-planted, organically farmed acres of excellent land that produce around 10,000 cases a year.

2014: Fresh scents of blackberry, cherry and tobacco, but still tightly wound and far too stubborn to enjoy. Big tannic wine that needs mellow time, although it has sufficient fruit and acid to pull it off.

2010: The wine drinks beautifully; the wild berry notes remain aggressive and delightful and the tannins are slightly more intertwined; the wine shows the refined elegance of Pauillac without a sledghammer’s worth of impact.

Troisièmes Cru, or 3rd Growth, Lagrange is produced from over a hundred separate parcels of land that are, on the surface gravel, but beneath, an amazingly complex array of subsoil, producing wines that are known as much for texture as flavor. Managed by agricultural engineer and enologist Matthieu Bordes, Lagrange has been owned by the Japanese brewing and distilling company group Suntory since 1983.

2014: Pencil lead, black currant and berry ice cream on the nose along with an appealing dried cranberry depth; there’s lots of round fruit on the palate but it is quickly devoured by the youthful tannins.

2005: Cigar box, soy sauce, mint and licorice settle in above the sweet plum; there’s a nice caramel warmth to a full-bodied but velvety, earthy mouthful. 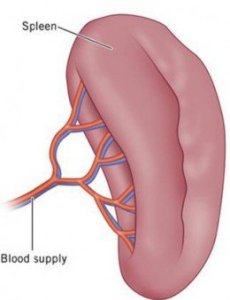 Ironically, though not named after the human organ that recycles iron in the blood, this two hundred acre estate recycles iron in the soil to produce 28,000 of bright, medium bodied, moderately priced red. For the record, the name actually means, ‘to dispel melancholy’.

2014: Big-shouldered wine with a slight confectionary bouquet perfumed with plum sherbet and cotton candy. Creaminess expands in the mouth, but retains a berry yogurt with a finish that is slightly angular and bitter with citrus rind.

2005: Beautifully aged, with chocolate-brown scents and a nice array of sophisticated flavors, including black olive, cocoa powder, truffle and caviar. Silken in the mouth with a bit of youthful liveliness across the tongue, but not much fruit.

The second part of the name comes from Viscount of Vivens, who sounds like a character from Lewis Carroll—but the estate is a Deuxièmes Crus, an elitist position shared by only ten other châteaux. In the heart of Margaux—and having at one time had their wines made at the great First Growth estate named after the appellation—Durfort-Vivens is run by the Lurton family, composed of six generation of winegrowers.

2014: Despite the heritage, a disappointing mouthful with green pepper and a strange, stewed collard undertone. A bit more elegant on the palate, with some soft fruit and a certain level of elegant tannins, but nothing I’d want to explore further.

2005: Even less appealing than the ’14. Mercurochrome and alley urine odors and a medicinal mouthful; whatever fruit was there originally has long since dropped out..
Château Bouscaut, Pessac-Léognan 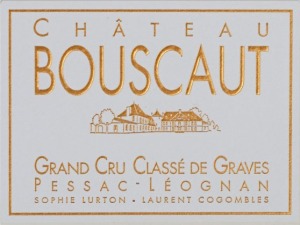 Pessac-Léognan is a sub-appellation of Graves, and a rarity in Bordeaux, known as much for white wines as red. As the ‘Graves’ name suggests, terroirs here are primarily gravel, underlayed with limestone and sand. Drainage is key; so is the pine forest that surround the area, protecting it from humidity and wind, creating a microclimate unique in Bordeaux. The estate of Bouscaut is managed by Laurent Cogombles, and draws fruit from acreage on the highest slopes in the commune.

Blanc, 2014: A strange opening volley, with notes of asparagus and eggy quiche; it quickly dissipates, though, leading to a lovely aroma of passion fruit and pineapple backed by lemon grass, banana and peach. Pure grapefruit on the tongue, with a long, acidic finish.

Rouge, 2014: Simple, ripe, lush with a firm acidic backbone and a profile of basic red fruit.