Posted on November 9, 2016 by intoxreport

‘What can you say ‘bout Muscadet that’s not about lemons and briny spray?’

Like me, you probably have an image of Muscadet that begins on a scale of steely simplicity and works down to utter vinous neutrality. The region, on Loire’s far left, butting the Atlantic Ocean, relies on a grape so innately forgettable that most people forget about a second after they learn the name.

The wines from this strange little appellation were originally grown for distilleries, like the insipid sippers made from Cognac’s one-dimensional Ugni Blanc. At least Burgundy was planted by lusty Romans; Melon de Bourgogne found its way to Loire via the race least likely to know anything about viticulture other than the headhunters of Papua New Guinea: The Dutch.

The vines in Pays de la Loire used to be red, but after a frost in 1709 froze them all to the ground, the Wooden Shoe Brigade marched in and planted a cold-hardy white varietal then on the decline in Burgundy. The intention was to produce eaux de vie, but for myriad horticultural reasons, the grape did better in the Loire than it had in , and the iconic wine called Muscadet has been a mainstay of the region ever since—the wine that many Europeans consider to be the best shellfish match on the planet. 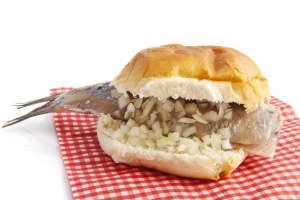 Why do we call it ‘Muscadet’? Whereas it’s obvious that telling people that your wine is made out of Melon leaves room for cantaloupe confusion, it seems strange to settle on a name destined to be confused with Muscat and/or Muscadine, two separate and unrelated species, or Muscatel—a fortified sugary wine for hobos. But again, we are dealing with the Dutch, a race that eats chocolate sandwiches, say ‘Hi!” when they’re leaving and respond to everything else with “Tsjonge, jonge, jonge, jonge, jonge.”

In any case, the Muscadet appellation was only made official in 1937 and includes three sub-regions: Muscadet-Sèvre et Maine, Muscadet-Côtes de Grandlieu and the miniscule Muscadet-Coteaux de la Loire, which is smaller than a square mile. At over 20,000 acres, Sèvre et Maine is the region’s powerhouse—something that proved a detriment during Muscadet’s first wave of trendy popularity in the 1980s, when high-volume négociants encouraged Melon overplanting, much of it on land that was better suited to growing actual melons.

As a result, there was a glut of cheap, watery Muscadet on the market for many years, doing indelible damage to the brand.

In its textbook, and perfectly lovely incarnation, a Muscadet is desert dry, bright with acidity, demonstrative of an elusive sense of minerality that may show up as a slight, pleasant saltiness and even a bit prickly from carbon dioxide dissolved during the bottling process. But above all, the paradigm version displays an underlying richness from a period the wine spends aging on the lees; the residual yeast particles formed during fermentation.

In 2011, a cru communaux system was developed in Muscadet, intended to designate superior growing regions within the appellation. The first three named were Clisson, Le Pallet and Gorges.

I assume that there are more of them available in France, but in my secluded corner of the wine world, it is rare to encounter a Muscadet with the creamy depth of these exclusive crus, where a slightly different soil structure and an extended growing season produces riper grapes; older vines produce fruit with more intensity, and thus, the Muscadets, though not quite on steroids, tend to be pumped versions of generic tasting Sèvre et Maines.

Domaine Michel Brégeon has been a leading advocate of these small, intense, privileged plots. His Gorges vineyard, for example, is less than twenty acres. It is built on gabbro soils, locally called ‘green rock’—acidic, decomposed granite that helps the vines assimilate micronutrients. Combined with ripe harvests from vines that are, on average, 50 years old and prolonged aging on spent lees in underground, glass-lined vats until bottling (up to seven years at times), the wines develop a structural backbone that allows for that most rare of Muscadet phenomena: Traction—an innate ability to get better, not worse, with age.

The wine I sampled from Brégeon, ‘Gorges’ 2013, was still youthful and vibrant, and probably will not reach an optimal maturity for another five or six years. It opens with a yeasty, late-harvesty nose of honey and pineapple, leading into a crisp palate filled with green apple, mint and notably, smoke.

Yet, somehow, the lemon notes that so typify the region remain intact, as an undercurrent that buoys the complexity.

Maybe that’s the lesson learned from the Dutch, who, fifty years before they got into vineyard management, were in the midst of Tulpenmanie—Tulip Mania, considered the first recorded speculative bubble in economics, during which virtually every soggy bog of reclaimed land was planted to bulbous show flowers.

3 Responses to A Must Muscadet