A Tale of Two Carignans

Jon Bonné is so enamored with the letter ‘e’ that he borrows a deformed one from a different language just in case we assume the one in his last name is silent. So, it’s no surprise that he spells ‘Carignan’ with a totally superfluous final ‘e’, as though he’s a grapheme pack rat and Vanna White is having a closeout sale on vowels.

The ‘Carignane’ spelling is a California thing, or so I’m told. I wish someone would tell me why, because it’s dumb. I mean, if you are going to re-evaluate Carignan’s spelling, aren’t you better off with ‘Carinyun’, which would at least serve some functional purpose among the phonetically challenged?

Unless, of course, you happened to be obsessed with the letter ‘e’.

When Bonné writes about the old vine Carignans of Central California—of which there are a few superb examples that date back more than a century—I’m surprised he doesn’t spell it ‘olde’ vine, the way advertisers do to evoke a sense of faux medieval archaism. Or better yet—and even more pretentiously—‘Ye Oldé Viné’, which would completely screw with the syllabic integrity of the concept but use a bunch of gratuitous ‘e’s. Alas, Jon, I suppose we can’t have archaic and pronounce it too.

When I was in Lodi last year, I had a chance to sample some Carignans from the extremely (with a capital E) old head-trained vines of Jessie’s Grove Vineyard—acres originally planted in 1886. For a level set, during the year those cuttings went into the ground, Karl Benz was applying for a patent for the world’s first automobile, the first bottle of Coca-Cola was being sold in Atlanta and in New York Harbor, the Statue of Liberty was being dedicated; Grover Cleveland was President and Jon Bonné’s great grandfather wasn’t yet a gleam in his great great grandfather’s ‘e’. 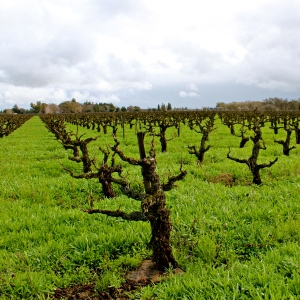 The exceptional longevity of this vineyard—lying within the Lodi sub-appellation of Mokelumne River—is due primarily to well drained soils composed of deep layers of sand and loam. The colander effect proved so effective against the phylloxera plague of the late 1800’s that hundreds of acres of vines still grow on their original rootstock. These are bragging rights that fewer than 1% of the world’s current vine crop can claim.

Does endurance equal excellence? Much as we’d like to pretend otherwise, a certain amount of wine tasting is mystique tasting, but I think it’s beyond debate that older vines can produce wines with more subtlety and depth; more concentration and intensity—and for reasons that are easy enough for a layman to grasp: In the era that Jessie’s Grove was planted, irrigating vines was basically unknown in California, so the vines were forced to produce marvelous networks of roots to search for water.

And, as Amador County winemaker Bill Easton points out, “Underground is where you get all these flavor complexities, all the microbial activity. Older vines are just greater translators of that complexity.”

I’m not sure how much value vine pedigree brings to the rosé party, which tends to benefit more from delicacy than grandiosity, but Lorenza Winery’s 2015 Rosé is made with Lodi old vine fruit—33% Grenache, 25% Carignan, 24% Mourvèdre and 18% Cinsault.

One thing is for sure: Being a rosé, it fulfills Jon Bonné’s primary condition: It contains a fancy ‘e’.

Nothing Languid about Languedoc

Meanwhile, on the other side of the world, in the Coteaux du Languedoc in Southern France, winemaker Sylvain Fadat is waging a battle of reputation. Not his own, of course—la famille Fadat is five celebrated generations into the wine growing business along the lower slopes of Mont Saint-Baudile in the Cévennes foothills. 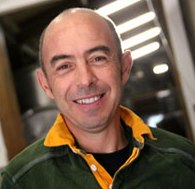 In 1989, Sylvain established Domaine d’Aupilhac in Montpeyroux, one of the former ‘crus’ of Languedoc, embarking on a singular mission: Despite naysaying critics who consider Carignan at best a blending grape, and at worst a crude, overproduced anachronism better replaced with the Holy Trinity of nearby Rhône, Grenache, Mourvèdre and Syrah, he has invested heavily it, opting to blend ‘Le Carignan’ with… nothing.

So iconoclastic is producing a pure Carignan in the Montpeyroux AVA that it’s illegal. Fadat has opted to declassify his 100% Carignan in order to showcase the majesty he believes the lowly varietal can (if properly attended) display: ‘Le Carignan’, his lone varietal centerpiece, thus wears a generic Mont Baudile IGP label.

“I’ve produced a pure Carignan since 1989,” says Fadat. “I know it can produce incredible wine with finesse, balance and good acidity. Carignan holds its acidity even if the summer is hot. ‘Le Carignan’ is made without any oak because I don’t want people to say my Carignan is good because of the quality of the barrels.”

He also avoids macération carbonique, the technique many local vignerons rely upon to tame Carignan’s tannins and amplify its fruit. Over the years, borrowing wisdom from his grape-growing kin, he has learned to temper any inherent roughness the varietal may show by careful vineyard management and patience: Carignan’s ability to maintain acid levels allows for longer hang times, and Fadat’s 60 year old vines enjoy southern exposures to extend the ripening time required by this grape in Languedoc before it can produce world class wine.

And ‘Le Carignan’ is that: The wine is opulent and elegant, opening with an intense burst of blackberry and honeyed violet. On the palate, it is silky and fruit-bold with light, sweet wood notes, as likely from the grape guts as from the foudre. A generous length as long as the Languedoc growing season, ‘Le Carignan’ is, in general, refined and polished. But there remains the slightest tug of rusticity that and allows the wine to maintain a sense of the casual—this is precisely what you’d hope to find in a wine from the Languedoc.

You spell ‘Carignane’; I spell it ‘Carignan’, let’s call the waiter over and rack up another bottle:

This entry was posted in Languedoc-Roussillon and tagged Carignan, Jon Bonne, Sylvain Fadat. Bookmark the permalink.

2 Responses to A Tale of Two Carignans