We all know the futility of arguing on the internet, but I believe I have elevated argumentum  inutilis to a fine art by getting into a debate with a pair of British wine experts about American gun laws. 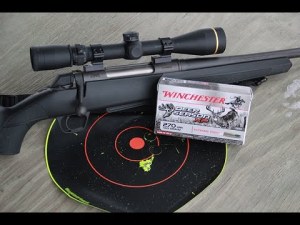 The kerfuffle was instigated by my network buddy Robert Joseph, who is a Master of Wine consultant, also an award-winning wine critic, also editor-at-large at Meinger’s Wine Business International, also a visiting professor at the Burgundy Business School, but who finds time in his busy, wine-soused schedule to scratch his salt ‘n’ pepper Caesar over American attitudes toward gun ownership.

Mid-discussion, his compatriot Nick Oakley chimed in with similar discombobulation; Nick is a Master of Wine candidate (as I am a prospective billionaire) who owns Oakley Wine Agencies in Colchester, England.

Both of these gentlemen, ensconced within their distant shires, display a certain naïve sense of confusion as to why the United States doesn’t simply amend the 2nd Amendment.  As if that is such a logical, no-brainer solution to gun violence that they can’t understand why we don’t cream all over it.

In any case, as always, I am deeply touched when foreigners are so concerned about our cultural idiosyncrasies that they work themselves into a social media lather over them.  That goes double when they are from a country that is solely responsible for our gun laws.

See, we used to be proudly British.  Chuffed, as we would have said had we not bounced Robert and Nick’s forefathers back across the Atlantic because King George III insisted on paying off debts via a series of unreasonable taxes imposed on us without our consent.

So we lobbed a little Lipton into the lagoon, and didn’t that piss off old Georgie Trey?  The whiny bitch sent over his goon squad and the rest is history.  American history.  And my favorite chapter in American history; the one in which we boot out the bad guys and become the Alpha Thugs in our vast and profitable playground, ready, willing and able to make up our own set of rules.

We call those ‘The Bill of Rights’.

At this point, Nick Oakley dropped in to remind me that Americans ‘really don’t consider the Bill of Rights amendments at all. Rather as refinements that defined the exact structure of the Constitution.’

Huh?  I wasn’t there at the signing, granted, but I can’t imagine that that the framers of the Constitution would have named them ‘Amendments’ and given them individual Amendment numbers if they didn’t consider them Amendments. But who knows?  They also claimed to believe that all men are created equal while maintaining an economy under which millions of men were not equal; as for women, based on plenty of criteria, equality doesn’t apply to them even today. 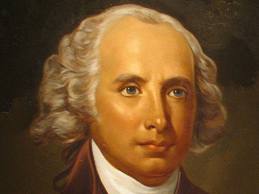 Of course, the Bill of Rights are attached as Articles and not part of the original document because that was initially deemed unnecessary—not because these rights didn’t exist earlier, but because the federal government was supposed to be imbued with such limited authority that a catalogue of specific rights was superfluous.  It was all good.

James Madison wrote the Bill in response to Anti-Federalist concerns that a select few liberties needed to safeguarded explicitly: The right to free speech, for example; the freedom to practice religion, the freedom to assemble peacefully, the freedom to own guns.

In any event, the 27 Amendments are meant to expand our freedom, not limit it.

And despite the name, they are not (as Nick and Robert seem to think) a  list of afterthoughts—in fact, as rights, they were and are inalienable.  Can neither be granted nor taken away so long as the rightee remains within the bounds of law.

The Amendments, therefore, do not exist to tabulate pre-existing rights; they exist specifically to prohibit the government from infringing upon them. 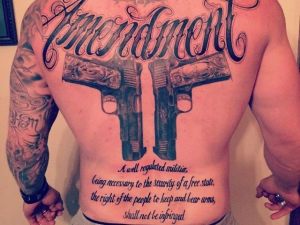 Thus, the 2nd Amendment and its vague verbiage about securing states and training militias and bearing arms has no real relevancy in a discussion about my ‘right’ to own a Winchester XPR Bolt Action rifle, because the overall tenor of the entire Constitution is quite unambiguous:

It’s not so much that I have a ‘right’ to my own possessions so long as I use them safely and responsibly; that truth is held to be self-evident.  The Constitution and the attending Amendments merely exist to remind Uncle Sam, Uncle Obama, Aunt Hillary (and Cousins Nick and  Robert) to keep their hands off my stack.

That holds equally true for my X-Box Console, my refrigerator, my Winchester Bolt Action, my Ford 150 and my jeroboam of Beaucastel.

And you doubted that I would bring the chat back around to wine? (!)

Well, Now I Am Going to Make It Exclusively About Wine

To my friends across the pond, be advised that Americans are just as concerned about firearm deaths as you are.  Imagine that! And automobile accident deaths, too—keeping in mind that according to the state, nobody has a ‘right’ to drive—that is a state-controlled privilege.

There were about 33,000 deaths from firearms last year; homicides, suicides and accidental deaths combined.  That is a horrific number; no argument here.  But, if we are running with statistics, you’d also have to point out that there are over 300 million guns in this country, which means that of privately held weapons, only one in ten thousand caused the death of another human being.

Now, if (as is postulated by anti-gun folks) guns are ‘designed to kill’, that either makes them among the most poorly designed gadgets in the history of engineering, or it means that 99.99% of gun owners use them for something other than that for which they were designed.  Or it means that killing other people was not necessarily their purpose in the first place.

But, as is also postulated, whatever their purpose through intent or execution, guns are unnecessary, and that I will concede.  Mankind made it a whole lot of years before the invention of gunpowder and in the meantime figured out all sorts of creative ways to hunt, murder, wage war, kill themselves and otherwise snuff out life.  And shoot at road signs too, more than likely.

Even So, Drinking Far Out-Paces Shooting as a Leading Preventable Cause of Death in the United States

Approximately 90,000 Americans every year die from alcohol abuse—according to the CDC, excessive drinking was responsible for 1 in 10 deaths among working-age adults.

That makes alcohol—the very substance upon which Robert Joseph and Nick Oakley have built their careers—three times as deadly to Americans as the firearms they so despise. 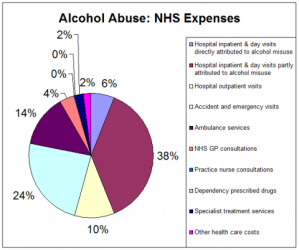 And what’s more, within their own bailiwick, it’s even worse.  World Health Organization claims that 28% of Britons are binge drinkers, almost twice as many as the global average. Further, the NHS estimates that in the UK, 9% of men and 4% of women show signs of alcohol dependence, leading to about 33,000 deaths a year—a figure nearly identical to American firearm deaths per year in a country with less than a quarter of our population.

But, of course, like firearms, drinking is not necessary to anybody’s lifestyle, except those who profit from it.  Those who make it their vocation, their area of expertise, the focus of their studies, the raison d’être for their paychecks. 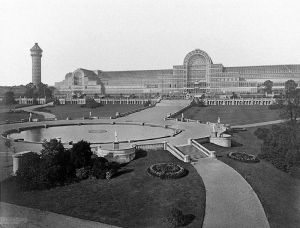 The Crystal Palace was a British plate-glass building originally erected in Hyde Park to house the Great Exhibition of 1851; the name was later used to denote an area of south London and the park that surrounds the site, home of the Crystal Palace National Sports Centre as well as Crystal Palace F.C.

What does that have to do with anything?

Nothing beyond a gentle reminder of an old saying:  What are people in glass houses not supposed to throw? 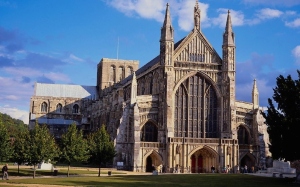 Here’s another old saying, Robert, Nick and any other Brit that wants to chime in on our gun laws:  ‘Amendments are written by the victors’.

Or something like that.  Doesn’t matter; we won, boys.  We are the victors.  Just be glad we didn’t decide to rename it Winchester XPR Bolt Action Cathedral.