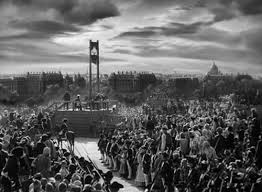 Or something like that. When we were assigned that ponderous boat-anchor in high school, I told Brother Lithgow, “I’m not reading any more until this Dickens schmuck makes up his mind.”

I did read more, though.  Smacking students was not only legal in Catholic school, it was de rigueur.  And I’m glad I did—the overlong, overwritten and overwhelming exploration of the divergent characteristics of human nature, symbolized by a city to the north, and one to the south, is worth the odyssey.

I have a similar reaction to the dual faces of Syrah, the patriarch of  Northern Rhône, the enfant terrible of Washington, the darling of the Central Coast and the honeysnuggles of the Barossa Valley. 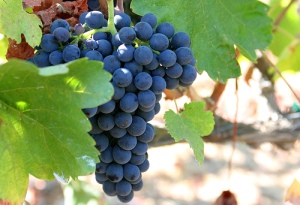 In Spain, the grape expresses a number of attitudes grafted from all the above, and can produce Syrahs as unique as any.  Impossible to generalize of course, but were coals held to my fallen arches I’d say that Spanish Syrah tends to be less fruit-driven than New World Versions, less brooding that French versions, less ripe than Aussie shelf-stockers.

Exceptions abound, no doubt—one of Syrah’s more remarkable pedigrees is its ability to express the personality of where it is grown.

The two I contrasted yesterday perfectly showcased the duality inherent in the grape; one, like the London of Dickens’ novel, was dark, fog-bound and treacherous, the other, like Paris in metaphor, was gaudy and bright, but with the trappings of artifice.

I’ll try to explain what I mean, using less words than Book the First; I promise.

d’Encus has an interesting back story—it was first planted in 1151 and at the time, great hollows were carved from solid cliff-side rock, which winemaker Raül Bobet still uses.  51 acres are planted to vines, spread in the high-altitude technique of dense spacings (up to 3000 vines per acre), but grown  on low-yielding root stock.  This leads to smaller vines producing fewer grapes of higher quality.

‘Thalarn’ is 100% Syrah, which in Costers del Segre (in western Catalonia) is somewhat unusual—the grape is useful as a component ingredient in several Spanish master recipes, but in this case, the purity of the manifest expresses the clarity of mountain-grown Syrah.  The wine shows a splashy core of colorful fruit, but it comes off almost confectionary on the nose, like sniffing Grandma’s bowl of hard-shelled raspberry candy.  There are floral undertones, sweet as the gilded salons of Versailles, and a palate as smooth and as embroidered with cerise and cream as any formal French silk suit. The wine shows aristocratic breeding without sharp edges, but it’s longevity may be subject to subjects beyond its control. 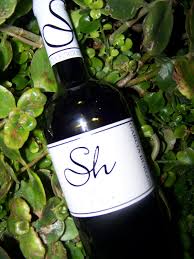 Javier García and Laura Burgos, a pair of well-respected winemakers from northern Spain, teamed up at the Cantera de Santa Ana in DO Navarra to produce a pure Syrah on the lower slopes of the Pyrenees mountains.  The story I heard was that they called it ‘SH’ because this is Garnacha country, followed by Tempranillo and Viura, and straying from the pack has meant going with one of the varietals introduced to Navarra in the eighties—Cabernet sauvignon or Merlot.  Syrah is still sort of an iconoclastic upstart in this ancient winegrowing region, so when Javier/Laura decided to vinify it alone, they wanted to keep it sort of hush-hush—hence, the name, which probably should be pronounced with four more ‘H’s.

This is the opposing face of Syrah in northern Spain; SH leads with the force of a charging Tudor, all brusqueness and potency with big earthy smells and heady aromas of pipe tobacco.  These notes are repeated in the mouth, with more fruit, though black and blue fruit—blackberry, blueberry along with pepper and bittersweet chocolate.  A long finish and enough character to anticipate an even longer reign in the kingdom of Wine Cellar.

(I could, of course, go on with the lame Dickens metaphors, but something tells me that it is a far, far better thing that I do, than I have ever done, if I don’t.)

1 Response to Syrah, Syrah: A Tale Of Two Pretties