Posted on February 8, 2015 by intoxreport 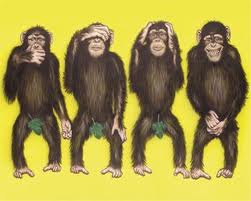 If my description of the following Pineau des Charentes is so passionate that you feel a Svengali-like drive to go buy some, better hurry.  The hand-numbered bottle I tried was listed 885/900.

Bottom of the barrel takes on a whole new meaning.

Meanwhile, Pineau des Charentes is a whole new twist on dessert wine.  By ‘new’, of course I mean ‘really old’, but like plenty of regional French wines, hardly anyone in the United States is familiar with it.  And those who are don’t necessarily like it. 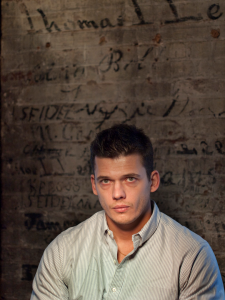 From the Cognac region, it’s a fortified wine made by combining eau-de-vis (in this case, year-old Cognac) with freshly pressed juice from the Cognacian trio, Ugni blanc, Folle blanche and Colombard, which is then put down for an 18 month nap, with eight of those months required to be in oak.  Five years worth of aging earns the designation ‘vieux’ and ten years plus, ‘très vieux’, wines which Nicolas Palazzi—the Pope of Pineau—insists “Have developed a complexity that has nothing to do with the young stuff.”

Interestingly, even the pricier vieux versions still rely on neonatal Cognacs to arrest fermentation, because, according to Palazzi, there’s simply no market for Pineau des Charentes. “Small guys make more money taking Cognac that could go into Pineau and bottling and selling it as Cognac for €40 instead of using that same Cognac to make Pineau and trying to find somebody who’s going to buy the damn bottle for €4.”

Due to Pineau des Charentes’ respectable alcohol-by-volume, generally 17%, it is classified as ‘dessert wine’, and even says so on the bottle. But in style and tradition, it may work better as an apéritif—which, for the Franco-challenged, means ‘not dessert’.  A reason for that, and why, for the most part, vintners in this part of the world make liquor out of Ugni blanc—a.k.a. Trebbiano—instead of wine is that the varietal suffers a ferocious natural acidity and a congenital lack of character.

That’s good for creating a high-proof product destined to taste more like wood than grapes, but in wine offers little by way of complexity or depth and is, in the very best interpretations, pretty neutral.

Sémillon, on the other hand—grown a hundred miles to the south—is a component grape of the world’s finest (white) dessert wines; the Superstar of Sauternes and the Belle of Barsac makes a luscious, creamy, mouthfilling wine, but of course, there’s pourriture noble involved and a lot of late harvesting.

Pineau de Charentes is from a different menagerie entirely, and offers a sharp focus of intensity.  The high acidity slices through natural grape sugars like that Ginsu knife used to do with tomatoes; it‘s sweet, but not sappy and served (as it often is in its hometown) with a single cube of ice, it makes a better meal starter than a meal finisher, at least to the palates of its champions.

And, it must be said, 90% of all Pineaux made are consumed locally. 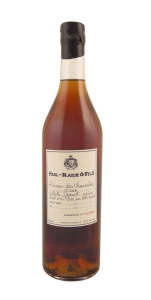 I can assure you that bottle 885/1000, Paul-Marie et Fils Pineau des Charentes Vieux, was not consumed locally—not in their time zone, anyway.  It was consumed by some Detroit wine grinders on a snowy Saturday afternoon in February.

It showed a striking nose of orange pekoe tea, caramelized crème brûlée sugar, light apricot and slightly-oxidized aromas of hazelnuts, like Fino sherry—all of which were picked up on a keenly-balanced palate.  Flavors were crisp, not cloying—I can see that the traditional ice cube would have diluted and chilled the stuff without detracting from it.  Even with a hearty dose of tartaric acidity, Sauternes might feel heavy in the mouth; this Pineau does not.  It carries with it dulcet notes of honey and caramel, with peach and lime peel and a clean and graceful exit.

This is one of those fun wines of discovery; steroids for your proficiency.

This entry was posted in FRANCE and tagged Nicholas Palazzi, Pineau des Charentes. Bookmark the permalink.