Never mind that he was born in Chicago, went to high school in California, lived just north of San Francisco and drove around Napa like he owned the joint—which, in part, he did.

Here in Detroit, Robin Williams will always be a Detroit boy. 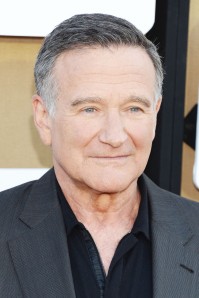 His father was a Ford executive and before he moved the ancestral silver spoon from his mouth to his cocaine-filled nose, Robin went to Detroit Country Day—a school for rich kids who we simultaneously despised, mocked and envied.  Country Day kids tended to be smarter than us—they were definitely richer than us—but in the end, as Robin Williams so poignantly proves, they were no happier than us.

Williams’ schoolboy days were a few years before my own, and when I first saw him as Mork in 1978, I was enthralled. When I scrutinized his improv over subsequent years on talk shows and before live audiences, I could not believe the instantaneous wit that seemed, indeed, to come from some planet beyond the galaxy.  As such, still being a young wannabe comedy writer, the fact that Country Day kids could not only be smarter and richer, but light years funnier than us left me little alternative but to mock, despise and envy him.

Nothing close to schadenfreude over his death, of course.  Nothing but profound, largely personal sadness, and for reasons that have nothing to do with Country Day, rich kids or the peculiarities of psyche that convince people with everything that they have nothing.

But I’ll get to that.  He’s not the first creative genius to fall down that darkling shaft from which there’s no return, and he’ll hardly be the last.

I was asked by a friend to write a piece on Robin Williams and his relationship with wine, and I assumed that he meant his sprawling Italianate mansion and twenty-four acres of Napa vineyards.  The house was equipped with a magnificent cellar for—irony of ironies—both art and wine.

Problem was, Williams had mostly been on the wagon since 1983, and when he fell off it hard in 2003, he checked into rehab at once.  There is something to be said about the strength of character of someone who can love wine—the lore, the mystique, the history—and dodge the buzz with the determination of a bull moose.

The thing is, by its very nature, the buzz sands out the rough spots in the day-to-day drek we all draggle through, and without that balm in Gilead, life can—and pretty quickly, too–lose its technicolor.

So, at the end of it all, The World’s Greatest Dad hopped aboard the last train to glory by his own rules.  As it happens, so did the world’s greatest mom.

My mother grew up as a rich kid on Detroit’s East Side, and was, in her time, by far the best fashion illustrator in the city.  Like Williams, her father was an executive at Ford—in an era when Ford, and by default, Detroit, pretty much had the world by the short hairs—but she opted into a non-automotive career, marrying a fellow illustrator she met at art school and going on (in an era where everything was drawn, not photographed) to pretty much blow her advertising colleagues out of the tub, talent-wise.

The connection between runaway creativity and suicide is pretty well documented—the list of insanely talented people who topped themselves doesn’t need to be hashed over.

Depression is a pretty equal opportunity affliction, and I’d venture to guess that most suicides leave behind no estimable body of art.  But I have no doubt that most of them were loved savagely by someone, somewhere, just the same.

The tragedy—and the reality that is often most confusing to those left in the wake—is that being loved, even worshiped, is not enough.  By its very definition, self-destruction is a selfish act, and only happens when someone is so subsumed in ego that the inevitability of causing irrevocable damage to everyone around them, to throwing permanently off-kilter those who often tried to help them, has become irrelevant.

Happiness seems to be an equilibrium that we’re all driven to seek, and there are those rare individuals—people we are grateful took their first breath in any case—who reached so deeply inside themselves in search of solace that even if they didn’t find it, they found instead a tappable wellspring of something profound and beautiful—something that they were, for a short time, unselfish enough to share.

This entry was posted in GENERAL and tagged Robin Williams suicide. Bookmark the permalink.