Cider: Easy To Be Hard 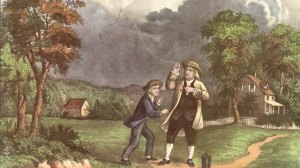 “Time for a cider break, massa.”

Some of the ideals upon which this country was founded—around the time we stole it from the Indians—are worth leaving on history’s toxic waste dump.  Slavery, the inequality of women, child labor, taxation (even with representation) were bad career moves, all.  But fermented apple juice, the bevvie which poured more sparks down Ben Franklin’s keyhole than all storms combined and which John Adams consumed a tankard of before he dotted his first ‘i’—is the all-but-forgotten founding fodder of this nation’s drink history.  In Colonial days, that’s pretty much all we drank, with the average Jane and Jehoshaphat consuming 35 gallons of cider annually and New England producing more than a quarter million gallons a year. 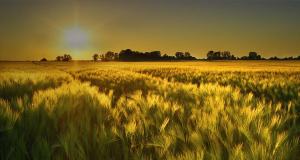 For this, we can thank the Brits.  In 20/20 hindsight, tacking a tariff on tea was a dud, but they clearly knew that as far as climate goes, the Original Thirteen was no barley basket.  In England, then as now, barley—with its short growing season and adaptability to poor soils—was the dominant arable crop.  Here, soils near the ocean were infertile, while those inland were phenominally fertile—far more than barley requires—and wheat, which has a hard time maturing in Britain, grew well.  Further south, of course, tobacco was the crop of choice.  So, very little beer stuff was grown, but wild apple trees were everywhere, and Puritan pilgrims found it much easier to simply produce and drink the old country standby.

Something about the geometrical layout of an apple orchard struck these church-going folks as world order in metaphor, and so they soon began to reproduce the layout of orchards in Devon and Somerset, using seeds and cuttings they brought from home.  In the new country, traditional cider varieties like Dabinett and Yarlington Mill soon mutated; apples are funny that way—they require pollination from other trees, and for a better fruit set, from a different variety.   (As a personal side note, I have a few apple trees and find oddball apples every year; some are pollinated with crabapples).  As such, the apples grown in New England today are unrecognizable when placed among their Old England peers. 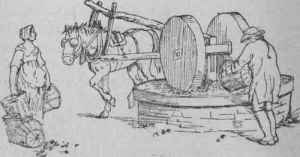 Anyway, the apples may have changed, but the cider making process stayed the same and is, among artisan producers—the only ones worth drinking—unchanged today.  Apples are crushed, the pulp placed in burlap sacks and squeezed dry with a screw press; the juice is filtered, then fermented.  Apples are far less sweet than grapes, and without added sugar, apple juice ferments to around 6% alcohol, making it a nice thirst-quencher without too much wallop.

So, why did this delicate drink fall, like Newton’s apple, from grace?  Two words: 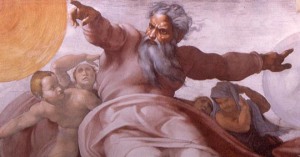 The real God: Angry, judgemental and not nude.

You know, it sort of has to be said:  Germans, for all their precision, record-keeping, early rising and Scrabble-tournament word structures, are not Godly people—at least not in the sense of the real God; the old man on the ceiling of the Sistine Chapel.   I mean, we’ll set aside any mention of two attempts at world domination as being too politically incorrect, but come on…  Really, Martin Luther?  No Pope, God’s right hand man?  No celibate priests, except with altar boys? No indulgences?  Dude, if you think I am spending an extra trillion years in Purgatory just because some heretical, worm-eating Hun has a stick up his Heinie, you better think again.

We all know that all Germans are secretly pagans in any case and actually worship Norse gods like Odin and Wodan and that flying salamander Rodan.  So it is no wonder that they would bring to this country a chaotic upheaval of the cider industry in favor of beer. 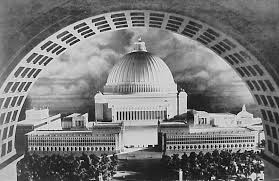 The first brewery in the United States. Thank you, German people.

And not just a keg or two; Germans, as a rule, have no sense of proportion—consider Welthauptstadt Germania.  They moved west, where they could grow as much barley as they wanted, and began to mass produce beer on a scale that is unimaginable to those us from a race that does not look at Russia and say, “Yeah, I could have that; easy peasy.”

Beer took over; it was cheaper and had a longer shelf life.  Cider’s final death knell was Prohibition, and cider apple orchards were hacked down by the feds and replanted with things that were non-ciderable.  Whereas the drink is still big in Europe, especially in the world’s largest cider producers Normandy and Brittany, the industry here never recovered and until recently, ‘cider’ was the mill where you took the kids in October everything you bought was rated ‘G’. 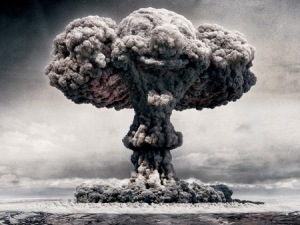 Still, irony reigns.  Just as we won the-war-I’m-not-supposed-to-mention using a bomb built primarily by expat German-Jewish scientists, so did the beer industry itself revive interest in farmhouse cider.  As microbreweries took center stage in the imagination of craft beer lovers, many of them ‘re-discovered’ the glory of cider.  According to the Beer Institute, the last five years has seen explosive growth, with cider sales increasing 68% in 2012-2013 alone.

That, however, is but a drop in the figurative brew bucket, partly because the upfront costs of growing the sort of bittersharp, high-tannin apples that make the best cider (called ‘spitters’ because they are too tart to eat) are prohibitive.  An apple tree requires three to five years before it becomes productive, and per acre profits are less for spitters than a farmer could earn if he grew ‘dessert’ apples like McIntosh or Delicious.  You really have to love what you are doing, and have a lot of time to spend loving doing it.

And yet, loving it and doing it they are ; cider in the United States has grown so exponentially that there aren’t enough bittersharps to go around.  According to Sherrye Wyatt, executive director of the Washington–based Northwest Cider Association, “It’s incredible how fast the growth has been. Cider makers are not doubling or tripling sales—it’s thousands-of-percent increases.” 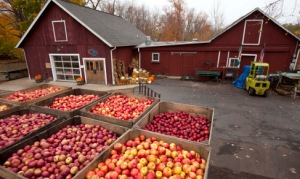 As a Michigan kid, I refuse to concede the superiority of Pacific Northwest apples, but I must say that the brace of beauties I tried from Cider Brothers recently gave Michigan ciders a run for their money.  Apparently, this Lodi-based operation shrugs off the bittersharp shortage and goes with the pie-packers and lunchbox-loaders Golden Russet, Gala, Fuji, Red Delicious and Granny Smith, begging the question:  If these guys can make such a delightful drink out of such high-volume apples, at which point are those cideristas seeking high and low for another bin of Yarlington Mill going to realize that Trader Joe’s stocks all the raw material they need to make a batch decent enough for general consumption?

In any event, the first of the two 22 oz. bottles is called William Tell—named for the legendary Swiss marksman who shot an apple off his kid’s head.  Like its namesake, the cider hits the bull’s-eye.  An intense, candy-apple nose filled with many layers of rich fruit; sweet red apples, pears and spicy pie just like Mom would have made if she’d actually known how to cook.  There’s perhaps a whiff of chemical, but nothing off-putting.  The mouth is full and crisp; the apple notes carry through beautifully and the cider finishes dry and long on the palate with a fairly intense apple-peel lusciousness.  Great food cider, with pig being the obvious, if unimaginative flesh-of-choice.  That said, I marinated a couple of chops in the leftover cider for a couple hours and grilled them: Superb.

The second cider is a rather odd concoction which blends the five-apple cider with 15% pinot grigio.  Whereas I may question the ultimate synergy here—as I do with that equally random British lemonade/beer mix known as ‘shandy’—this is fresh enough tasting and handcrafted with sufficient care to make it noteworthy.  Most of the Jolly Rancher hard candy highlights remain, but the pinot grigio adds some stone fruit notes, especially peach cobbler, due—I suspect—to the yeast that gives the cider its sparkle.

Both bottles sell for around $9.