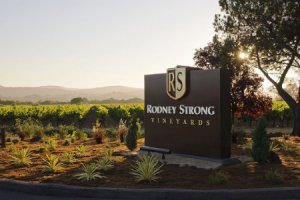 Rodney Strong keeps sending me wine and I keep drinking it and enjoying it.  But I don’t keep writing about it, because in my inimitable sense of self-importance, I figure that there are only so many times a year that I can write about a given winery without sounding like they are sending me free wine to write about.  Not only that, but my nasty little secret is that I don’t write a wine column because I want to spread the Grape Gospel to all creation, but because I have this Freudian fixation on really bad puns and word alliteration OCD and this sort of hobby is therapeutic.   Oh, and I’m an alcoholic who prefers not to pay for product if it is creatively avoidable.

On the other hand, I can only come up with some many idiomatic twists on the word ‘strong’ and none on ‘Rodney’, so I have to limit my output accordingly.

Two things occur to me:  First, as an honorable man, I should repay the kindness of these strangers—at least periodically—with a thumbs-up pat-on-the-back shot-in-the-arm, even if it means going out on a limb.  Second, without the occasional positive feedback, this sauce sluice might close down down permanently, and we can’t have that.

You see, at nearly a million cases per year, I need Rodney more than Rodney needs me.

Ergo, a revisit to a lifeblood donator who is, despite my ignoring them eleven months out of the year, still going strong.

With apologies to Erich Segal, what can you say about a winery that was founded by a ballet dancer who died?  And then was purchased by Guinness, who as winemakers make a killer stout, then re-purchased by a Stanford MBA, who as a businessman makes a killer bottle of wine?

You can say Wine Enthusiast’s 2013 American Winery Of The Year and everything else sort of falls into place.

For years, the Rodney Strong I knew occupied a place as drinkable corporate wine, good for a house pour in the sort of restaurant where people order by varietal and price rather than winery and vintage.  They were, for the most part, true to purpose—the merlot was plummy, the chardonnay buttery, the cab blackberry-y—and they were produced with an obvious eye toward flaw-avoidance rather than character development.

Tom Klein looks more like a winemaker than an MBA anyway.

Then, in 1989, along came Tom Klein and his resume, which included a lot of business management but very little enology.  Proof positive that passion may trump experience.  Not always, of course, but in this case, Tom knew what he was after:  Sonoma varietals that expressed the nuances of individual vineyards and could be specifically identified as such.  And if restaurants wanted to buy into the new philosophy, more power to them: The financial commitment that Tom made was in the millions, and Rick Sayre, the  winemaker, was convinced to stay aboard.  Not that he would have jumped ship in any case: He recognized that the winemaking winds had shifted in his favor and that, with Klein at the helm, all the art he’d learned under the direction of Andre Tchelistcheff in the ‘70s would finally pay off.

And has.  Of special renown are his handcrafted Alexander’s Crown Vineyard Cabernet Sauvignon and Chalk Hill Vineyard Chardonnay, which have pulled down awards across the globe.

Despite a powerhouse output of over 800,000 cases annually (some of which has ended up on my doorstep via UPS), the upper-end selections remains individualistic and delicious, while the brand name remains one of the strongest in the business.

(The R.S. portfolio includes so many wines in various price strata that I am restricting myself to a handful from the Estate selections: Wines from Strong vineyards in Alexander Valley, Russian River Valley, Sonoma Coast and Chalk Hill AVAs and retailing for between $25 and $30.)

Rodney Strong Vineyards, Estate Syrah, Dry Creek Valley, 2010, around $30:  Dry Creek Valley and the Northern Rhône share a similar climate, allowing this Hermitage superstar to shine in Sonoma; the wine is powerful and concentrated, showing rich chocolate notes, coffee and blackberry with a solid backbone of tannin.  Tertiary notes are licorice, black pepper and a snuffle of truffle. 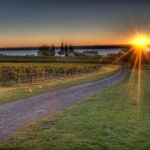 Rodney Strong Vineyards, Estate Chardonnay, Sonoma Coast,  2012, around $25:  First aromatics are ripe pear, guava and pineapple, but as the wine opens up it shows rich cantaloupe and honeysuckle.  Creamy fruit is balanced by bright acidity and judicious, not overwhelming, oak notes.

Rodney Strong Vineyards, Estate Riesling, Russian River Valley, 2013, around $25:  Not my favorite of the bunch, but a respectable entry into the field.  Some classic notes including green apple, lemon-lime, honey and a hint of clove, but overall a fairly simple wine.  At the price point, better rieslings available.

Rodney Strong Vineyards, Estate Pinot Noir, Russian River Valley, 2012, about $25:   Best of the bunch IMHO; beautifully defined wine with a lusciousness that is pure pinot hedonism.  Lovely rose-petal and candied cherry aromas meld into a firmly-structured mouthfeel, elegant, but retaining enough rusticity to remind you that you are drinking real pinot noir—one cultivated with a love of varietal integrity.

Rodney Strong Vineyards, Estate Zinfandel, Knotty Vines,  2010, about $25:  A nearly ideal growing season for Sonoma zinfandel—long, hot and dry.  The grapes clearly developed full phenolic ripeness, and the wine is an impressively extracted blockbuster, filled with smoky blackberry and raspberry flavors and buoyed by acidity.  An almost savagely delicious zin that is both bold and balanced and shows its heritage without excuses.