“Come on, Margaret. What could one teeny-weeny little drink hurt?”

I’m no Robert Young, but when my children come over on Fathers Day, we tend to drink like him.  Yes, that irrepressible insurance monger Jim Anderson—who Young sought to portray as the sort of non-boob, non-dimwitted patriarch he thought would be ‘representative of a middle-class American dad’—was indeed dipping into a hip-flask during those family meetings.  Later in his career, Young admitted that he’d been a hardcore juicer, even attending AA meetings during the series at the behest of his producer.

Which brings us to one of those perplexing ego dichotomies that happens every time a hallowed Hollywood hootch-hound goes all public record as being an AA member:

What part of ‘anonymous’ is unclear?

If it wasn’t for the tattoos, she’d be ugly.

Which is why I have recently started a Tinsel Town chapter of Alcoholics Aggrandizonomous which encourages drunks to brag about their demon-battling; we distribute pins that celebrate not ‘days sober’ but ‘days until relapse’ featuring an image of Amy Winehouse, who nobody imagined would be killed by withdrawal symptoms, thus giving the whole rehab industry a well-earned black eye.

Chips off the ol’ Blechhh

Anyway, once my initial crop of first-marriage kids reached the age of majority and I realized that they could, for the most part, drink me under the table. My mission in life became to educate them in the art of drinking responsibly.  And by drinking responsibly, of course I mean learning to ante up the pelf required to drink for quality.

At these prices, quantity pretty much takes care of itself.

For most people with discerning adult palates (as much a mental journey as a carnal one), the trajectory from cheap to uncheap is a logical and requisite progression.  This is not meant to disparage the backwash that formed the ethanoholic foundation of my youth; rather, like all things fun and philosophical, like writing stories and making love, after a while, it isn’t enough to simply do it—you want to learn to do it right.

Unfortunately, one of the primary weapons waged in the war to attract discount shoppers to the wine aisle is gobs of added sugar, a synthetic rainbow of color and volatile taste chemicals, often keeping prices down by eliminating anything in wine that the manufacturer finds superfluous—primarily, grapes, vineyards and winemakers.  Boone’s Farm, for example, is malt liquor, made with fermented grain and processed to the point where it closer to Velveeta than vino.

Is it any good?  That’s the domain of ethicists, not curmudgeons. To an universalist hedonist, who believes in the criterion of the greatest good for the greatest number, Boone’s Farm’s omnipresence in every cold box area of every convenience store in every city everywhere suggests ‘good’.  Thinkers like Immanuel Kant, trusting in an absolute good as opposed to a relative good, would disagree, and would have no doubt stated as much over a nice Schott Zwiesel tumbler filled with beerenauslese.

But more on that in a minute…

Since most of you out there in Reader-Land are human beings, chances are you evolved a sweet tooth somewhere along the Darwinian daisy chain.  Sugar equals calories, which—despite Richard Simmons’ yabbering and Paula Deen’s flabbering—are actually good things to ingest.  Plus, in nature, sweet things are rarely poisonous, but bitter things often are, so you can assume that your would-be ancestors who chose the castor beans over the yams didn’t make it to the dessert buffet.   As a result, most of us gravitate toward Cap’n Crunch early in life and learn to appreciate bitter stuff—beer, arugula, kale and coffee—as adults.

Still, as slaves to genetics, sugar satisfies some inner, inalienable imperative, and it is postulated that as a species we might have co-evolved a booze-tooth along with a sweet-tooth since fermented fruit contains both.

In any case, the simple truth is that a lot of self-styled wine people, especially those who have begun to discover the subtle, grown-up glory in dry wine, wherein the quiet esters, unmasked by sugar, are allowed shine forth, begin to claim a righteous disdain for sweet wine of any sort. 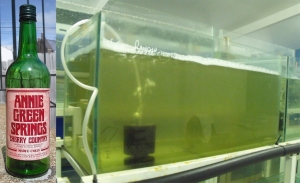 And what a sea of glee they are missing.  Because, of course, not all molars crumble equally, and the sweet stuff sold next to Monster Energy Drink—essentially fermented aquarium water with potassium sorbate added to kill the algae—is about as far removed from Weinlaubenhof Alois Kracher Cuvee Beerenauslese as karaoke night at Gusoline Alley is to Tristan und Isolde at The Met.

This rare little Austrian wine from the iconic house of Kracher—which has been producing such gems for three generations—is sweet revenge for all the bin plonk in every bin joint in all the towns in all the world.  Writers love irony, so Kracher is a good wrench in our toolbox:  When I said earlier that sweet things are not poisonous, I intentionally left out diethylene glycol, that scrumptious, sugary toxicant which is responsible for nearly all the dog poisoning in the world and also was at the heart of the Austrian wine scandal of 1985, when a number of wineries tried to artificially boost the sweetness of their late-harvest wines by adding antifreeze and led to a near collapse of the Austrian wine industry.  Now, to make this doubly ironic, Austrians are normally very clever people: I mean, who else could turn Hitler into a German and Beethoven into an Austrian?  So, the idea that they thought it was a good marketing hook to poison their customers sort of hangs in history as a blunder on the scale of Pickett’s Charge.

But it is triply ironic because many people consider the savior of Austria’s wine industry to be Alois Kracher Jr., the visionary winemaker whose technical mastery (he was a chemist before a vintner) brought a precision to the palate of Burgenland like no one had before him—not even his father, Alois Kracher Sr., who died in 2010 (sadly, after outliving Junior by three years).   Kracher wines, produced from Weinlaubenhof vineyard on the Austrian–Hungarian border, enjoy climatic conditions that favor the development of Botrytis cinerea.  That, of course, is the fungus that produces the luscious, honeyed white wines of Sauternes, Tokaj, Monbazillac and the all-but-forgotten masterpiece Grasă de Cotnari-based wines from the Cotnari vineyard in Moldavia.  In Germany and Austria, these wines may be classified under the Prädikatswein  term ‘Auslese’, or ‘late harvest’ and specifies bunches that are hand-picked in exceptional harvests.  Tack on a ‘beeren’ prefix, and you have further refined auslese wines to those where individual grapes are isolated and crushed, resulting into a concentrated, syrupy nectar that, when it is produced correctly, is a nearly transcendental wine experience.

Polly do and me do, too.  Thus, I wanted to transcend my brood right out of sweet wine apartheid, bringing them into the rarified microcosm of half-bottles and Teutonic tongue-twisters where rot is noble and the antifreeze in the glass is nothing more that ethanol.

Most of Kracher’s selections offer just that; this one, vintage 2010 (a low-yielding harvest which followed a wet summer) was exceptionally well balanced and, as befitting a mouthful like ‘Weinlaubenhof beerenauslese’ displayed a remarkable length on the palate.  I suspect that most fans of German beerenauslese would approve, even though the wine contains no riesling.  Rather, it is a blend of chardonnay and an unusual (for Americans) variety called welschriesling, which despite its name, is not related to the reining Rhinish regent.

Welschriesling is of uncertain parentage, but is cultivated primarily in Eastern Europe as a high-acid, pleasant (if somewhat neutral-tasting) grape which is susceptible to Botrytis infection—far more than chardonnay—and it in this style that the grape truly comes into its private majesty, finding itself on the same exotic and exalted throne as semillon.

The blend is precisely what one expects in a late-harvest wine; brilliant concentration, refreshing acidity and a startling depth of flavor.   A fierce, almost savage nose of preserved apricot and candied pear becomes an unctuous balm of gold that coats the mouth and is filled with creamy citrus, toasted walnut and so many layers of ripe and dried stone fruits that the wine immediately becomes the focus of attention.  For greenhorns, this class of wine is a revelation; for those who are in on the secret, Kracher’s entire portfolio of ‘dessert’ wines is worth the deep dive—including an ice wine from grüner veltliner, a late-harvest traminer and a beerenauslese from scheurebe.  They ain’t 7-11 wines, fo’ shizzle, with half-bottles ranging from $20 to nearly a hundred (the beerenauslese is $37), but they effectively end any naysaying among the neophytes that sweet means ick. 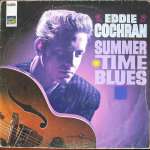 As a side note, whereas many wines categorized as ‘dessert’ are higher in alcohol than their main-course counterparts, this one comes in at 12% abv; a perfectly acceptable punch, especially considering the smaller portions you’d be serving.   At this point in a meal, I might otherwise be bringing out the Calvados or Cognac; but, though legal adults, these are my daughters, my babes-in-arms, and nobody wants anyone to go into eno overload.  Hence, something with sugar and spice and everything nice is just what the nursery rhyme ordered:  And anyway, remind me again who said that there ain’t no cure for the summertime booze?

This entry was posted in AUSTRIA and tagged Alois Kracher, Austrian wine, Kracher. Bookmark the permalink.