Nice people don’t realize it, but when they try to get all acerbic and mean, they sound lame.  And do you know why they don’t realize it?  Because they’re nice, that’s why.  A nice person being mean is like a Chinese person trying to pronounce the letter ‘L’ or a dog trying to meeow—their systems are simply not hard-wired to accommodate it.

Sentenced to 30 days in the electric chair.

Chinese people, of course, are wise enough to spell ‘chop suey’ without any alveolar lateral approximants, and when a dog is approached by a Chinese chef, he does not whine ‘Please let meeowt of here’, he barks hysterically.

Nice people do not always use the same highly-advised insight, and, far from making themselves seem less geeky (like Justin Bieber dissing Bill Clinton while pissing in a mop bucket) it raises their geek quotient exponentially. 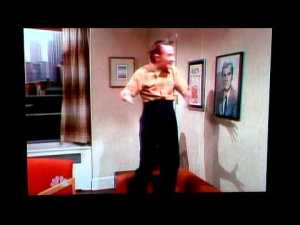 On Facebook, there have been a recent slew of anti-Obama posts by Pat Sajak.  Pat Sajak!  I know, right?  When Pat Sajak tries to be anything but an unfunny Midwestern douchebag with a MILFY co-host, you know that inmates have taken over the asylum.  Pat Sajak is not funny by intention, Pat Sajak is funny by proxy.  Ed Grimley’s classic Sajak stalking is comedy on it’s A-Game;  Pat Sajak trying to milk guffaws from smart people by mocking the President of the United States is not.  If he is trying to change his mass-appeal from dweebish to  droll, Steve Urkel to George Carlin, it comes across as sad, like when the loser in high school shows up one day wearing a Hollister hoodie and Gucci loafers.   You hurt for the dude and glance down rather than have to deal with his flop sweat.

Case In Other Point: 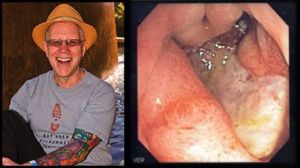 Vinography’s Alder Yarrow decided to play with his dong in public yesterday by publishing a rambling, misspelled, personal diatribe against poor old Steve Heimoff—Wine Enthusiast’s West Coast editor.   And why?  Because Steve is a self-important, middle-aged nerd who likes to brag about getting tattoos, as if this somehow gives him ‘street cred’ instead of making him look like a desperate, inane wallflower?  That would be funny, campy material!  But no—it’s because Steve Heimoff recently questioned the role of ‘social media’ in wine writing, a topic about as interesting as an infected peptic ulcer.

Seriously, can you imagine a sillier topic to get your baby-blue Hollister Beach Boxer panties in a twist over?  And actually waste the time writing about?

I can:  Last week, the Canadian dollar lost .08% against the Vietnamese dong—and even then, an article would at least highlight the fact that the Vietnamese call their main currency ‘dong’ and be worth a mercy chuckle.

Yarrow then goes on to play with Joe Robert’s dong, giggling with schoolboy naughtiness over that particular cutesykins critic’s column on the same dorky, boring subject, quoting him with devilish glee:

“…if people can have a social media relationship with a f*cking bag of candy, don’t you think they can have one with a premium wine brand…?”

…which Alder thinks is ‘hysterical and spot on’, but cannot bring himself to actually write out the word ‘fucking’ because he’s such a nice guy.

‘Show us your dugs!’

Yes, Alder Yarrow is a nice guy.  That comes across loud and clear.  He even looks like a nice guy, all clean-cut and curley-haired and smiley-faced; he’s always mooning on about his beautiful family, saying how pretty the sky looks that day, how ‘culture all but oozes out of the cracks between the cobblestones of Vienna’ and how lucky he is to have a job sucking Jancis Robinson’s right teat—not for a sexual thrill, of course, because that wouldn’t be nice, but a professional teat suck, thus enabling him to imbibe the milk of human kindness and nourish his nice guyhood.

I’m not a nice guy.  I’m a total prick.   I don’t give a shit whether or not you agree with my views on Alder Yarrow, on pinot noir, on social media in wine bloggery, on cobblestones in Vienna or on Steve Heimoff’s anchor tattoo which reads ‘Hey, Ma!  I got a gob!’  because I’m a bastard asshat f*cktard.

And so, when in the course of my mental misadventures I gnaw upon the bones of these witless wankers, it does not seem weird or out of place; it seems like the natural order of the universe.  When Yarrow and Sajak do it, it seems like something’s gone wrong with the earth’s magnetosphere.  I am the predator and they are the sniveling vegans in my carnivorous world, and believe me, brothers and sisters, it is fabulous and funny at the top of the food chain.

And the best part of all?  If you dare to think that this piece is not funny, you may be assured  that I will shake my head at your sad, humor-impaired worldview and presume that you have offered yourself to the schlachthaus, lamb to the slaughter, as a dull, droll-free noob.

You will have revealed yourself as a ‘nice guy’ and I will say a novena for your soul.