Paso Robles Wine Country: Bo Barry And The Dark Side Of The Moon

(This piece is an excerpt from ‘A Rite Of Paso: Paso Robles Wine Country’ to be released December 1, 2013 by Intoxicology Press, LLC.)

Ol’ Bo Barry wants his city back, and brother, is he determined to get it—and ol’ Bo doesn’t care how vocal he has to get about it.

Both Bo, but not our Bo

I call him ‘ol’ Bo’ despite the fact that he’s fit and 32. I have no idea what his real name is, and maybe that’s it. But to me, ‘Bo’ sounds like an old person’s handle—Bo Diddley, Bo Schembechler.  Bo Jackson is over the hill and Bo Derek’s cornrows have turned gun-metal gray.

And don’t get me started on Bo Peep—she can’t keep track of sheep, let alone her age.

Speaking of Peep ‘n’ sheep, Bo Barry is as dyed-in-the-wool Paso Roblan as anyone in town; other than a few years in Florida, he has pretty much always lived here.   His mother ran a day care in the center of town and throughout his early years, he was exposed to a broad sector of the local rug rats, many from working class homes and grounded in the sort of keepin’-it-real worldview that Bo idealizes to this day.

The year he was born (1981) was the same year that Justin and Deborah Baldwin founded Justin Winery, and Justin’s 2010 purchase by an L.A.-based billionaire may be a metaphor for the Paso Robles wine industry’s unbridled growth over the intervening decades.  When Bo was a baby, there were only eight wineries in Paso; it was not yet an officially recognized AVA and the ‘heritage’ grape was zinfandel—fat and happy in the blazing heat of San Luis Obispo county.   Baldwin and a few others pioneers like Gary Eberle and Robert Hall thought the microclimate perfect for a Bordeaux-style blend, and within a decade, Tablas Creek visionary Robert Haas and his partners, the Beaucastel brothers  Jean-Pierre and François Perrin were planting Rhône  varietals in the arid, high-elevations.  They were outsiders, but they were able to adapt to the indigenous culture; to contribute to it, to enhance it, to fuse with it: They were to the community what merlot is to cabernet sauvignon.  In short, they were as respectful to their new neighbors as the were to their new geology.

Then, the rest of the world got the memo.

“All of the sudden, the wine business exploded,” Bo remembers, and not fondly.   “Great for the city’s economy, great for them.  But instead of becoming part of Paso Robles—a real storybook small town, where people were always there for you, where cops stopped to help you change your tire, where  we didn’t need curfews—Paso Robles sort of became part of them and their culture.  As a community, we became overrun with egos.  With arrogance and a sort of rich-kid attitude. ”

He points to the loss of the West Coast Kustoms Car Show, which had hauled cash and cars from all over the world into downtown Paso for thirty years, as a watershed moment.  “The wineries didn’t like the cruise and the show; they complained about the noise, the trash—claimed there was gang vandalism, people urinating on lawns and so on.  I remember it being family-oriented, rockabilly bands, something we looked forward to as kids.”

To hear him tell it, the city fathers—ultimately, the folks responsible for deep-sixing the lead sleds, hot rods and nifty fifties festival—are all in the pockets of the wineries.  And,  since the three day Memorial Day throw down was not necessarily wine oriented—rod freaks tend to be more a Bud Lite crowd—it had to go, along with the other loud and lusty local lollapalooza, the Tattoo Expo.   It drew ten thousand people to downtown Paso every year, he insists, until the ‘think drink, not ink’ dinks dumped it down the sink.

“It was a monster hit in its first year,” he declares.  “Upwards of ten thousand people showed up   As a concert promoter, those are unheard of numbers for an event with no major bands headlining.”

Bo is indeed a concert promoter—according to his business card he is Creative Director of MCC (Music of the Central Coast) and CEO of Blitz Entertainment Group (BEG).   His business plan involves developing, packaging, booking and promoting the homegrown talent until the Central California music scene is as juggernaut an enterprise as the wine scene.

It sounds like a tall order, but there is a sort of unstoppable quality about Bo Barry; he’s like those beanstalk beans that Jack threw outside his window—plant a seed in his brain (in this case, ‘What’s wrong with Paso Robles these days?), then run like hell, because he will talk without pause for as long as you’ll let him—until the cows come home, literally.  Because the Paso he pines for was populated by a lot of cattle people, and he shakes his head at least a couple of his friends, ranch kids, who used to tug on Durango shit-kicker boots and who now slip into $500 Gucci sneakers.  He reserves the same sort of shuddering scorn for local girls he grew up around who now work in winery tasting rooms or serve wine at fancy dinners and who—in his opinion—are putting on airs.

And Bo has laser vision when it comes to bullshit:  “This isn’t Hollywood and we shouldn’t want to be Hollywood.  This isn’t even Napa.  Paso Robles is a sleepy little cow town with remarkable vineyard soil, that’s all.  I knew these girls when they were eating corndogs at the California Mid-State Fair, when they had friends of all kinds, African American, Hispanic, whatever.  Now—and I hate to say it—they look down on hard-working, blue collar Mexicans.  I’ve seen them give me dirty looks when they see me with my black brothers.  Like, I know who you are, girls—I grew up with you.  That made-up glamor and so-called class and rudeness ain’t you.  It ain’t in you, because you weren’t raised like that.”

And to the guys in Guccis:  “Dudes, you’re cowboys.  You look like a bunch of hip-hop thugs.  You are supposed to handle these kind of things with dignity.” 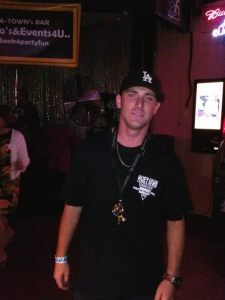 Bo looks like Eminem, and part of that is calculated—the backward Dodgers cap, the oversized  t-shirt, the close-cropped brown hair—but most of it is not.  Like Slim Shady, Bo Barry looks out at the world with a sort of steely, half-quizzical glare, neither threatening nor particularly friendly.  And, like Marshall, he is far smarter than his persona radiates and fiercely focused to a point where speaking to him can be a bit off-putting.  If I was a betting (and stock-buying) man, I’d invest in MCC—if he has half the drive and moxie in that endeavor as he did in my interview, it’ll be a hit.  Like all successful entrepreneurs, it’s not necessarily the self-confidence he feels, it’s the self-confidence he telegraphs.  He contacted me three times after our interview to mention other non-wine events that used to be part of Paso’s heritage but have been killed by (in his opinion) the bought-and-sold city council:

“We had the Amgen Tour of California bike race, too.  Lance Armstrong was here along with all those low-flying helicopters and news vans like you see on TV.  It’s gone, too, for some undisclosed reason.   But, we know the pattern already, so we didn’t need a reason.

And later:  “Oh yeah,  I almost forgot about the Digital Film Festival; it brought superstars like Clint Eastwood and Gary Busey to town.  Five days of events.  Benford Standley was the organizer; he’d arrange for a lot of permits and everything and they still jerked him around.”

Okay, so admittedly, Bo Barry may be infected with the ‘conspiracy theory’ bug that has essentially replaced democracy as the motivating factor driving American politics.  He is extraordinarily worried about radiation from Japan, the imminent declaration of martial law, and he believes that organic cooked vegetables can heal cavities.  To his credit, he is equally amenable to admitting he’s wrong when I send him interesting Snopes links about these topics.

Then and now: Bad, but not this bad

Over the years, I’ve noticed an innate paranoia that seems to be part of the id-package of children raised in single parent households without a lot a cash.  Some of these kids are hell-bent on proving that they have little to offer the planet, and others are equally determined to explode from status quo and kick the planet’s ass.  Bo is of the latter breed.  He posted a question to his Facebook friends on Paso’s  decline, Mayberry to metropolis, Main Street to mean streets, and within an hour, he got dozens of replies from Paso contemporaries who were in full agreement.  The advent of a drug culture, even among elementary school kids, watered-down morals, an uptick in racism and crime and a general feeling of disquiet is there now that was never there before. 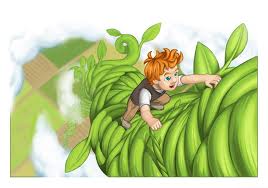 How much of this is directly related to the wine industry is debatable;  Bo’s sincerity about bringing back Paso’s Norman Rockwell charm is not.  And somehow, I trust that, even if he doesn’t succeed, he’s going to die trying.

Just as I trust that when he gets to the top of his beanstalk, he’s going to discover that he was the Giant all along.

This entry was posted in CALIFORNIA, GENERAL, Paso Robles and tagged Bo Barry, MCC Music of the Central Coast. Bookmark the permalink.