The  best part of covering celebrity wines is that you don’t actually have to taste them to finagle columns from them thousands of words long.

Sure, I force myself to draggle through the interminable public relations clatter, which generally refer to said celebrity’s lifelong commitment to excellence, their pride in achievement and unshakeable belief in hard work as the cornerstone of success.  The PR palaver may even mention that the celebrity likes wine.

But when the sun goes down over the High Sierras and the eagle beats a retreat to the eyrie, it mostly boils down to the fact that celebrities—with very few exceptions—dig anything that features their name and image—specifically something that manifests a caché of elegance and the swoon of sophistication.

Which is why you don’t see Dan Ackroyd laundry detergent or Lorraine Bracco toothpaste—but both have their own personal wine labels.

And—although I know this will sound mean and catty and far beneath the usually impeccable standards of this column—the more washed-up the celebrity is, the better he or she likes it.

Which, again, is why you don’t see store shelves stocked with Leonardo DiCaprio merlot or Johnny Depp zinfandel, but you can certainly find bottles of Tommy Smothers merlot and David Coverdale zinfandel.

But it is nonetheless a subject upon which I love to blather in my boundless amazement that someone would actually pay money for a celebrity wine without the celebrity hand-delivering it, opening it and sharing a glass or two.  And even then, with wankers like Martha Stewart and Vince Neil in the wine label game, even that wouldn’t be seduction enough.

So The Golden Bear has a wine portfolio—who knew?  I suppose that if you are a sports legend, and he certainly is that, you can have anything you bloody well want.  With eighteen major PGA golf championships under his belt, Nicklaus even managed 25 years without a single Tiger Woods-style scandal.  In virtually every area beyond doinking hookers, Nicklaus is the most accomplished golfer of all time.

In fact, the only thing about Mr. Nicklaus that I could uncover that is somewhat unsavory is that he attended Ohio State University—an atrocity that frankly, for a Michigan boy, overshadows Tiger’s transgressions.

Anyway, if Jack wants a wine portfolio, he should have one—no nastiness from me.

Jack and Bill went up the hill, but neither brought a daughter

What I found amusing, however, while scrolling through the strangely misspelled press release, was that it makes it appear that the closest ‘hands-on’ Nicklaus had with the project was a 2010 tour of Terlato-owned Chimney Rock and Rutherford Hill wineries. A bit of high-powered banter apparently followed between Nicklaus, his sons, Jack II and Gary and TWI Chairman Anthony Terlato along with his own sons, Bill and John.  The deal took two days to crib together, following which, the Jack Nicklaus Wines portfolio emerged offering two reds: Cabernet Sauvignon and Private Reserve Bordeaux-style blend.

What I can say is that Terlato Wines CEO William A. Terlato maintains:

“We’re thrilled to add this wine to the Nicklaus portfolio; it’s wine that will appeal to our Nicklaus consumers, distributors and restaurateurs.”

Come again, Mr. T? What’s a Nicklaus consumer?  Somebody who is a Jack Nicklaus fan, I’m guessing, and is willing to hand you $35 for a sauvignon blanc simply because it bears Nicklaus’s name and gold-plated, if somewhat illegible signature.

And what do you plan to do with the wine once you buy it?  Drink it?  Or cellar it as a ‘collector’s item’.

Because, if it’s the former, consider that you’re paying top dollar for a Napa sauvignon blanc; on average they’re less than half that price;  highly-rated Cakebread, Duckhorn and Grgich Hills Napa sauvignon blancs are all under $30, and even St. Supery Dollarhide, which hauled in 93 Wine Spectator points for their ’10, can be had for around $33. 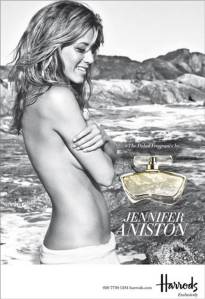 And if it’s the latter, it rides upon my breeze of fascination over the peculiar psyche of the ‘celebrity wine buyer’.  They are as inscrutable to me as the The Mysterious Stone Heads of Easter Island, the origins of black matter, the Riemann hypothesis—or, for that matter, eighth grade arithmetic.

To me, collecting wine without ever intending to drink it is like buying a pair of $400 Victoria Beckham Sunglasses and putting them on the mantelpiece instead of your face—or paying sixty bucks for a bottle of Jennifer Aniston Perfume and refusing to dab a dollop behind the ears.

Trust me on this: Future generations faced with the monumental task of deciphering this generation’s tendency toward self-destructive stupidity will shrug off our juggernaut consumption of fossil fuels, pooh-pooh our thousands of pointless conflicts over equally pointless patches of sand, discount our insistence on electing officials who clearly have their own and not our interests at heart.

What they will say is this:

‘Replace David Lee Roth with Sammy Hagar?  What the fuck were they thinking??!’

Hagar is the one that looks like an uglier version of Carrot Top.

Hagar, in the most generous of interpretations, is a twittering little twabbie; an annoying adolescent AARPer who at thirty-six was complaining that he just couldn’t drive the legally sanctioned speed limit—sentiments you might expect from a teenager prior to his learning to shave.  A childish hissy fit (welcome as it was) lay at the root of his split with Van Halen; these days, he plays with a pretty good line-up, but he considers Chickenfoot to be ‘the reigning four-piece rock band of today’.

Dude, as a gentle, fully altruistic wake-up call?  You’re 64 years old—an age that a former reigning four-piece rock band considered better suited to mending fuses in the Isle of Wight, then sitting at the cottage fireside bouncing grandchildren Vera, Chuck and Dave on your knee.

Not cavorting on a stage croaking out lyrics like ‘I get wasted; a stoner’s dream on a Friday night.  Jump on it, come on baby; love, love, love that sexy little thing…’

So, in a typically overpowering display of humility, Sammy has hired a distiller to make what he insists is ‘the finest sipping and drinking rum in the world’.  This means, of course, that in his opinion, Sammy’s Beach Bar Rum is the superior of Pusser’s Navy Rum, Pyrat XO Reserve and Neisson Rhum Réserve Spéciale.

Me, I can’t say: As mentioned in this column’s lede, I’ve never tried it.  What I can say, however, is that Robert Burr’s Rum Guide’s list of the world’s top 250 rums fails to mention it.

What makes Sammy’s Beach Bar Rum so special?  According to Sammy’s (and by the way, what adult person goes by ‘Sammy’ other than Davis Jr.?) public relations people, it’s because it is made with Hawaiian sugar cane, which they claim is ‘the best sugar cane growing region in the world’.  And aside from the fact that International Trade Magazine,  listing the best sugar cane growing regions in the world does not mention Hawaii, it may well be.  It’s probably a mere oversight in ITM’s part—how would I know?  Do I look like a sugar broker?

However, speaking of oversights, I did get a kick out of the fact that although the Sammy’s Beach Bar Rum webpage goes on and on about the ‘master distiller’ that produces it, the distiller himself is never once mentioned by name.  Though in a site supposedly dedicated to the rum, Sammy does manage to squeeze in three entire pages about his career.

Well, I could go on, but really, why?  I’ve already hit my 1400 word limit on products that I haven’t—and probably won’t—ever try.