Monbazillac: Wine That Even Sugarplum Fairies Can Afford

All the gnarling and kvetching over the California foie gras ban has an upside: It has been driving generic and often nostalgic stories about this iconic pâté; foie fans are, apparently, legion, loyal and pissed-off vocal.

It seems that John L. Burton, the former state legislator who sponsored the fie on foie bill, would have made less gastronomic waves had he called for a ban on asafetida*, ‘Food of the Gods’.

When wine writers dip their pens into the paste and talk about ideal foie frère, botrytised, late-harvest wines generally rise to the top of the suggestion list.  Sauternes and foie gras is a food/wine match-up as classic as Port and Stilton, Muscadet and oysters and MD 2020 and dumpster-dived pizza crusts. 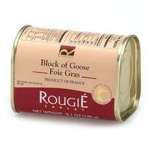 If there’s any drawback to this, it’s more pecuniary than culinary; when it comes to price, foie gras ain’t chopped liver; a block of top shelf Goose Micuit will probably set you back ten dollars an ounce.

And Sauternes?  Don’t get me started. It’s owing in part to low vineyard yields and the intensity required to produce it, which involves waiting (and hoping) for the onset of hit-or-miss botrytis cinerea—a necrotrophic fungus that only sets in when weather conditions are ideal.  Botrytis, commonly called ‘noble rot’, raisinates the grapes, concentrating juice and sugars until a mere drop remains within each berry.  Thus, an entire bunch of grapes is required per glass; a whole vine per bottle.  But, the other side of cost equation is that the name ‘Sauternes’ alone commands a price tag, and when it comes to the lone Premier Cru Supérieur estate Château d’Yquem, I assume that even the most cloud-headed acolyte of the appellation would agree that however transcendent, sublime and incomparably groovy the nectar in the glass may be, a portion of your cash outlay is going toward the logo on the label.

That’s why I was delighted when my FB buddy Axel Ritenis brought up an often overlooked (by Americans, anyway) alternative, which may—in certain instances—be the equal of Sauternes at a fraction of the price:

It may sound like a giant mutant Japanese arthropod, but Monbazillac is, in fact, the most famous wine from the most un-famous Dordogne region—Dordogne would be the départment just to the right of Bordeaux looking down on southwest France if you were, say, Godzilla.

There’s gobs of history here.  The sweet wines of Monbazillac predate those of Sauternes by more than a century, although originally—as in Sauternes—the use of botrytised grapes was either unknown, undesirable or unmentioned.  Records indicate that the Dutch introduced a German technique of halting fermentation with sulphur—specifically, burning ‘brimstone’ inside barrels, where it would slowly interact with the yeasts until they died.  Residual sugars frequently exceeded 100 grams per liter, similar to Chateau d’Yquem (compare that to Eszencia, the sweetest form of Tokaji, which can contain up to 900 g/l) but the finished wine boasted nowhere near the current minimum alcohol-by-volume requirement of 12.5%.

Noble rot didn’t grace the picture until some time during the eighteenth century, but it was probably only the squeamishness of drinking wine from moldy grapes that held folks off: Dordogne, with its early morning mists for humidity and sunny autumn afternoons for drying out that humidity, favors the development of botrytis spores perhaps even more than Graves, which relies upon a confluence of various rivers to create its microclimate.  The soil is different, too, being mostly limestone and clay as opposed to the silt and gravel terraces of Graves—from whence its name originated.

Less celebrated than Sauternes, the wines of Monbazillac are notable for their varietal composition, typically 80% semillon, 10% sauvignon blanc and 10% muscadelle.  It’s the relatively high proportion of muscadelle that lends Monbazillac its unique profile—compared to Sauternes, the wines are fuller on the palate when young, and although the characteristic semillon stone fruit notes are obvious (peach and apricot), Monbazillac offers an intriguing overtones of ripe figs behind distinct clover honey and toasted almonds; ‘waxy’ is also a common descriptor.

The true selling point, however, is the price.  The average price of Chateau D’Yquem (over numerous vintages) is $609 per bottle.  That’s not a real good benchmark, of course, since there’s d’Yquem and then there’s everybody else—Thomas Jefferson was a huge fan, and reputedly convinced George Washington to order thirty cases for his own cellar.  If any of these are still around, and were stored correctly in the interim, I’d be willing to bet the rent that they are still drinking just fine.

The next wine down the Sauternes food chain is probably the Premier Cru Classé Château Guiraud, averaging around fifty dollars a fifth.  Overall, a Sauternes scoring a mediocre 88 points with Wine Spectator commands around $40 per bottle.

By contrast, the average price of a Monbazillac is around $17—and even that number that is likely skewed northward by a couple of big names* like Château Tirecul La Gravière and Grande Maison Cuvée des Monstres, since wonderful, lesser known bottlings are available for under ten dollars.

* If you have a spare $200 in the kitty—roughly a couple glasses of d’Yquem—do you know what I can set you up with?  According to the French online wine store La Cave à Pépère, a 1er Cru Château Labrie Monbazillac, vintage (this is not a typo) 1928.

The allowable Monbazillac parishes of Colombier, Pomport, Rouffignac-de-Sigoulès, Saint-Laurent-des-Vignes and Monbazillac itself produce more than dessert wine, but only white wines affected by botrytis cinerea can be called Monbazillac; the rest, even those hailing from the same château, must wear a Bergerac Sec designation.

The following tasting notes should offer a couple of inexpensive paths to travel during your ‘Farewell To Foie; Goodbye to Gras’  toodle-oo banquet, provided that Governor Jerry Brown doesn’t discover a single, nasty little secret:

Monbazillac can only be produced when vintners ram pipes down the throat of grapes and painfully force-feed them botrytis spores.

Meanwhile, I won’t speak for the gander, but Monbazillac sure the hell is sauce for the goose.

Château Bélingard, Monbazillac, 2007, around $ 7.50 (375 ml):  Perched on a limestone escarpment above the valley of the Dordogne, Bélingard uses lightly less muscadelle in the blend than customary and sulphur-stops fermentation as in days of yore.  The wine is pedigreed and luscious, showing dried apricot, honeyed peach and a balance of spice, cream and acid.

Château de Monbazillac Cave de Monbazillac, 2009, around $17:  The castle of Château de Monbazillac, with its stunning view of the the Dordogne valley, is situated within the village of Périgord, which as gastronomes know is ground zero for foie gras.  The ideal foie foil, therefore, showing bright acidity, a somewhat tight nose that ultimately opens to scents of sugar cane, almonds and cinnamon. The personality developed in the glass with plenty of lyrical fruit and no cloying heaviness.

Château Vignal Labrie, Monbazillac, 1999, about $20:  A full quarter of this topaz-colored wine is muscadelle, and it’s multiple layers of integrated stone fruit, marmalade and marzipan coat the palate with a near glycerol unctuousness.  Full fruit with a long, citrus-sharp finish.

2 Responses to Monbazillac: Wine That Even Sugarplum Fairies Can Afford