Drugs ‘N’ Stuff: Why Can’t We All Just Get Along? 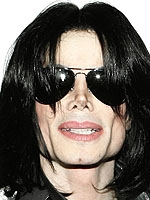 'We are the world, lemme at the children...'

I used to make fun of songs like ‘We Are The World, We Are The Children’, but you know what?  Every once in a while, who among us hasn’t taken a moment from our hectic daily grind to glance wistfully across an elementary school playground and envied the throng of Ritalin-soused kids all playing together—whether it’s tag or four-square, jumpsies, dodge ball or the new PC-approved visionally-challenged person’s buff, all of these young folks are friends—black, white, brownish-yellow, grey (anemic) and burnished bronze.   Yes, I know—the black kids are are all clotted together in one end of the yard with the whites in the other while the Chinese kids have skipped recess altogether to cram for the upcoming Mathlete competition… but in Matthew 18:3, the point is still eloquently made:

‘…And Christ answered, ‘Verily I say unto you, Except ye be converted, and become as little children, ye shall not see the Kingdom of Heaven…’

That’s not meant for us adults, of course.  Grownups have sovereign nations to invade, smokin’ babes to scam on, snuff flicks to rent, taxes to evade and whoa, look at the clock… it’s almost time for last call.  No, the childrenification to which Matthew refers is better employed as an olive branch in the grass-roots (no pun) Drug War between pharmaceutical opiates and illegal marijuana.

Truth Theory, an incendiary on-line rag, recently published an article with a tone that I feel is unnecessarily combatitive; it dealt with prescription medicine vs. cannabis—or as we hepcat streetniks say, ‘dillies vs. muggles’—as a way to manage pain.

The cheeky author, Anthony Gucciardi, actually relies on ‘statistics’ to make his case, stating that in 2008, pharmaceutical pain relievers were responsible for more than 15,000 deaths in the United States alone, more than heroin, marijuana, caffeine, Jolly Ranchers and cocaine combined.

Anyway, it is my Major Premise that this squabbling between addictive substance connoisseurs is utterly uncalled for.  Whether they are prescribed by a doctor or skived from a Jamaican, this is still America, and there there should be enough junkies to go around.

You know what we call people like Tony Gucciardi in my neighborhood, where the Percodan lies down with the spliff and the Lortab with the crank and blow together?

So Who Is This Guy ‘Gooch’ Anyway?

According to his LinkedIn profile, Anthony Gucciardi is an ‘award-winning  investigative journalist in the field of health research’.  Big whoop—anybody can win awards; they’re dime a dozen, like statistics. Besides, I too am an investigative journalist with credentials stretching from here to that little shelf above the printer next to me, and if Tony wants a little vs. in his life, I’m primed and pumped to mix it up over his so-called ‘pot and pills’ debate, which to me is no debate at all since I’m in favor of both.

The Case For Chronic: Weed is a Wonderful Thing—Too Bad It’s All Wasted on the Youth.

Tony argues that the government is trying to keep marijuana out of the hands of We The People, and that ends up being a hard claim for me to rebut considering that pot is illegal.  I concede him this point.  However, I do maintain in cross-examination (‘CX’ in debater parlance):

‘A bipod-mounted  FM 3-22.68 machine gun is also illegal, but you can’t grow one in your backyard, can you?  Having  a hoard of handy herb requires no munificent Big Brother—all you need is some delinquent teenager from whom to yoink seeds, the gonads to plant them in the easement behind the garage and a little climactic help from He who commands, “And let the earth bring forth grass…” (Genesis 1:11).’

Well, duh; we all know that hash is harmless, especially compared to other intoxicants.  We’ve all seen the headline Man Gets Drunk, Slays Family,  but have we ever seen Man Smokes Joint, Slays Family?

What I’ve never understood is this: Since shwag will grow almost anywhere you plant it, and since kids with bags of it always remove the seeds before stoking the bowl, why should there ever be a supply issue?  Do you realize that if every stoner simply tossed those seeds out the car window, there wouldn’t be a federal agency large enough to handle the subsequent situation, and Herbert Hoover’s 1928 campaign promise of   ‘A car in every garage, pot in every chicken’ would finally become reality?

All you potential Johnny Hempleseeds out there need to get with the program, STAT.

The Case For Codeine: Can Anything That Causes Rush Limbaugh to Lose Credibility Be Bad for Society?

First of all, Tony, a lot of those deaths were suicides, and if they didn’t have the Nembutal, they’d have done something messier, like Hemingway did, or something wetter, like Virginia Woolf did, or something more annoying, like Kurt Cobain did, who listened to Creed until his brain exploded.

As for Rush Limbaugh (the man who once claimed that heroin addicts should be executed), his public admission that he was, in fact, addicted to OxyContin—synthetic heroin—came about only because his jones caused him to go deaf.  Would that the Ditto-heads could be as fortunate.

Wasn’t it Michael Jackson, the ‘King of Pop (-ping Pills)’ who said, “There comes a time when we heed a certain call; When the world must come together as one.  There are people dying [of improperly administered propofol], and it’s time to lend a hand to life:  The greatest gift of all…”  ?

One of my favorite investigative journalistic buzz-phrases is ‘at the close of the day’, and I will employ it here:

God bless us, every one.

At the close of the day don’t you think that we’d all have more fulfilling addictions if we simply heeded the words of convicted felon Rodney King, whose passionate 1992 press conference brokered peace across the ghetto?