How It’s Made®. This Episode: Babies, Buzzes and Hangovers

Maybe once in a lifetime—if you’re lucky—somebody invents something that truly rocks the planet, and it’s fair to suggest that Ron Popiel had nothing to do with any of them.  If you’d lived in the disease-ridden slop-pit destined to become Ljubljana, Slovenia in 3100 BC, it would have been the wheel.  Two thousand years later it was the printing press, and you can thank one man and one man alone—Johann Gutenberg—for the stack of Hustlers beneath your mattress.  In 1769, James Watt modified a Newcomen engine by adding a separate condenser, thus allowing future generations to invent the amazing steam-driven personal computer, no bigger than a box car.

In 1899, the head of the U.S. Patent Office advised President McKinley to close the office because ‘everything that could be invented has been invented.’  Had the ineffably wise and universally beloved (to all but sour-puss assassin  Leon Czolgosz) McKinley taken him up on that, we’d be living in a world without cars, Pocket Rockets, refrigeration, telephones or the unnamed ‘ass-kicker’ described in United States Patent 6293874 (issued September 25, 2001) as ‘An amusement apparatus designed to inflict repetitive blows to the user’s buttocks’.

An ironic side note to the McKinley assassination story?  Had his surgeons shown sufficient stones to employ the newly invented X-Ray machine, they could have found the bullet lodged in his back muscles, removed it and likely saved his life.

Not much, that’s for sure.  Yet nonetheless, you—yes, I am speaking to you Ms. Stare-Provoking-Hairdo With Visible Underwear Sitting on a Rodeo Bleacher Smoking Winstons While Drinking Pabst and Eating Olive-Stuffed Baloney Whose Six Kids All Have Names That Start With The Same Letter—and you Mr. Mullet In a Flea-Market-Purchased Dale Earnhardt T-Shirt Spitting Skoal Juice And Knowing Why Hank Williams Jr.’s Nickname Is ‘Bocephus’—the pair of you are living in the most remarkable era that the History of Inventions has ever known.

And if the following two products don’t utterly change your life … Well, we simply don’t call that living.

Russia may be a riddle wrapped in a mystery inside an enigma, but Holland is a borrelnoot wrapped in a gezelligheid inside a pickled herring.  Even so, precocious students at Helicon Vocational Institute in the Netherlands have invented a product that finally addresses a timeworn quandary with which we’ve all struggled:

‘If you were trapped on a desert island with only one powdered drink mix, what would it be?’

Answer: Not Tang, not Kool-Aid, not Carnation Instant Breakfast, but Booz2Go, Powdered Alcohol, the Dutch solution to fake IDs and pat-downs by prom chaperones.

Created as a final Food Technology project by ludicrously-named students Harm van Elderen and Martyn van Nierop, the mix can be reconstituted by adding water, and will produce a low-alcohol (3%) sparkling lime-flavored drink which in the Netherlands is perfectly legal.  But at $2.50 for a half-gram pack, Bacardi Breezers are seriously cheaper.

Meanwhile, the Germans market their own pixilating pixie-dust called Subyou which has an oomph-level (4.8%) more to the taste of a self-respecting dipsomaniac.  Sold under the portmanteau ‘alcopop’—a European category that covers girly drinks like Smirnoff Ice and Skyy Blue, Subyou comes in four flavors including Blood Orange which the ads claim, ‘Makes Even Vampires Weak’. 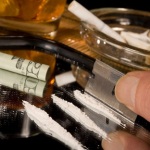 Not to be outdone by the Euroweenies, the American company Pulver Spirits was set to release a stateside alcohol powder in 2010, but I can find no reference to confirm if they actually did it.  Their website domain name is up for sale, which probably doesn’t bode well for those of us hoping to snort lines of vodka off the bar at O’Grady’s Pub.

But, speaking of O’Grady’s, reconstituted booze seems like an idea with ‘Ireland’ written all over it, since what does the Emerald Isle have in greater profusion that anywhere else in Europe?

When it comes to hoity-toidy Bordeaux and Chivas chugging, the Chinese may talk a good line, but when the cat’s really out of the bag—and if the Chinese don’t stir fry it—it turns out their actual annual per capita consumption of alcohol is quite pathetic, falling somewhere between Belize and Swaziland at about a gallon per year.  By contrast, the average aforementioned Irishman drinks nearly four gallons a year.  So, it stands to reason that it would be our Red neighbors to the east, and not our green neighbors to the west, to have unleashed dihydromyricetin, or DHM, upon an unprepared and slightly tipsy world.

According to Jing Liang, lead researcher in a UCLA study gauging the effectiveness of DHM—an extract of the Chinese Raisin Tree—to sober you up after a hard night’s swigging:

“DHM will reduce the degree of drunkenness for the amount of alcohol drunk and will definitely reduce the hangover symptoms.”

She adds: “In time, it will reduce an alcoholic’s desire for alcohol.”

Well, that’s just fine… for those of us who drink scotch for the taste and beer because we like to get all bloaty and burpy and go to the bathroom every ten minutes without having to deal with the inconvenience of a euphoric buzz.  The hangover bonus is a head-scratcher, and granted, we’d all be better off if every lush who left the bar was suddenly soberized, but I am wondering if the health effect on individuals able to consume endless quantities of booze without passing out will ultimately outweigh that.

I’ll leave the physiological consequences of using DHM to the medics, but I will suggest that if escapades that began as ripcord wasted were magically made straight, a number of society-changing realities would inevitably follow:  Karaoke bars would suffer like ski slopes in snowless winters, fewer babies would be conceived in the back seat of cars, fewer men would find out that their best friends really, really love them, fewer crotches would be grabbed, fewer absolutely-sworn-to-secrecy-hope-to-die secrets would be revealed, fewer three-hundred pound concrete gargoyle sculptures would be sold (okay, so that probably applies only to me)…

…but above all—more diamond rings would be returned to Kay Jewelers in the morning with the relieved retort, ‘What in the name of Christ was I thinking…’