When it comes to enjoying life’s amenities—dancing to romancing, canoodling to cuisining, beach lounging to buzz-copping—the people of the South Pacific have a whole different frame of reference.

For Polynesians, kicking back and pounding a few may not refer to Jaeger bombs or Jell-O shots, and when they gather for a sedate, convivial and traditional confab it’s generally not over a flight of Napa cabernets.

Instead, as they have for the past 3000 years, Pacific Islanders often gather to consume bowls of a strange psychotropic grog called kava. Produced from the roots of the piper methysticum (translated literally as ‘intoxicating pepper shrub’), kava contains psychoactive compounds called kavalactones that, when taken in moderate doses, produce a sense of well-being, a spacey sort of social ability and an overall loosening of inhibitions. Imbibers want to talk and often do so to the point of repetition, which may be why the drink is alternatively known as ‘kava kava’.

The Captain's goose gets cooked

In the years prior to Captain Cook’s arrival (late 1700’s), alcohol was virtually unknown through most of the atolls and archipelagos that make up the Pacific Island chain, and even today, very little of the hard stuff is actually produced there. Imports are pricey and other than the mashed-fruit  home-brew known as hopi, liquor tippling is a fairly new phenomenon in the South Pacific. It’s currently on the rise, especially among the younger crowd, but statistics support the idea that kava is still the chug of choice.  In Fiji, for example, 80% of men report having drunk kava within the past 30 days, whereas less than 40% of them report drinking alcohol within the past year—with 84%  of women claiming never to have tried so much as a sip of beer. In Kiribati, more than half the men and 93% of women call themselves teetotalers, with kava forming an  indispensible part of botaki celebrations—the cornerstone of their lives. Even in American Samoa, where there’s considerably more California dreamin’ going on, local preferences still weigh heavily in favor of the ritual root.

These stats also reveal a very old-world chauvinism behind kava consumption: kava is, by and large, a masculine game. Whether in social circles, religious rites or at kalapus (Tongan kava clubs), women are generally called upon to perform the labor-intensive kava preparation, but are rarely invited to join the subsequent guzzle-fest.

In years past, almost exclusively, this prep work was ‘out of the mouths of babes’ as sweet-breathed virgins were coerced to chew (yeah, chew) the fibrous kava root into soft pulp, which they then spat into palm fronds.  Captain Cook was said to have been utterly repulsed by the process—and this is a guy to whom salt pork and moldy hard tack were diet staples.

Though some islanders continue to employ méthode mastication  (human saliva is said to release more kavalactones from the root, resulting in a stronger drink) it’s safe to assume that commercially-available, powdered kava root is drool-free. 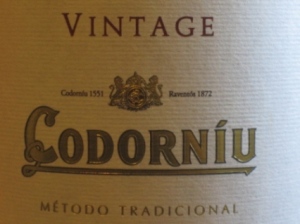 Meanwhile, back in Spain…

Nearly every cork dork has heard that the French monk Dom Perignon is credited with having popularized Champagne but few realize that the original charge of this eighteenth century cleric was to get rid of the bubbles, since they were seen as a flaw. His famous line, ‘I’m tasting the stars!’ (echoed by back-stage groupies ever since), gestated a whole new species of wine.

In the northeast of Spain, a similar product has been produced since 1872, when Josep Raventós Fatjó of the Codorníu  estate decided to give the French méthode champenoise a try. So favorably was his result received by the locals that he began to dig earthen cellars (‘cava’ is Spanish for cave) and produce more.

The King of Tonga

KAVA VS. CAVA: Separated by thousands of miles of sea and soil, culture and convention, these homonymic intoxicants exist together in a sort of lockstep within mankind’s drive to chase away the blues of sobriety. These days, thanks to the internet, kava is as readily available to Johnny Lunchbucket from Peoria as it is to the King of Tonga. With cava,  vice versa.

So how do the two stack up? Compare?  Contrast? You the consumer must be the ultimate arbiter.

First, presume that the standard spreadsheet used in wine evaluation is out the window; kava would hardly survive the first three categories: clarity, color and aroma.

Cava, Clarity: Crystal clear with a slight but bright flash of brass behind delicate, pinprick bubbles.

Kava Klarity might be closer to: Impenetrably opaque, lusterless and as fuliginous as freshly-pumped septic-field sewage.

Advantage, cava. On to color:

Kava, Kolor: Dysentery-in-a-diaper dun fading to irritable-bowel-syndrome brown with flecks of dirty root fiber distributed throughout. The venerable bottoms-up, “ Here’s mud in your eye,” is far better suited to kava than cava.

Next…? Ah, aroma, the  volatile and olfactometric hallmark of wine appreciation.

Cava: Nine months on the lees prior to degorging allows a creamy citrus bouquet to evolve; a rich hint of warm brioche emerges from Y5 yeast strains used in secondary fermentation.

Kava:  Smells like a big wet hole in the backyard.

Well, we haven’t gotten to taste yet.

I think that even the most ardent kavo-fanatic will confess that as a beverage, kava ranks somewhere between sump-pump residue and flat, luke-warm root beer. Yet, lest they undersell, they’re quick to grandstand the first category in the cava/kava sip-off where the peppery Polynesian plonk might just have an edge: mouthfeel.

When you drink kava, a pair of kavalactones, kavain and dihydrokavain, cause the immediate contraction of blood vessels in your mouth and tongue, leading to a gum-numbing effect similar to that of a certain illegal Columbian alkaloid—at least as once described by my girlfriend’s cousin’s best friend’s aunt and not (your Honor) from personal experience.

Second, there’s effects. Not to downplay the loopy, goofy impairment of a wine high, kava’s buzz is much more cerebral.  Sloppy declarations of buddy-love are replaced by a sort of otherworldly sensitivity toward others. Depending on how much you drink, kava will leave you anesthetized and enveloped, swimming through a delicious sea of calm; you’ll experience a combination of mental alertness and a profound sense of bonhomie not unlike the effects of a certain rave pill as once described by a neighbor’s sister’s co-worker’s uncle.

Finally, we arrive at the one area where kava has such an edge that it nearly blows cava out of the fermenting vessel:  The morning after.

With wine, all those pejorative terms used with kava—toxic sludge, sewage effluent, stool samples—affix themselves to those brain cells not killed in the cava deluge and set up Camp Dysphoria inside your skull for most of the subsequent day. The only plus is that you’ve forgotten how big an ass you made of yourself while inebriated.

Kava will allow you to perform that craniotomy unaffected

With kava, the following morning will find you incontestably unaffected.  Run a marathon, perform a craniotomy, skydive from a weather balloon, no issue. Kava wears off in a few hours and leaves nothing behind but a rank odor in your coffee mug.

So in the end, it’s a tie.  No sudden death overtime. You choose; Polynesia vs. Poly-amnesia, Catalonia vs. Catatonia. Each has cultural precedence and a laudable history; each is capable, in its own unique fashion, of vaulting you far beyond the yawn of non-altered consciousness.

Can Vandrell Cava Brut Reserva, Penedès, Spain, n/v, about $21: Pale gold with a nice corona; aromas of crianza including ripe pineapple, creamy citrus, lavender and a touch of anise.

Nakamal At Home Tongan Kava, $19 (1/2 lb): Free shipping is the deal-sealer here; the kava is roughly shredded with shards of bark in it, but very potent. Smells of

frankincense and that paste you used to eat in Kindergarten.

Kava Kauai, Vanuatu, $22 (1/2 lb.):  The photo of aging hippies on the web site says it all; strong, bitter, slight sassafras nose. Creeper kava, with effects similar to sitting in a hotbox inhaling, but not smoking.

This entry was posted in GENERAL, Penedès. Bookmark the permalink.