A Bud By Any Other Name Would Smell Like Sweat 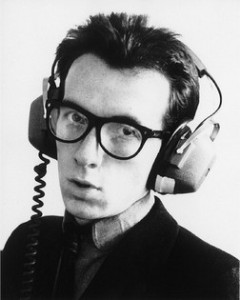 No surprise that wineries are getting into the act.

Thus, when Sausalito-based Vine Connection announced that they were renaming and rebranding Budini Wines, one expected an explanation that made sense; one that would fix something perceived to be broken and move the miniscule Argentine producer into a profit-saturated cash cow.

The sole reason for the name change is because the first three letters of Budini are the same first three letter of a fairly well known brand of American beer.  Yes, gentle readers, this is a true story—I swear it upon the grave of every single evicted Californian or stung-to-death Left Coast Apis mellifera scutellata victim.  Apparently, the brain trust at Vine Connection saw inevitable confusions arising in the minds of hooch-seeking consumers and fully-preventable domestic squabbles erupting when Johnny Lunch bucket comes home from work to find that while shopping for his daily domestic twelve-pack, his wife has accidentally purchased a bottle of South American malbec—an easy enough mistake to make, granted.

To avoid such absent-minded folly, VC (no, not Vietcong, silly) opted to swap out the old name for an entirely new one.

Henceforth and in perpetuum ratus (Latin legalese), ‘Budini’ will be known as ‘Bodini’.

And, in what can only be termed a stroke of marketing genius, Vine Connection even turned the new name into an acronym:  ‘Built On Dreams of Individuals Not Institutions’.

So let’s talk individuals.  Remember how Johnny Carson used to reminisce about his first mail-order magician’s kit and how he used to play county fairs billed as ‘The Great Carsoni’?  Somehow, whereas Budini never made me think of Budweiser beer, Bodini immediately conjures up an image of my most influential childhood hero, my monochromatic mentor, Jethro Bodine.

Jethro was a helix short of Slinky, no doubt; a number of shots over intellect par, but he did not allow this, nor his sixth grade education, to stymie his ambition, horniness, arrogance or pomposity.  If you’ll recall, he finished secretarial school in a single day, was at various times a movie producer, a brain surgeon, a street car conductor and a double-naught spy, meanwhile nailing as many chicks as possible.

No doubt, the next time I sip a cereal bowl filled with Bodini malbec, I will be subliminally but irresistibly obligated to download all 274 episodes of The Beverly Hillbillies and watch them ad nauseum (more Latin legalese).

Vine Connection, I implore you.  Is this a good thing?

Not only that, but if this name-change thing catches fire—and fads, like rich people’s houses, tend to do so in California—you may soon see moniker-mutations in such popular wine brands as Pabst Blue Ribbini, Old Milwaukini, Miller Litini and The Great Coorsoni.

And that would require way too much thinking for us alcohol-addled wine critics who can barely keep track of the four or five bottles our profession requires us to swig per day.

I am suggesting to customer and retailer alike, fight back!  This is one trend that needs to be nipped in the Bud.

* In an odd but related news item, entomologists at U of C, Riverside have announced that they are changing the name ‘killer bees’ forthwith, because (you guessed it)  the word ‘bee’ might prove a conflict of interest with Budweiser, which also begins with a ‘b’.  Henceforth, these deadly, aggressive, quick-breeding flying furballs will be known as ‘Killer Goebel’s Draft-Style Lagers’, as this domain name has apparently opened up.

This entry was posted in BEER, Malbec. Bookmark the permalink.