The Munchkin of Ink Thinks I’m #Stupid. Read On. 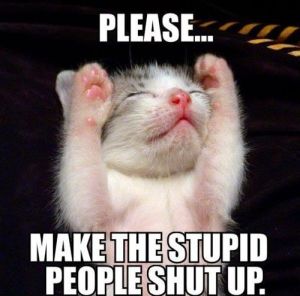 Old age may not guarantee wisdom, but it does encourage a bit of caution.  As a result, I’m wary of using the word ‘stupid’ to dismiss people I don’t know.   I roll my eyes at those memes that say ‘Stupidity is a Mortal Disease’ or ‘The Stupidity is Spreading’, being relatively certain that most people I think are stupid think the same thing about me.

I shake my head, but I do not suggest that the meme poster is stupid, because that would be stupid.

That’s why, when the Munchkin of Ink responded to a comment I made about the ethics of reviewing wines that compete against your own wine (he said, “Oooh I have a job so I should recuse myself from reviewing all wines in the world”),  I was initially going to let it slide—other than a friendly editorial note on his punctuation.

But then he capped the comment with a hashtag appendix:

As you can imagine, I felt the kid gloves slide off as readily as if they’d been slathered with KY Jelly and, despite discretion being the better part of valor, I opted instead to perform a hashtag appendectomy upon the Munchkin of Ink, sans anesthesia.

Normally, I don’t shy from naming names and t’ain’t a-bein coy about it now.  I just think it’s more fun to allow you, my astute and #nonstupid reader, to draw the drapes on the Man Behind the Curtain at your leisure.

Besides, but I don’t pretend to have much of a claim on journalistic ethics in the first place.  I switched Majors from Journalism to Anti-Journalism as soon as I realized that finding two sources willing to lie is nearly as easy to find as one source willing to lie, meanwhile discovering that although editors demand honesty, most will promptly edit out any real honesty.  That’s because everybody works for somebody, and everybody’s somebody is beholden to somebody else’s somebody.

Not on my shelf, damn it.

Our ilk grovels to no editor, no editor’s somebody, no ultimate beholdenee.  That’s why I can use words like ‘beholdenee’ without fear of a proofreader’s dreaded circled ‘sp’ and why the Munchkin of Ink can judge high-end wines on a hundred-point scale without mentioning that his day job is ‘Director of Wine Communications’ at the toppest-selling producer of high-end wine in the United States—wines competing for customers and shelf space with the very ones about which he’s directing communications.

When I say ‘without mentioning’ his financial interests in his wine outselling the wines he reviews, true journalistic integrity dictates that I must state unequivocally that you can find this rather non-trivial bit of info in his biography link, although I can also state in true journalistic unequivocality that reading his stultifying 700 word biography is even more tedious than reading his ineffably boring 150 word wine reviews, and you have to get through 650 of those ineffable words before you get to the effable part that would suggest, to us stupid people, that there is a clear effing conflict of interest.

Please note that not only is my biography only 71 words long, I can easily find two sources to confirm that it’s bullshit. 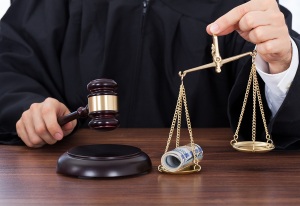 During legal proceedings, a judge recuses him or herself from a case where personal financial gain might hinge on the outcome. Key to The Code is that not only should there not be any impropriety in a judge’s judgment,  but equally important, there should be no appearance of impropriety.

‘A justice shall disqualify himself or herself in any proceeding where the circumstances are such that a reasonable person aware of the facts would doubt the justice’s ability to be impartial.’

Fortunately, wine critics are not subject to California’s statutory judicial disqualification framework , unless their day job happens to be Director of Communications for the California Bar Association.

Nor, in fairness to the Munchmeister, could I be considered a reasonable person under the Code of the Hashtag-Stupid.

And I have no doubt that the Munchkin of Ink is perfectly capable of distancing himself from the forty or so wineries his boss owns when reviewing a wine some competitor sends him for free.  I believe him to be a man of honor, a man of integrity, a man of incorruptibility.

Of course, he thinks I’m stupid, so there you have the insurmountable paradox.

One thing the Muncher of Twink did the other day in his wine column that struck me as patently #non-stupid—borderline genius—was title a column, ‘Not all small wineries are cool. Read on.’

It all my years of columnry, it has never once occurred to me (or one of my beholden editors) to actually instruct the reader to continue reading—due to the riveting, albeit stupid nature of whatever I write, that was considered a given.  Plus, there are space and size requirements for headlines, and having two complete sentences—even if one is in the imperative Big Brother tense—means you have to resort to using periods, which is verboten under the Code of Headline Procedure, Section 170-170.9:

‘Headline punctuation is normal with a significant exception: Use periods for abbreviations only.’

Fortunately,  independent wine critics are not subject to the Code of Journalism regarding periods, even if they are simultaneously Director of Periods or if they happen to be on their period when they write stuff like #stupid.

But they are beholden to reader clicks, and if adding Svengali-like instructions to a headline is as effective a method of mind control as the ‘Do Not Feed The Flying Monkeys’ sign at the zoo or the ‘I’d Turn Back If I Were You’ sign in the Haunted Forest, more power to the Munchkins. 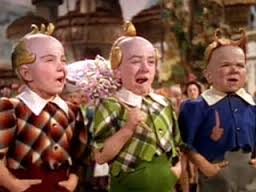 ‘We represent The Family-Owned, Family-Run Winery Guild and we wish to welcome you to Munchkinland’.

In the end, I am humble enough to bow before the great and powerful Wizard of Ooohs, whether he is ooohing behind a curtain of Napa respectability and Spectator gravitas or dancing with three stooges from the Lollipop Guild.

Like the real Wizard pointed out about himself to Dorothy after she accused him of being a very bad man, I’m sure Munchkin of Ink is very good man.

11 Responses to The Munchkin of Ink Thinks I’m #Stupid. Read On.