The yellow brick road that led to  Michigan’s top selling Pinot grigio began inside a stockbroker’s office, and the story gets stranger from there.

Start with the winemaker and proprietor, Spencer Stegenga.  A lot of local agriculture families have made successful runs at winemaking, but even though he grew up in rural East Bay, the closest Spencer ever came to farm work as a kid was picking hornworms off his grandfather’s tomato plants. 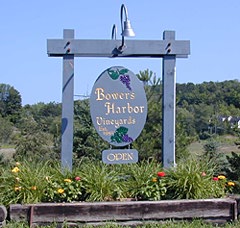 Even the acres his father purchased in 1983 were used for raising animals; it was a quarter horse farm on Old Mission where, beside boarding horses, Spencer went to work caring for livestock while his father, before quitting the day job, considered life as a gentleman farmer.

Spencer says, “I think it’s fair to say that although he did very well as a stock broker, his real interests were anything but.”

The husbandry act petered out after a few years—that’s animal husbandry, of course; Jack and Linda were married until Jack’s untimely passing in 2004 (Linda is still actively involved in the winery).  Looking to repurpose the pasture land, Stegenga was approached by his Old Mission neighbor Ed O’Keefe with the idea that if the horse farm became a vineyard, Chateau Grand Traverse would happily purchase the grapes.  In went three plots—Chardonnay, Riesling and Gewurtztraminer and  horse culture became horticulture. 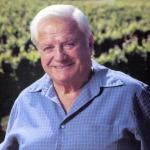 Let it be said: It’s amazing how many stories that include Ed O’Keefe also include copious amounts of alcohol, and according to Spencer, the next chapter in Bowers Harbor history involved both.  Jack and Ed, one immoderate evening, decided that a second winery on Old Mission Peninsula was just what the area needed: More than one reason for wine lovers to make the trek over from Leelanau.  So, in the early 1990s, the decision to go it alone was agreed upon by Jack and Linda, and, like his namesake Sprat and the wife that could eat no lean, the couple combined core competencies:

“Dad was efficient at finding excellent people to work with, Mom was able to work out the finer points of licensing and getting the paperwork intact.”

Together they licked the platter clean, and in 1991, they were officially established as Bowers Harbor.  The family purchased a 34 acre cherry farm adjacent to the property, ripped out the trees and planted grapes, naming the expansion ‘Langley Vineyard’ after the family patriarch whose tomatoes Spencer had once de-wormed.

Later, they added Erica’s Vineyard—named for Spencer’s wife, covering the acreage where he proposed to her.

Proposing in a vineyard sound like something Spencer Stegenga would do.  In fact, everything Spencer does sounds like something Spencer would do—he’s one of those people that seems maddeningly blessed; looks, family, professional success.  He reminds me of that Owen Wilson character from Meet The Parents, who always seems to do and say precisely the right thing, leaving us Gaylord Focker-types to shake our heads in bemused envy.

In any case, by that time, Spencer had graduated from Hillsdale College with a degree in Marketing and Economics and moved to Vail for a couple of seasons where he waited tables to support an addiction for that powdery white stuff you’ve probably read about: Snow.  That experience, he claims, gave him a unique advantage in his approach to winemaking—the role he ultimately adopted once his ski bum adventure came to an end. 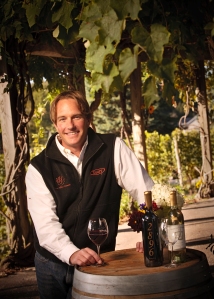 “I tend to see wine from a consumer’s point of view.  Today, when I release wine in a style meant to appeal to a restaurant market, I’m able to get inside a server’s head and know how they’ll be able to recommend it.   It’s hard to sell someone a second filet mignon, but a second glass of wine should be easy.”

Over the years, those second glasses added up, and Bowers Harbor produces around 17,000 cases a year, nearly all from Old Mission fruit, although the family owns 30 acres on Leelanau and purchases Pinot grigio from vineyards in Lake Michigan Shore.  That variety represents a full third of the winery’s output and has built the kind of reputation that other wineries envy:  One that precedes it.

“We’re the biggest selling Pinot grigio in the state,” Spencer says.  ““It’s a variety we can consistently get right and rely on year in and year out.”

That choice of grape to pursue in that quantity—and quality—was also a decision borne more of marketing acumen than trend following:  “I sensed that the glut of Chardonnay on the market was going to reach a saturation point, that people—especially in Michigan—would look for representative wines that were a little crisper, a little leaner.  The critter wines from Australia sort of dominated the import market up here—overproduced stuff flavored with oak chips, selling for nine bucks.  I knew we’d never compete with that.  So our focus moved to Pinot grigio, in the full, unique style that Michigan terroir allows.” 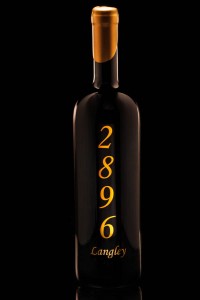 But, if he were to choose a wine from his list that he’d be willing to stake his own reputation on, it wouldn’t be that one, it would be the one labeled ‘2896’—which I thought was some exotic clone of Cabernet franc, but turns out to be the Bowers Harbor address.

“It a high-end Meritage, a Bordeaux-blend produced only in very good vintages,” he says. “Eight releases in fourteen years.  Nothing last year, of course, and probably nothing this year.”

Speaking of those dismal back-to-back winters, he points out the relative wisdom of having Federal Crop Insurance for the semi-sane people who grow vinifera in Northern Michigan.  “The check for ten grand didn’t hurt,” he admits, but even so, that’s hardly a dent even in the annual spray bill, which may approach twenty thousand dollars.

Because, of course, in winemaking, you still have to maintain your vineyards even in years where there is no crop.  But that’s part of the beauty of the whole Traverse City wine culture—the sheer unpredictability of the venture.

“It a lifestyle built around uncertainty,” Spencer maintains.  “Nothing up here is a lay-up—everything takes work and faith and a solid understanding that not every year is going to be a five-star winner.  You stay ahead of the curve as best you can.

“But guess what?” he adds with the broad grin characteristic of his own somewhat fatalistic worldview.   They complain about vintages in Napa too.”

Bowers Harbor may be the house that Jack Stegenga built, but the additions that son Spencer has overseen has made it a Bob Vila villa, an imposing mansion worthy of a spot on the National Registry.