The other day I claimed I didn’t ‘do’ obligatory, but in that, I was a bit economical with the truth; I shat yon bull, I yanked yon chain, I committed a terminological inexactitude.

In short, I lied.

Because every year I exercise the concept known as noblesse oblige—essentially, the God-ordained duty that we, the nobility (in this case, the supreme and honorable intelligentsia) have to bring our wine erudition to those who lack such privilege.  Such as thee, humble reader.

Thus, one time per year, I feel a requirement to exceed minimal standards of decency and do another story about Stillman Brown.

This would be the selfsame Stillman who displayed his own noblesse oblige in 2013 by giving shelter to a homeless wine writer struggling to complete a book on Paso Robles, and by insuring that no distraction would stay this courier from the swift completion of his appointed rounds.

By which I mean, he let me crash in the yard and turned on the sprinklers at five AM.

So, if nothing else, I owe him a review of his latest releases (Pinot Noir, Vermentino and Alicante Bouschet), and to add dignity to my grace, a favorable one—the critical equivalent of turning on the sprinklers at six instead of five.

If Sandburg was alive to review this wine, he might spurt, ‘stormy, husky, brawling, Pinot of the Big Shoulders.’  But he’s dead and I’m not, so let me attempt my own graphic imagery:  Think of everything that a Pinot should be—exotic, velvety, cherry and spice scented, earthy in the mouth—then rev the engine until the catalytic converter nearly (but not quite) ignites.  That’s Stillman’s Pinot Noir.  He denies my assertion that it’s a ‘Paso’ Pinot by virtue of it herculean size and relatively high alcohol, pointing to the bright and balanced acidity and the fact that the vineyard is in San Luis Obispo, not Paso.

And he’s got me there:  These grapes were grown a mile and half from the ocean on a high point without any intervening ridges, where botrytis is a bigger issue than disintegrating acids.  Whereas this bunch-rot fungus may be a plus in certain sugar-challenged white wines, in Pinot Noir it may produce polysaccharides that make the wine difficult to clarify and oxidative enzymes that make the wine difficult to drink.  The trade-off for extremely dense, ripe ocean-cooled fruit is extra work in the fermentation tanks, including judicious use of early sulphur dioxide and vigorous French yeasts that are, in theory, able to out-compete the mold.

The strategy was a success: There are no musty taints in the wine; rather, there are huge slathers of black cherry and raspberry candy bursting from a nose so penetrating that it actually inflates the sinuses.  That’s a good thing, by the way.  It is a bulked-up version of the varietal, granted—everything larger than life, so that the meatiness of the palate becomes a carnivore’s smorgasbord and the forest-floor earthiness is an acre or two of Black Forest layers.

“However, I mean that in a totally non-gay way.

For lovers of delicate, prettily-nuanced Burgundies, the wine may come across as a ‘roided countess—Stillman’s enological cover of Rex Harrison singing ‘Why Can’t a Woman be More Like a Man?’  I’d argue that all the nuances are there, but emboldened in stature to the point where they are no longer nuance.  Some pumped-up Pinots have a distinct, off-putting, non-Pinot character, primarily because they’re fortified with something else, often Syrah.  AVA regulations state that you can blend up to 25% of another varietal to a wine, and still label it (for example) ‘Pinot Noir’.  Stillman doesn’t need to do this; his wine is pure Pinot and shows only Pinot characteristics, only clad in Central Coast armor made from Valyrian steel.

I trust Stillman’s claim that his Pinot is not adulterated because he has no qualms about admitting that this wine—despite being from an unusually high-yielding red—is 20% Zinfandel. Alicante’s history in the United States is often linked to Prohibition; the grape’s thick skins offered a natural resistance to rot, and so proved to be an ideal variety to survive train trips from California to the East Coast.  As a stand alone, it may be a bit character-free, but brother, is it color-dense: I held a glass up to the noontime sun and it could have doubled as a safety device for viewing a solar eclipse.

The nose is rich with chocolate dust and Damson plum, with a bit of spice and pepper.  How much the Zin brings to the party is unknown—the grape  is hard to locate outside of blends.  The palate offers a yin and yang effect, sweet fruit up front, tart cherry in the middle, dry tannin at the end, finishing with the re-emergence of fresh bell/jalapeño  pepper during the finale which (to my tastes) manages to come across as intriguing rather than vegetal.

Key to understanding Stillman Brown is getting to the root of his obsession with zeppelins, Elvis Presley, the German language and the aforementioned tentacle-deity which he renamed as a Cayucos wine pun—and once you do, please clue me in.

In the meantime, I am happily snorting a noseful of Vermentino.

The name Fliegentraum is (I think) a reference to those elemental flight dreams that Freud found to be based on a particular German vulgarity providing an association between birds and sex: “We shall also not be surprised to hear that this or that dreamer is always very proud of his ability to fly.”  The Material of Dreams, p. 239.

Vermentino, a grape that produces basic, mineral-laden wines in Liguria and Sardinia, thrives in the dry, limestone soils of Paso Robles, where it takes on a Pinot Gris-like richness.  Even so, in all of California, there are probably less than a hundred acres planted, which is shame, because it makes a lovely, luscious glassful.  The bouquet of this one is filled with pear syrup, bright floral whiffs and some tropical fruits poking through a wash of sweet citrus.  It stays ripe and fleshy on the palate, adding a dimension of viscosity that fills the mouth and lingers with notes of peach and pink grapefruit. 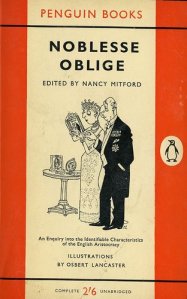 All three wines are beautiful examples of the extreme day/night temperature swings throughout the region, preserving the acids while an extended growing season sweetens the pot, allowing certain varietals with an otherwise meh resume to find strength and purpose in Paso—much as Cthulhu did in the Lovecraftian pantheon, much as Elvis did when he moved to Memphis, much as the Hindenburg did when it rose to heights above Lake Constance in Friedrichshafen, much as young Adolf Schicklgruber did upon his early release from Landsberg Prison.

This may mean nothing to you, but I assure you, it pleases young Master Brown, which is, after all, my noble obligation to ensure future lawn privileges.