Hot Wine: Summer In The Vineyard

At this point, technically, they become dessert wines and are subject to higher TTB taxes. Yes, Virginia, it’s a profit game.

Misnomers, Virginias and agency definitions notwithstanding, the shifting tide of trends and tastes combined with new yeast cultures and climatic readjustments have seen a public gravitation toward richer, riper, fuller wines in recent years; whether the attribution is laid to Parker or passion makes no difference to the anaerobic microorganisms responsible for fermentation: Unless it is diluted by water or mechanically removed, the higher sugar content in must results in higher alcohol in wine.

In cooler wine zones like Burgundy, it is often a struggle to ripen grapes to the point where they have reached the required °Bx (the standard scale for measuring sugar in the wine industry) for fermenting to around 13% alcohol, which fans out to a requisite °Bx of 23.  Germany has an even tougher time with ripening—one of the reasons that the German wine industry has historically focused on white wines, with ABVs in the top category of Prädikatswein acceptable as low as 7%. 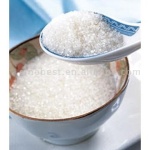 A spoonful of sugar helps the tartaric go down

Of course, the ease with which a winemaker may simply add granulated sugar (called ‘chaptalization’) to boost end-game alcohol is obvious, and that is why the technique remains embroiled in controversy.  Many reputable appellation laws prohibit it—others don’t.  The ‘don’t prohibit’ list includes Burgundy, Bordeaux, Chile and New Zealand.  Here in the United States, chaptalization is allowed in Long Island and Oregon, but not in California.

That’s the woe story of wines that struggle for sugar.  With a ‘hot’ wine, the problem is the polar opposite, and to the winemaker, the issue is one of either reining in the punch’s punch or—God forbid—producing a wine which successfully blends flavor, depth and acidity and embraces whatever ABV rides along.

And therein lies my problem with the term ‘hot wine’. 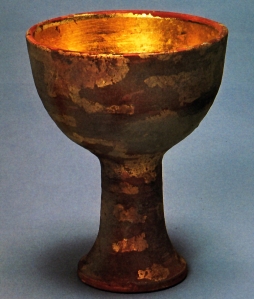 A wine in which the burn of alcohol is so pronounced that it is worth a tasting note is a flawed wine.  The Holy Grail of every grail-full of wine is balance; if it misses the brass ring of equilibrium, it has pretty much jumped the quality shark and fallen floundering into the water.  Alcohol tends to presents itself negatively in wines without sufficient fruit extraction, tannins, acidity or any of a thousand organoleptic intangibles that even the most passionate Parker puppet may not be able to name and doesn’t need to.  If the wine is noticeably pushed in a direction that suggests undesirable heat to the taster, there has been a mistake made in process or in a winemaker’s appreciation of what constitutes harmony.

Or, there’s always this: The wine may simply have been served at the wrong temperature.  Full-blown, high-alcohol red wine shows best at around 62° F—a point where many folks in the tasting room are looking for their cardigans—and when served warmer, the alcohol tends to evaporate more quickly and may do a frontal assault on the nostrils you’ve just jammed into the snifter.  In that case, it make more sense to blame your host, not your vintner.

Runaway ripening, when grapes reach upwards of °30 Bx, can yield some stunning, nuanced wines, but only if the natural acid has not collapsed—a phenomenon that coincides with fruit maturation.  During véraison, as berry skins lose their chlorophyll and begin to accumulate phenolic compounds, sugars increase as acids decrease.  The trick that every successful vineyard manager and winemaker must learn is what their specific terroir can offer to their specific cultivar: Some grape varieties require more hang time to become fully ‘flavor ripe’ than others.  Once that knowledge is mastered, it’s down to the whims of the seasons in any given vintage.

Hanging around with syrah

Syrah is an example of a variety which often does reveal its full panoply of flavors without an extended hang-time, but whose acid must be closely monitored to hold pH at around 3.6.  Once it skyrockets past 4, the game is over and the resulting wines will be stewy-tasting, flabby and may come across as ‘hot’.  The alcohol, in other words, will be but one of several off-putting factors, and they all play a role in tossing that wine off the balance beam.

Stillman Brown of Red Zeppelin Winery is  a Paso Robles winemaker who keeps daily—and near the end of the growing season, sometimes hourly tabs on the grapes he will buy from a number of growers scattered across this broad appellation.  Paso is known for very hot, very long summers with extreme diurnal temperature shifts, allowing wine grapes maximum hang-time without pronounced acid deterioration.  As a result, Brown is often faced with decisions regarding final ABV, especially in varieties like pinot noir which may become unpleasantly aggressive at port-grade potency.  The same holds true with cabernet sauvignon, a wine that can, in California, confront the palate with fierce ABV.  Brown feels that cab cashes in some of its finesse if the numbers go much above 15%—this, despite critics like Jim Laube’s (Wine Spectator) frequent score-nod to the chocolatey, big-oomph cabs of Napa Valley. 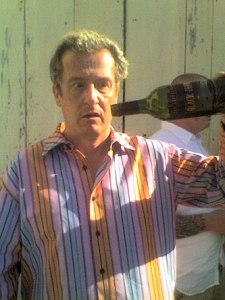 Not so zinfandel, which Brown does not produce as a stand alone, or syrah, which he does in several beautiful show-stopping incarnations—and, at ABVs which creep toward (or, occasionally, vault over) Oloroso sherry levels—17% ABV.

He says, “I’ve never used R.O. (reverse osmosis, a technique for de-alcoholizing wine) where you pick ripe grapes, then suck out the soul.  I get tired of pseudo-complaints about getting ‘too buzzed’ on 17% wines; if that’s your concern, drink less.  Some wines are balanced at 7%, others at 17%.  In some years where I pick, syrah is not fully flavor ripe until it has developed ungodly high sugars; if I stripped out the alcohol to, say, 14%, the wine might still be good, but it wouldn’t be as full, not as luscious; not the same wine at all. If fruit extraction, tannin and acid are low, 16% is too high.  If not, it’s too low.  It’s a sin to dismiss a universe of great, higher-alcohol wines on that criterion alone.”

Unfortunately, like anything offensively ‘hot’—Kardashians, Sharknados, Brandy Melville destroyed denim shorts—wines may, on simple virtue of the wallop, become market manipulators.  For those winemakers unable to handle their alcohol, the focus shifts from judicious balance to overripe ethanol torpedoes.

To paraphrase the classic line about American figurative art by the great critic Robert Hughes, “A taste for massive but intrinsically unbalanced wines may be acquired.  But is it required?”

1 Response to Hot Wine: Summer In The Vineyard