No Honor Among Wine Thieves

Posted on December 5, 2013 by intoxreport

Last week, I covered The HoseMaster of Wine’s tearful farewell speech given during an NBC Prehab interview, and it turns out that—silly me—I misheard the dirge and exaggerated his impending retirement.

By ‘exaggerated’, of course, I mean ‘totally lied about it’.

Not only is Ron Washam not retiring from wine writing, he’s not even taking a brief goddamned sabbatical to make me look better—The Green Bay Fudge Packers have apparently offered him a multi-year contract and until further notice, he intends to remain to the wine world what Aqua Net was to ‘80s glam rock:  The lacquery spritz that holds it all together.

As for me, dear and eternally trusting suckers readers, let me assure you that it takes a really big, really well-endowed man to admit when he’s not exactly one-hundred-per-cent completely right.

Anyway, that humbling, gratifying self-revelation led me to another lightning bolt of inspiration—the kind that allows me to write ream after ream on the subject of wine without actually having to learn anything about the subject of wine.  To me, you see, life is about more than overpriced Screaming Eagle and the various fluorescent engine coolants you can add to wine to increase its customer appeal.  Rather, life is a vast, varied and voluminous classroom where the blank slate of humanity is the chalkboard.  And this self-effacing, if overbearingly narcissistic and condescending column?

May it be the fingernail on said board.

This would be me

So, God forbid, what if—like me—some other wine blogger was placed in the ignominious position of having fucked-up royally on his international soap box?  What would he have done?  Would he, like me, be willing to ‘man up’ and wander the streets of Speyer to the fortress at Canossa, self-flagellating in penance?

First, note that I said ‘he’ rather than the more politically astute ‘he and/or she’, as though women wine bloggers, a.k.a. bloggerettes, are nonexistent.  You might therefore—and quite nastily—refer to me as a misogynist on your Twitter account and then make even nastier remarks about my mother.  But we’ll get to that.  For now, enough to say that I love, love, love women—so much, in fact, that I have at great personal expense added a cinderblock room to my wine cellar in which to store them, and at last count have actually ‘married’ many girly women of the female persuasion.

But, back to other wine writers…

Total Makeover.
L.: Before
R.: After

James is a man’s man, a snob’s snob.  A bon vivant of such impeccable credentials that one cannot pec them even by pointing out that he shares a name with adorable, six-week-old piglets ripped from Miss Piggy’s teat and slaughtered for tailgate parties.  Mr. Hoglet should be ultra-sensitive to the damage done by internet rumors since he himself was the victim of such when Tweets began suggesting that his 2010 departure as editor of Wine Spectator and Cigar Aficionado was something less than amicable, forcing him to put the record straight in his own Tweet, stating that—and I paraphrase—“I was not shit-canned; I left the world of hackademia to spend more time with my family.”

Cases of Bordeaux getting ready for delivery in Shanghai

So, a couple of days ago he posts the picture on the left above the caption, ‘Cases of Bordeaux getting ready for delivery in Shanghai,’ but the boxes in the photo are clearly filled with Château d’Aussières, which is not from Bordeaux, but Corbières in Languedoc-Roussillon.  In fact, the picture does not even seem to have been taken in Shanghai, but in Omaha’s Little China, but that’s a different story.  Sharp-eyed readers quickly pointed out the AoC misidentification, but did Mr. Arnold Ziffel wear the requisite sackcloth and do a mea culpa like our contrite, half-white President did when he screwed up health care?  As if.  Nope, Mr. Porky McPorkerson instead made some lame, random, off-topic and totally irrelevant point about Chinese people not wanting to buy poor vintages of Château d’Yquem, which actually is in Bordeaux.

No, Matt Kramer is not a negrogynist; that’s Kramer from Seinfeld.  This one is the Wine Spectator geek who at a recent New Zealand wine conference claimed that ‘atheists can’t make great pinot noir’, which, if nothing else, woke up that portion of the audience who—let’s be honest and call a half-spade a spade—sleep through wine conferences. 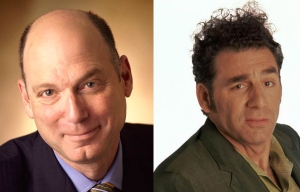 What Kramer was referring to was the fact that monks in Burgundy made great single-variety wine because, in his unhumble opinion,  the intensity of their spiritual impulse confined them to a single grape as a means of hearing the voice of God through the voice of the land’, implying that science doesn’t really ‘get it’, nor do non-God-believing winemakers who use science to produce their less-great pinot noir.

On the surface, this is sort of funny, but nowhere near funny the pedophilia joke Kramer made at the beginning of his lecture.   Having just slept through Sam Neill’s presentation ‘Why I Am a Pinotphile’, he quipped that in the United States, ‘such a title could get you arrested’. 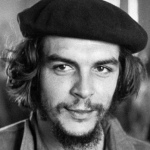 ‘The black is indolent and a dreamer, spending his meager wage on frivolity or drink’ – Che Guevara

Ha ha ha ha!  Good on ya, mate!  Sam Neill was, of course, too classy to point out that of the more than five thousand fudgepacking priests who have been accused of child sex abuse since 1990, very few have been atheists.

In any case, there have been no retractions yet from Kramer, who has been referred to by Hugh Johnson as ‘an intellectual guerilla’.

Of course, he has also not yet apologized for negrogynist Che Guevara, a fellow intellectual guerilla.

I know, I know—like you, I thought that Levi Dalton was a rootin’ tootin’ gunslinger from Buffalo Bill’s Wild West Show.  Turns out he’s a hifalutin’ telecommutin’ nerd from Eater NY’s Wild East Show, and is even less macho-looking than Matt Kramer, if such a thing were possible.  I read one—and only one—of Mr. The Only One Of The Dalton Gang Not Hanged, More’s The Pity’s columns in Eater, something about beached whales and restaurants, and let me tell you, it made no sense.  None.  I read it three times, too, and believe me, I don’t read things I like three times let alone tripey shite.  I really need to invite this ofay peckerwood to my temperature-and-humidity-controlled cinderblock wife cellar for a horizontal wife tasting—that would give him something interesting and non-misogynistic to blog about.

Which, in the cesspool of life, brings us around full circle:

On November 29, Mr. Stone-Washed Dungarees Tweeted that Ron Washam is a misogynist.  In fact, Dalton’s precise words, linked to Ron’s mis-readogynistic adios address, were as follows:

Now, God bless Ron—he is from a kinder, gentler, albeit wussier place, San Francisco, where they are currently freaking out over temperatures below 40°.

Here in Detroit, we’re made of sterner stuff, and if someone dares mention my mother in any fashion other than to remind me what a sainted—albeit alcoholic—soul she was, I am obligated by a sense of family honor to jam an ice pick vertically into his skanky little skull.

Honor, my friends.  Honor.  Honor is the trait that makes Frank Pentangeli slit his wrists in a bathtub; honor demands that Blake Gray—the HoseBagger of whine—give me credit when he blatantly steals one of my column ideas, including the title, (http://foodandwineaesthetics.com/2012/06/21/in-defense-of-wine-snobs/,  https://intoxreport.com/?s=snob); honor demands that wine writers like Suckling, Kramer, Dalton and Gray own up to dingledouchery whenever they are wrong, unintelligibly obscure or dishonest.

And if anyone is offended by this Call to Honor?  Bring on the ice picks, boys.

2 Responses to No Honor Among Wine Thieves