When Is A Snow Cone A ‘No’ Cone? Ask Francis Ford Coppola

As a phenomenal film forger, a wicked wine whiz and a fellow Detroiter (by birth, anyway), it is hard for me not to harbor a soft spot for Francis Ford Coppola.  A forgiving and patient soft spot, too—one that is able to overlook Godfather III and Finian’s Rainbow.

But, Job I ain’t.  F.F. has earned more money from his winery than he ever did in Hollywood, and under the winemaking skills of a horde of hired heavyweights, he has produced some really, really nice wines—especially his early Rubicon reds.

How do I know he makes more from his grapes than from his Godfathers?  Because he brags about it, that’s how.  And rightly so:  Winemaking is a tough, tough business in which to turn a nickel.

So, with all that success in the vineyard, forty-five years of praise and Oscars, even a personality cameo in Star Wars (George Lucas claims he based his character Han Solo on Coppola), why would he feel the need to delve into the high-tech world of snow cones?

Your guess is as good as mine.

The son of a Detroit Symphony Orchestra flautist, the late Carmine Coppola, the ‘Ford’ in Francis’s name is an ode to Henry, who his old man counted as a friend and patron.  Francis began his cinematic career in his mid-teens, writing, producing and directing 8 mm films (which should be worth a ton if the nitrate hasn’t dissolved), then went on to Hofstra University as a theater major—one of his classmates was James ‘Sonny Corleone’ Caan. 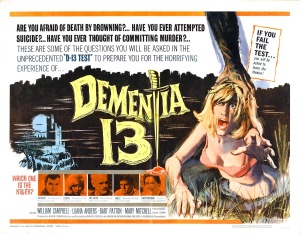 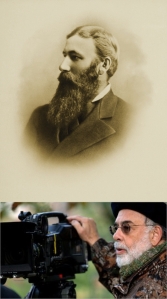 In 1975, flush with Godfather fame and Godfather fortune, Francis Ford bought the Napa estate and adjoining vineyard of Gustave Niebaum, the Finnish sea captain who founded Inglenook Winery in 1879.

A side note on Inglenook:  Prior to the mid-1960s, when Inglenook was inhaled by corporate interests more concerned with bulk than breeding, the winery was responsible for some of Napa’s top sauvignon blanc and pinot noir.  Coppola recognized this, and after releasing a number of vintages under the label Niebaum-Coppola, he purchased the former Inglenook Winery chateau and renamed it Rubicon, from the Italian root word for red.  It also refers to Caesar’s crossing of the famous river of the same name.  It was the future emperor’s ‘point of no return’ in his conquest of most of civilization.

Coppola initiated a further name change in 2011, when he acquired the Inglenook trademark.  His wines are now released, alpha omega style, as ‘Inglenook’—a name for which he paid, he claims, more than he did for the entire winery.

Like salt, ice is one of those historical commodities that we didn’t know we needed until we tried it—and then, we couldn’t live without it.  Hence, it’s hard to grasp that for the most part, ice remained a wintertime luxury up until about the time that Gustave Niebaum was going to sea captain school in Helsinki.

Where ice comes from

Commercial ice manufacture went through several stages, but the one that resulted in snow cones  was the brainchild of Boston entrepreneur Frederic Tudor.  He invented a method by which a horse and plow was used to cut lake ice, river ice (even Walden Pond ice, as Thoreau mentions in Walden; or, Life in the Woods) into blocks, which he insulated with sawdust and sent by wagon to iceless cities like Savannah and Charleston.  As the story goes, when these wagons passed through Baltimore, kids would swarm to them and beg for ice shavings.  Apparently, anticipating this, mothers would make sweet syrups to drizzle on top.  Egg custard was said to be a particular favorite.

In the 1880s, while Niebaum was planting his first vinifera vines,  theaters began serving  snow cones to movie-goers during the summer, giving the frozen confection a sort of upscale, sophisticated cache.

Which brings us back around full circle to sophisticated Frankie Ford and his upscale winery.

“Both are a form of show business, of theater. Wine is so much more than a beverage. It’s a romance, a story, a drama—all of those things that are basically putting on a show…”

“Years ago, when you went out with a girl you used to talk about what movies you saw.  Now you talk about what wine you drink. We’ re at a heightened state of interest in wine in this country. Wine has even become a prop in a movie, like cigarettes were in the ’ 40s. A girl could flirt holding a cigarette. Now they don’t like cigarettes in movies but wine is a great prop…”

“To be great, a wine has to have its own personality, individuality.  It’s like greatness in a person. There are qualities that you find in a person that make them unique.  It their terroir; terroir isn’t a concept that is limited to wine; it can be found in people and even in film.  My daughter Sofia’s filmmaking has terroir.  When she makes a film, there is only one person who could have made it. A lot of people can make a movie. Ten other directors could have done a good job. And then every once in a while there’s a director whose work is something you can’t find anywhere else. That would be terroir: A uniqueness rooted in the origins of the thing.”

The above quotes are all from Francis Ford Coppola, Sonoma’s most famous vintner…

…So Now You Know

But, Mr. Coppola, it begs the question: Do snow cones possess terroir—even those made with Bordeaux snow topped with mud from Château Margaux?  Or did their association with grotty Baltimore and Depression-era America, where they were nicknamed ‘penny sundaes’ because of their price, sort of sap their stature?

I’m opting for the latter.

Nonetheless, 42 West, an entertainment-industry public relations firm that represents Coppola and Coppola concerns, has urged me to pass along to you, the consumer who has run out of fun things to do with wine other than drink it, this ‘adult-friendly twist on a childhood frozen treat’:

There are a few other recipes using various Diamond wines—Coppola’s middle-range pours made from purchased grapes, AVA uncertain, but you get the picture.  By using only 1/30 of a bottle of wine per snow cone, it probably won’t move a lot of wine out of Emerald Label Diamond cellar. 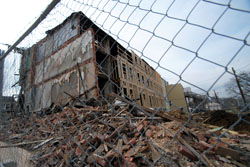 Which is just as well, since the drinks sound like something your friends will laugh at you for serving them anyway, and torment you relentlessly in the Man Cave.  Five teaspoons of wine??  There’s more alcohol than that in a glass of O’Doul’s.

Well, so the idea is not to get schnockered, but to ‘bring back cherished childhood summer memories’, unless of course your childhood was spent as a banger on E. Preston and Brentwood in Baltimore’s Johnston Square, in which case, you won’t require a snow cone to cool you down—the morgue should work just fine.

So either Francis Ford owns Skylite Snowballs, or he was really, really busy when the 42 West folks called with the snow cone concept and he just said, ‘Okay, sure, whatever,’ or the wisened wino somehow doesn’t grok that adding high-fructose corn syruped, neon-colored, artificially-flavored goop to a $20 bottle of wine is an abomination unto the Lord.

…what if it’s just a gimmick to sell, sell, sell, sell, sell, without regard for propriety  of product, a need for genuine substance or the preservation of the Francis Ford ‘I Don’t Need The Money But I’ll Take It Anyway’ Coppola family legacy??

Which, now that you mention it, sort of explains Twixt  too.