But, Will It Wash In Washington?

Damn straight it will. 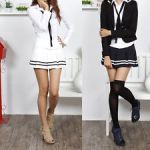 Personally, I’ve been a cheerleader for the wines of Washington ever since I was old enough to wear a five-stripe pleated skirt.  Prolific parameters of production aside, the Washington wine industry is still in its relative infancy—the first premium commercial winery opened in 1962 under the somewhat humdrum handle Associated Vineyards, the brainchild of a bunch of college professors who made wine in their garage.  Rightly suspecting that the climate of Eastern Washington would prove ideal for vinifera varieties if properly irrigated, the group began making European-style wine under the guidance of Dr. Lloyd Woodburn.

So spectacular were the results that master mentor and skilled scribbler of screeds  Hugh Johnson paid homage to Associated Vineyards—which was to become the more familiar Columbia Winery—in his classic book ‘Vintage’, calling those first releases, ‘…A turning point in modern wine history.’

The old Avis tagline, ‘When You’re #2, You Try Harder’ may in part sum up how the Washington wine industry wound up number two—trailing only California in number of operating wineries and production of premium wine.  Interactive and integrating marketing has long been a backbone of Washington wines, and the media’s attempt to awaken the public to the value-per-fifth of these wines over nearly any other state has been a consummate success.

An anthropomorphic pink French person’s heart takes a lickin’, but keeps on tickin’…

The real push came following the 60 Minutes now-famous (or infamous, depending on your perspective) 1991 broadcast ,‘The French Paradox’, which tried to wrap our heads around the idea that French people, with a diet high in saturated fat, rarely succumb to coronary heart disease.  The postulation was that the French fondness red wine, which is high in the antioxidant ‘resveratrol’, was the X-factor, and true or false, red wine consumption in the United States increased 44% within a year.  Merlot—always a silky, soft, easy to love red wine for novices, rode point on the ruby revolution.  And Washington, which produces some of the world’s most luscious merlots, did not merely climb aboard the merlot bandwagon… they knocked the driver unconscious and commandeered it.  In the years following the broadcast, merlot plantings in Washington increased fivefold.

So, while that fad was running its course, Washington winemakers were flexing their muscles and tugging on their thinking caps, trying to come up with merlot’s potential heir.  And true to form, yesterday’s experiments became today’s successor story.  ‘Experiment’ being the keyword in the sentence—a cornerstone of Washington’s nascent but burgeoning wine industry is a willingness to trial-and-error anything and everything.

‘I’ll have whatever the pilot is having…’

Which brings us around to Kaella Winery.  Dave Butner is a former Boeing employee who learn winemaking via the Boeing Employees Wine and Beermakers Club, of which we presume pilot George La Perle is a charter member. *

*Insider Boeing joke.  Look it up.

Empowered by a double gold medal he received in 2006 at the club’s annual competition, he upped his output and in 2008, went commercial. 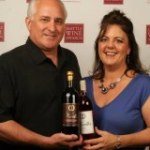 He called the winery ‘Kaella’ in honor of his beautiful daughters, Katie ‘n’ Ella, and considers it something of stroke of fortune that he did not have a son named Sam—otherwise, he might have had to name his business ‘Sam ‘n’ Ella’, which is not a real good FDA career move.

Kaella Winery is, as the name suggests, very much a family affair.  Dave’s wife Nancy is an official ‘super taster’ and gives each wine her stamp of approval before it hits the public palate.  Katie wears the proud title of Junior Punchdown Assistant and Grape Stomper, answering to her sister, the Senior Punchdown Assistant, who also lists as a hobby ‘geocahcing’—which I had to Google right after I Googled ‘George La Perle’.  (Spell check, Butners).

Anyway, Butner and Co.’s winery initially intrigued me because they produce some interesting blends—the kind that show the results that the ol’ thinking-cap can offer.  Recently sampled were a pair of sangioveses— a delicate and floral rosé and a full-bore red made in the Italian ripasso style.  More on that in a second.

Finding a decent non-Tuscan sangiovese can be a tough challenge, even in Italy, where it reaches near-magnificence in Montalcino and Maremma, though maybe in Chianti, not so much.  North of Emilia-Romagna, it really doesn’t ripen well enough to produce the desirable cherry/mulberry notes beloved by fans of the varietal, and in southern Italy, it is nothing beyond a blending grape to pump up the acidity in montepulciano, nero d’avola and zinfandel’s kissing kin, primitivo.

In the New World, plantings have offered wines that slink between really awful and not-quite-so-awful, with a handful of exceptions from the Sierra Foothills and San Luis Obispo.  According to the Antinori aggregation (who ought to know), one ironic reason for the quality malfunction in California is that the sunlight is too intense for sangiovese.  Although there was a brief but profound uptick in sangiovese plantings in Napa and Sonoma following the so-called ‘Super Tuscan’ craze of the late 20th century, they have since been scaled back considerably.  Today, there are less than two thousand acres of sangiovese in California, in contrast to nearly fifty thousand acres of zinfadel—11% of all vineyard land.

But, Then There’s Eastern Washington…

…where some of the Tuscan stars align once more, providing a habitat for sangiovese with a growing season long enough to allow clusters to ripen, but cool enough at night to preserve their acidity.  Beside sangiovese, the Red Mountain vineyards of Vinagium, Gilbert, Stone Tree and Yakima Valley’s Lonesome Spring Ranch have had considerable success with a phalanx of Italian varieties, including nebbiolo, bravo rosso, barbera and dolcetto.

Kaella’s 2010 Sangiovese, around $25, shows all above referenced qualities front and center, in part because Butner ‘double-skin’ ferments, augmenting the must with the skins removed from his Rosé of Sangiovese.  In Italy, this technique is known as ripasso (meaning, ‘re-passed’) and can result in some remarkably resonant flavors.  Indeed, in Butner’s, it does:  The wine is deep scarlet in color and shows a deep and potent soul; the nose recalls plum, mocha and cassis and it is confirmed with a balanced and well-structured red-fruit  palate.  Nuances of earth and foresty humus give Ciel du Cheval terroir a place among the Northwest’s best.

I am equally a fan of Butner’s 2012 Rosé of Sangiovese, around $17, which offers all the racy style standards—strawberry, watermelon and rhubarb flavors—packed inside a full-bodied and luscious body.  There are also notes of peach and orange rind and just enough residual sugar—1.9%—to keep the natural sangiovese acidity in balance.

Butner is a textbook ‘small’ producer, making around 500 cases annually.  That’s a bump up from his first release of 25 cases, but not by a whole lot.  These are the people we need to support in the industry, of course, provided they keep providing product of this power and glory.

So long as that happens, I’m a hella kinda Kaella fella.

This entry was posted in Sangiovese, WASHINGTON. Bookmark the permalink.