The ‘I’ Generation: Everybody’s Favorite Letter

This is a rather odd piece, granted.  It involves an attempt by Siberian winemakers to produce Super Tuscans in a climate where it snows in July and the average temperature is minus forty.

Not really.  It’s really about Moscow’s recent announcement that they have begun construction of a full-scale, stone by stone model of the Roman Coliseum in Red Square.

Just kidding, it’s really about Russia having redesigned their hammer ‘n’ sickle flag to include the Mario Brothers.

Not.  It’s about Italian vodka.

When you put a bunch of rich, famous people together in a room—people like Arrigo Cipriani (owner of Harry’s Bar of Venice), Lapo Elkann of FIAT family fame, Friulian distiller Marco Fantinel and Venetian entrepreneur Francesco Cosulich—and ask them to make some vodka, you can expect the results to be compelling.

I want to take a second to talk about these guys.  Well, not Lapo Elkann—I don’t have much to say about him, other than the absurdity of being named ‘Lapo’.  Or Cosulich, either.  These two are the money mokes, which makes them about as interesting as Newt Gingrich’s navel.  And yes, ‘Newt’ is even weirder than ‘Lapo’.

But Arrigo Cipriani is worth considering.  If you have never been to Harry’s in Venice, your life contains a hollow space, a bottomless sort of dysphoria of which you’re probably not even aware.  Let me, therefore, offer you a comprehensive literary portraiture of this landmark bar, an authentic visionary walk-through which will place you, in your mind’s eye, within the confines of this casual, but spiritually focused establishment.

Ready?  Set?  Well, screw it.  Like your mother used to say, “Go read a book.”  Ernest Hemingway’s In Harry’s Bar says it far better than I intended to. 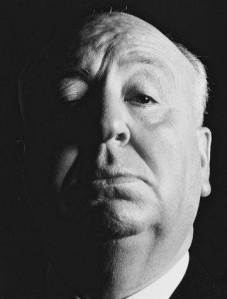 What I will say is that Harry’s was a favorite not only of Hemingway, but also of Charlie Chaplin, Alfred Hitchcock, Truman Capote, Orson Welles, Baron Philippe de Rothschild, Princess Aspasia of Greece, Aristotle Onassis, Barbara Hutton, Peggy Guggenheim, and Woody Allen.  And when I say ‘favorite’, I don’t mean, like your favorite flavor at Ben and Jerry’s—for this crew, it was a sort of lump in the throat, sniffly, Lassie coming home in that childhood tearjerker movie kind of favorite.  Harry’s is the birthplace of the bellini (a blend of  Prosecco and peach purée, which is not only a sensationally refreshing drink but excellent alliteration), and, oddly enough, carpaccio.  It is, nonetheless the 10:1 martini, served in stemless stemware, about which people rave.

Another thing I will say is that when Harry’s is busy—and it is always busy—the itsy-bitsy dining room is ear-poppingly loud, but the one time they tried to move the kitchen upstairs to reduce that end of the noise, everybody complained so much that they ultimately moved it back to where it was.  Noise is as much a part of Harry’s ambience as the butterscotch wood trim and the horrific tariff—$20 for a bowl of minestrone, for instance.

Since 1931, there has always been a Cipriani at Harry’s helm.  Arrigo’s father, Giuseppe, a bartender at Venice’s Hotel Europa, was able to open it after a wealthy patron (named Harry) paid back a small loan Giuseppe once made him, many, many times over.

These days, Arrigo holds court within the cramped landmark, but does not lord over it.  His presence is perpetual, but quiet and dignified; he keeps an unobtrusive but watchful eye over everything.  Now in his seventies, he pays due homage to Giuseppe, saying: “My father taught me everything because he invented everything.  Truly, I think I am one of his inventions.  When I was born, just one year after Harry’s Bar opened, my life’s work was already cut out for me.”

In Distill of the Night

For Marco Fantinel, his life was also decided early, and it didn’t involve vodka.

In 1969, Marco’s old man Mario Fantinel, a hotelier and restaurateur in Ravascletto, Carnia, bought vineyards in the Dolegna Collio commune of Friuli-Venezia-Giulia near the Slovenian border.  His intention was to produce top drawer wines for his rapaciously upscale hotel clientele.

Mario’s sons took an even more fervid tact, buying up tract after tract of primo Collio vineyard.  Then they began to open wine bars; first one, in San Daniele del Friuli, and later, bars in Udine, Rome, Cortina d’Ampezzo, etc.—there’s something like twenty-six now, but more open all the time.  In part, these wine bars are a conduit for the two million bottles of wine the family produces per year.

For a lot of waste-not-want-not Italian vintners, a production sideline is grappa, and that’s where distiller Marco—a third generation Fantinel—enters the immagine. In 2006, the ludicrously ambitious Fantinels launched the Suprema Grappa line, offering premium estate picolit, ramandolo, tocai and refosco grappas, said to embody ‘the pinnacle of Friulian grappa style’.  What that means is sort of ambiguous, but the golds and double golds these grappas took at the 2009 San Francisco World Spirits Competition are not.

“It is nice to be rewarded for our hard work in the vineyards and now in the distillery,” says Marco in classic understatement.

So, on to the vodka.

That conte brings us back to Harry’s Bar.  And Papa Hemingway.  And Giuseppe Cipriani.  Together, these two rogues would spend hours sipping a local, farm-distilled vodka while exchanging tall tales and short spiels, and one of the stories that Giuseppe came up with involved a twelfth century Venetian alchemist called il Bianco (the White One) who one day announced at the village tavern that he had discovered ‘the elixir of long life’. Soon enough, lords, rulers, artists and churchmen began to come from all over Italy to give the elixir a shot.  The fact that none of them are still around is probably enough evidence to conclude that the alchemist was actually selling snake oil.

Now, this is not a story on the quality level of, say, Old Man And The Sea, but for some reason, it grabbed Hemingway by the infarcted heart, and he is said to have leapt to his feet and cried out, “An absurd vision, as absurd as the idea of Italian vodka!”

So, the lampadina switched on in Giuseppe’s skull, and in 1934, with Hemingway as an advisor, a batch of I Spirit Vodka was distilled.

Ratchet forward seventy-seven years.  The original I Spirit has long since ceased production, but in Harry’s Bar—possibly over something farm distilled—Arrigo Cipriani and Lapo Elkann brainstormed the idea of reviving the singular beast known as Italian vodka, and, enlisting the talents of Marco Fantinel and possibly, a few euros from Francesco Cosulich, I Spirit was reborn.

And a singular beast it is: It’s actually more of a fusion of vodka and grappa, made by five-times distilling both grains and Friulian grapes.  As spirit specialists will tell you, the more times you distill a liquor, the more pure it becomes, and I Spirit is as a clear as any non-polluted Venetian stream.  A certain floral nuance arises, no doubt from the grapes, that make I Spirit unlike anything you’ve ever tried before in the vodka category.  It’s benign but not bland, mellow but not meek and shows elegant notes of lemon, lime and almonds.

Of course, I Spirit is in a whole different league than say, Grey Goose or Stoli.  It’s not a mixing vodka, not a martini base, not even something you want to pour over ice—better to keep a bottle in your freezer.

My suggestion?  Grab a copy of The Moveable Feast and read it with a snifter of the singular beast.

1 Response to The ‘I’ Generation: Everybody’s Favorite Letter