As the young retailer poured a sample tot of Regnaudot ‘La Fussière’, he asked in tenderfoot innocence, “Do you like Burgundy?”

He was new to the trade—one month on the job—and initially, the question struck me as awfully precious and impossibly naïve—like asking a student of American comedy if he thinks ‘Your Show of Shows’ is a funny program; like asking a rock historian if they dig the Blues. 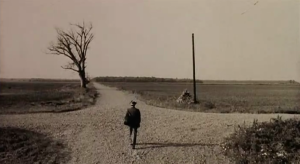 Then it occurred to me:  Among the wine people that I grew up with, not to mention the comedy buffs and wannabe musicologists, the answer to all three question would be such a super-sized, overblown, out-of-proportion ‘yes’ that it really begs another question:

Do we really like vin de Bourgogne, Howlin’ Wolf and Sid Caesar as much as we pretend to?  Or are we in love with a concept more than a product?

Is the kid at the bodega, the precocious upstart, the neophyte hootch hustler, on to something?  Inadvertently, advertently, vertently or otherwise? Maybe his question is worth more in personal introspection than it is in free gulps of Fussière.

There’s an oft-used apothegm among guitar instructors: ‘You can learn the twelve-bar blues pattern in an afternoon, then spend the rest of your life trying to figure out what to do with it.’ 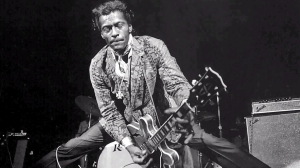 And that’s true—the heart ‘n’ soul of rock ‘n’ roll is the raw emotional rhythm, the antiphonic texture, the tonal temper of the Delta Blues; nearly every great rock guitarist borrowed schtick from Chuck Berry, who in turn drew from Robert Johnson, who was a student of Son House, who himself traced his unique sound back to rural slave chants and African spirituals.  Neither of which, you notice, ever got much Top 40 airplay.

So, consider this:  When Mr. Dude Bragging About His Digitally-Remastered Box Set of Led Zeppelin’s Greatest Hits, or She-Who-Creams-All-Over-‘Cream’-Retrospectives say they ‘dig the Blues’, what are the chances that ever spent any time listening to the field hollers of sharecroppers?  Or realize that the intro to ‘Whole Lotta Love’ is essentially Page playing Muddy Water’s ‘My Home Is In The Delta’ on an amped-up Les Paul?  Like, as much chance as John Hinckley has of actually ending up with Jodie Foster?

What Mr. and Ms. I Like The Blues really like is the idea that they like the Blues, not the actual Blues, which is understandable considering that the Blues—if you’ve ever tried to cozy up to them—are pretty effin boring.

Here’s a link to some classic Robert Johnson, circa 1936; it’s five minutes long, and I challenge you to make it beyond three minutes without nodding off.  By 4:01, you’ll throw a Croc at the speaker and I think you’ll agree that sitting through a seven disc compilation of this snorefest is pretty much what Sartre had in mind when he wrote No Exit.
https://www.youtube.com/watch?v=82yNxiF-T4A

Render Unto Caesar the Things That Are Caesar’s 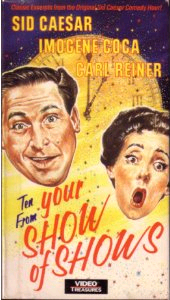 Likewise dear old Sid Caesar, who Mel Brooks called ‘the funniest man America ever produced’: ‘Your Show of Shows’ (1950 – 1954), is considered one of the most influential television shows of all times; according to the NY Times, it revolutionized small-screen comedy.  Caesar’s alumni include Woody Allen, Neil Simon, Carl Reiner and Larry Gelbart, each truly gifted comics responsible for some of the hilariousest sketch comedies of our lifetimes.  Certainly, you can’t read a Caesar tribute without finding regurgitated hype like ‘brilliant force of nature’ and ‘comedic genius’ cropping up like green gunk on day-old bread.  Albert Einstein was a Caesar fan. So was Alfred Hitchcock.

The problem—and I’ve sat through sketch after sketch—is that to modern tastes, Your Show of Shows is not that funny.  Their Show of Shows, maybe—ideal for its time and its place.  But today, although it is comedic heresy to say so, it seems hackneyed and tedious, stuck in a very provincial time warp, whereas spin-off shows like The Honeymooners and The Dick Van Dyke Show, don’t.

Like LedHeads and the Blues, asking a true Pinotphile about Burgundy is like asking a radical Islamist about Mecca.  They get all feverish.  Short of breath.  Giddy and lightheaded.  They offer the conversational equivalent of a genuflection.

Ask them to explain themselves and we’re back to the stuttering, stammering hyperbole of a Sid Caesar obituary:  Even the most literary wine scribes use the same old jaded adjectives, over and over again, ad nauseum:  ‘Burgundy is subtle, elegant, supple, sexy.’

This is, in the end, a passion that sometimes exceeds sanity; Côte d’Or means, literally, ‘hillside of gold’ and prime dirt here winds up being priciest in the world, eight times as dear as Napa’s best vineyard space and more than twice what you’d pay for an acre of Bordeaux or Champagne.  The result of all this outlay of Côte cash and Bourgogne bux, of course, is that, for the most part, the price of really fine Burgundy exceeds our capacity to experience it.

In Burgundy, the trickle-down theory is more of a deluge-down, where the pet ambrosia—wine from the 32 Grand Cru vineyards (2% of Burgundy’s 69,000 acres)—remains the dominion of those who can afford three figures and up for a single bottle of wine.  The majority of what Burgundy produces—from basic Bourgogne through the Village wines through the non-classified vineyards, and even, in off vintages, the Premiers Crus—may not be the stuff of benediction, but it’s the stuff of Burgundy, at least as far as most of us know.

It may be that the best of the appellation in the best of vintages are the finest wines in the world; I won’t argue that.  Primarily because I can’t—I’ll never drink them.  The bulk of what I drink is hit and miss; know your négociant, know your vintage, know your label and adjust your expectations accordingly.

Bringing us around the mountain full circle to the Burgundy that inquisitive young greenhorn at the wine store poured. 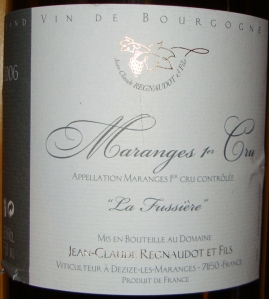 A delightful wine, all things considered: From a large Premier Cru vineyard at the very southern end of Maranges, an appellation in the département of Saône-et-Loire, still an integral part of the Côte de Beaune. One of the top producers in Maranges, Didier Regnaudot is the fourth generation winemaker to draw fruit from this 2.5 acre parcel of Pinot Noir.

The wine is expressive and bright, showing black cherry and raspberry up front, a slightly earthy undertone with moderate spice, mostly cinnamon and cola.  Clean and acidic on the finish, there is not a lot of tannin evident, nor does that appear to be Regnaudot’s goal—the wine is primarily fruit-focused, with a juicy profile that may grow more intense in a year or two, but not a lot more.

Thus, the answer to the young retailer’s poignant question is, yes, I like Burgundy.  This one included. 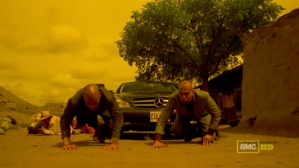 Me and Julio down by the boneyard.

I don’t, however, strap cacti to my back and crawl on my knees across miles of desert to light a novena to St. Saint Gangulphis of Burgundy; I don’t make a annual Hajj pilgrimage to Beaune and circle the L’Ecole des Vins seven times to give thanks for wines I can’t afford.

In short, I like Burgundy.  I don’t worship Burgundy.

So there, I said it.  And may God have mercy on my soul.