Why My Books Now Cost Thirteen Billion Dollars Each

My youngest daughter is one of those kids who pops an anti-ADHD pill every morning to get through the school day and also, probably—being that it’s an amphetamine—to lose weight. For each pill she wolfs down with her Honey Bunches of Oats, I pay a dollar out of my own pocket, but I also pay thousands of dollars in health insurance premiums every year so that Blue Cross will condescend to pick up the rest.

The pills, with no insurance, are ten dollars each.

That’s a lot of money for something with 20 mg. of active ingredient. In fact, it’s fifty cents per milligram.

To level set, a milligram is what the brain of a honeybee weighs. The smallest snowflake you’ve ever seen in your life? That weighs a milligram. It takes a thousand milligrams to equal the weight of a paper clip.

The mondo milligram mega-moolah filters quickly into the pockets of Teva Pharmaceuticals, the drug’s current manufacturer. Considering they bought the rights to the medication in 2008 after a daisy chain of mergers and corporate purchases, how much ownership they may claim to the original overhead R&D costs is open to speculation.

My speculation is: Not much. 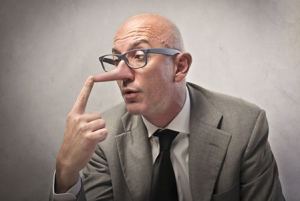 In any case, Big Pharma is always trying to explain why a glorified aspirin costs a year’s salary, and in order to explain it in such a way that normal people can’t see through the placebo pretext, they pay exorbitant year’s salaries to their public relation spin doctors: Doctors with M.D.s in Mucho Deflection.

It reminds me of the way Congressmen—most of whom are millionaires—try to explain why they deserve raises but the kid with pimples and a college loan doesn’t.

In Cliff’s Notes format, the plea that the world’s biggest narcotraficantes enter as mitigating circumstances for charging people so much money for drugs to save their lives that they wish they were dead boils down to three basic premises:

irst, the market for many drugs is very small; perhaps only a few thousand people on earth suffer from a given ailment, and if they want a cure, they have to bear the full brunt of hidden costs. Second, research is expensive, and the industry maintains that it takes a decade and well over $1 billion to get a new drug approved. Lastly, the primary competition for brand drugs is generics, and for a number of the reasons, far fewer drugs are coming off patent these days.

What the spin docs don’t tell you is that an equally valid reason for the price gouging is that the US government doesn’t regulate sticker shock; drug makers set prices based entirely on what the other guy is charging. And there’s the rub: For many drugs, there is no other guy, and the maker has a de facto monopoly. Not only that, but patents last longer in the United States than most other countries, giving the producer exclusivity designed specifically to prevent competition.

The result of all that is that I pay a dollar so that my insurance company can pay hundreds of dollars so that the Teva can make millions of dollars and the industry billions of dollars, all on the back of my sweet little snookey-kins and her focus-itis.

The Oldest Trick in My Book

Ever since that smarmy, ‘bro’-saying evil genius Martin Shkreli raised the price of Daraprim from thirteen bucks a pill to $750—thus becoming the poster child for everything we hate about big business and everything we love about the American dream—those of us not invited to the toxoplasmosis pity party saw opportunity where holier-than-thou Samaritans saw problems. Shkreli’s justification for the 5000% price hike was the usual cover story: R&D costs and no competition, even though there should have been competition since the Daraprim patent expired in 1953.

From a purist’s perspective of capitalism, it should come as no surprise that Shkreli’s primary motivation was profit, although you could easily argue that the ensuing publicity shitstorm outweighed the income.

Nevertheless, by coincidence or by divine providence, it so happens that the last couple of books I foisted upon the public list at the magical, tragical price of $13—identical to the pre-Shkreli tariff for Daraprim. Now, my prose may not cure malaria, but it is a reasonable antidote for boredom, television, homework and lawn maintenance, and I think I can say without fear of argument that when it comes to raking leaves and putting up storm windows, most of us would rather have malaria.

At this stage in my career, with no Pulitzers or Nobel Prizes on my mantel, or even a mantel to put a Pulitzer on if I had one, I see no reason why I should continue to travel the high road when it comes to pricing.  Heads up, folks: If you have not yet purchased one of the laudable library of Kassel opuses at the low, everyday price of thirteen dollars per, then I must say, kind and gentle reader, that it sucks to be you.

Because, seizing upon the business model set by St. Shkreli, Patron Saint of Fuck You, Pay Me, I am henceforth raising my book prices. And not to Turing Pharmaceuticals’ outrageous highway robbery price of $750 each, but to the World Bank grand larceny price of $13 billion each.

Of course, lest you think my heart is no bigger than a honeybee’s brain, I am prepared to support this price hike using the Big Pharma matrix:

Unlike many countries where government agencies negotiate prices for every word published, the US government doesn’t regulate prices on literature. Here, we chapter-makers set our wholesale prices based on what competing authors charge and whether we think our book is better.

Copyright laws in the United States last the life of the author plus seventy years. Since I sold my soul to Satan (coincidentally) the day before those naked photos of Ashley Tisdale surfaced, I have already squandered my afterlife. Thus, I need my cash now.

Guys, I don’t want to put too fine a point on it and come across as egotistical, but let’s get real. Nobody writes better books than me. Not only that, but nobody ever has. And I should know, I’ve read them all, from coloring books produced by Miss Ryan’s second grade Special Ed class to Kalki Krishnamurthy’s million word, five volume Ponniyin Selvan which took me seven years to get through and required me to learn a new language. I’ve read every single volume in the Library of Congress twice and I was peering over the shoulder of Dr. Linzey as he re-translated the definitive King James Bible from the Masoretic text and the Textus Receptus.

Duh. To write wine books I have to drink a lot of wine, which is not exactly cheap, except for the stuff that winemakers and publicists send me for free, which is the only stuff I’m willing to review. And every day, I have to not go to law school and become a highly paid attorney because I can’t be two places at once and I have to be home writing books for you guys.

Research is another dimension to the costs I incur to create works of high art, especially fiction, which is drawn from my manifold experiences on this complex journey through life. You may not be able to assign a price tag to the perfume of your newborn’s breath, the joy of watching your son kiss his bride on the altar, the majestic marvel  you feel as a cold-fire sunset paints Lake Michigan gold beyond the Great Bear sand dunes, but I can: 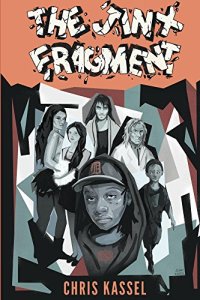 That’s it, kids. I acknowledge that raising my individual book prices to $13 billion will cut into my readership, although I am sufficiently business savvy to offer a one-time 5% discount if you pay cash and order before midnight tonight.

Otherwise, if you don’t think I’m worth it, boo-hoo. You’re not my type of customer anyway. Go read your Grishams and your Gabaldons, or if you are a person of faith, your Gods. Real readers accept the rising cost of genius. And the math is in my favor.

Currently I have ten titles on amazon, and unlike Shkreli, who relies on volume and dying-person desperation, all I need to sell is one lousy book.

This entry was posted in GENERAL and tagged Black Tongue Speaks, Chris Kassel, Startstuck in Lodi Again, The Jinx Fragment. Bookmark the permalink.