How Fenn is My Valley?

To answer the titular question, pretty Fenn.  I’m sitting inside Fenn Valley Winery in the city of Fennville, speaking to the most prolific winemaker in the Fenn Valley appellation.

Not only that, but Brian Lesperance—said winemaker—is the grandson-in-law of the guy who invented the Fenn Valley appellation in the first place.

If I said the experience was fenn-tastic, not only would it be an understatement, you’d have to shoot me.

Fennville is an interesting place nonetheless—it’s picture-perfect small-town, Midwestern Americana where everything is orchards and cemeteries and fraternal lodges.  But they’re neat orchards and orderly graveyards and lodges wear a new coat of paint; this Norman Rockwell’s saccharine take on the human condition, where front lawns are always mowed and the liquor store is discreet and people have three stately rows of corn in their backyards, even though they can buy ears of corn ten for a dollar this time of year.  They grow corn because they are wholesome, all-American, salt-of-earth types who fly flags when it isn’t Fourth of July and take down their Christmas lights when it isn’t Christmas.

Fennville has been around since 1837 and the Fennville appellation since 1981. If that date strikes you as sort of AVA prehistoric, it should: Not only was Fennville the first federally recognized appellation in Michigan, it was only the third AVA recognized anywhere, preceded by a year by Augusta, Georgia and Napa, California.

And up until a couple years ago, Fenn Valley Winery was the only show in town—owners Bill and Doug Welsch also owned—in metaphor—the appellation they’d seen established.  That followed a number of years of wrangling with other (currently designated) Lake Michigan Shore wineries and the TTB to establish a viticultural region in southwest Michigan.

As Bill’s grandson-in-law Brian puts it, “Back then, everyone was learning as they went along, including the federal government. How precisely to establish a legally defined growing region, and which wineries to include in it, is an amazingly complex thing. When we were finally approved, it followed a full-blown hearing at the Saugatuck Library in Saugatuck, with BTAF representatives flying from Washington D.C. to conduct it.” 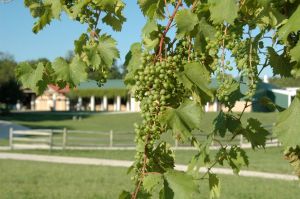 As determined at that meeting, the Fennville AVA now encompasses 75,000 acres bordering Lake Michigan on the west, the Kalamazoo River on the north, a game reserve to the east, and the Black River on the south. It is entirely contained within the Lake Michigan Shore AVA, which was established two years later, so the winery can use either appellation, depending on where the grapes are grown.

Most of these are estate grown, as Brian Lesperance—who is marketing director as well as winemaker—is proud to point out.  “We grow 90 acres to wine grapes and contract out another hundred or so.”

The tally of varietals grown winds up split evenly between vinifera and hybrid grapes—a strategy perfectly suited to the terroir of Fenn Valley, which is dictated by Lake Effect.

If you are not familiar with that term, no shame in it: Neither was I twenty years ago when I first called Bill Welsch and asked him to explain it to me, and as far as I know, he was the first wine grape grower to really base a Mission Statement around the idea.

In brief, there’s a narrow slip of land running along the entire eastern shore of Lake Michigan that enjoys a near Mediterranean climate based on the temperature of the prevailing wind rising in winter (and cooling in summer) as it passes, west to east, over the lake. Since the lake doesn’t freeze, winds that may leave Wisconsin at thirty below zero may hit land in Michigan warmed to double digits, a phenomenon cased simply by air passing over water above 32 °F. Close to the shore, Lake Effect may result in hail storms and ferocious winds, but inland a couple miles, and for about eight more miles, there is an amazing ribbon of moderate climate, which, when coupled with suitable soil types, can produce world-class vinifera grapes in most years.

It is in those ‘other’ years—when even Lake Effect can’t keep temperatures from plummeting to negative numbers—that hybrid grapes, with a natural resistance to cold weather, are the Midwest wine industry’s most effective insurance policy.

Hoping to minimize risk, the Welsch family’s initial plantings were 100% hybrid: Marechal Foch, Seyval, Cascade, DeChaunac, Vidal, Baco Noir and Aurora. Some of these vines are still producing, although they are usually used in blends. They planted cold-tolerant Riesling in 1975, and by 1977, Fenn Valley Vineyards was producing 19 different labels.

Winemaking was then under the direction of Doug Welsch, Bill’s son, who claims that his college-age experimentation with basement wine ‘had gotten out of control’. But, of course, in a good way: Almost from the outset, the targeted demographic—day-trippers from Chicago—had nibbled their bait, and by the time Fennville was declared an appellation, their sprawling tasting room—the largest one in Michigan and among the largest in the country—was hosting nearly 100,000 visitors a year.

It still does a brisk and steady trade, and about 40% of the 50,000 cases Fennville Valley Winery produces is sold on premise.

In the hour I spent with Brian Lesperance on Tuesday, I watched the tasting room crowd swell like a squall over the lake within an hour of opening.  In early August, with a number of great beaches  a short drive away as well as the impossibly pretty, leafy-streeted town on the water which is like Fennville plus cool arty types, this has become a must-stop destination for a lot of vacationers.

The wines for the most part are solid, respectable Michigan wines, with a couple of standouts.  Among these, I have faves in the major wine categories, and I’ll leave you to decide between the rest.

Yeasty, doughy, lemon-line rich méthode champenoise made entirely from Pinot noir is a delightful, crisp and solid entry to the painstaking world of properly produced sparkling wine.  Beside being a remarkable value at $22, it is unique in that it is made on premise, and not jobbed out.  Very few wineries in Michigan are willing to make this investment in time and money.

Traminette is a remarkable varietal and produces sensational wine in this corner of Michigan—why it isn’t grown in greater quantities in a mystery.  A hybrid of  Joannes Seyve and Gewürztraminer, it maintains the best qualities of both, meaning that it has high yields, withstands cold and disease, and offers the heady sweet fruit of Gewürz without the oily, overly floral tendencies when this grape is grown here.  This one shows peach, lychee and grapefruit is juicy proportions;  at $12 a bottle, Fenn Valley Traminette 2015 is among the most sensuously appealing Michigan wines I’ve had in a while.

Merlot is not the grape that you’d think a Michigan winemaker would single out as his best producer, either in quantity or quality, but Brian swears by it.  And his Reserve Merlot 2013 ($22) is a rich blend of wild berry flavors, black and red, and wrapped in a silken package of tannins.  Long on the palate and a lovely wine with which to showcase Michigan reds, which can sometimes be pyrazine-heavy and thin.

Finally, Vidal Ice Wine; a sweet syrupy decoction of Vidal grapes harvested after they’ve frozen on the vine.  The wine is amber brown and redolent of apricot jam, honey, walnuts and marzipan. $22 for a half-bottle. 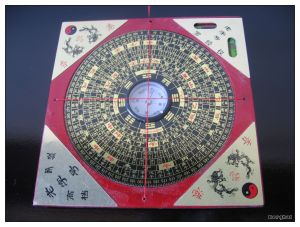 Feng Shui is a Chinese philosophical system; it examines harmony, how the placement of things affects energy flows. If it covers high-rise apartment complexes, I assume it covers vineyards.

Out here, two miles from Lake Michigan, basking in Lake Effect, which in August keeps everything a bit more temperate than in the rest of sun-baked mid-Michigan, and awaiting a harvest that should come a weeks later too? What you have going out here in Fennville is some serious Fenn Shui.