I’m Butch, The HoseMaster is Alfalfa and You’re Darla

A note was passed to me yesterday during wine class—it was from Barbara, that pretty girl in the back with the Category Merchandiser nameplate on her pinafore.

“I may not always get what you and The HoseMaster write (big words and satire and all that) but you both make me laugh.” 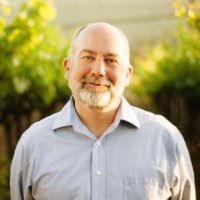 The Master of Hoses

I must say, once the chicks start noticing the size of your words, you are that much  closer to performing an act of coitus satirarium, which is non-physical union with an already-married note-passer, which Barbara happens to be.

“My words are bigger than Hosemaster’s.” * 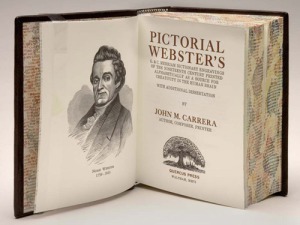 “Check out the size of my dic…
tionary.”

* Incidentally, guys who use small words are always relieved when babes who aren’t Babs assure them that ‘size doesn’t matter’, but as we well-endowed glossologists, lexicographists and philologing phoneticians know, it certainly does.  There are places in the female psyche that can only be truly satisfied by a throbbing, thrusting unit of language nicely hung with letters; if it’s ribbed with diacritical marks or lubricated with hyphens, so much the better.

If from time to time Brain Vaseline is required, I believe Daniel Webster makes a popular brand.

As for satire, the way to a woman’s heart is through her funny bone, and by heart, of course I mean something warm and squishy and deep inside and by satire I mean taking a generally stultifying subject and reducing it to a churning urn of self-important goo. 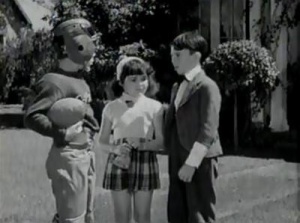 In this endeavor, me and The HoseMaster of Wine—who has a much more phallic name than me, I admit—have been vying for the attention of the prettiest perusers and the sexiest savants for quite a while now.

We are the Butch and Alfalfa of wine writing, eternally fighting over Darla in her tiny skirt and perky, turned-up nose.

We are Eric Clapton and George Harrison—you, the perpetually fickle Pattie Boyd.

We are John and Bobby Kennedy, and you, the irresistible Marilyn Monroe forever breathing in our eager ears, “Happy birthday, Mr. Wine Writer, happy birthday to you…”

When the offended cock-smooch actually called the cops, my local police department paid me a visit (hand before God); we wound up top-popping one my illegal Mason jars of moonshine and blowing up a few neighborhood mailboxes.

And of course, there’s Sphincterina—a.k.a. Sarah May Glöckenspiel—who loudly proclaimed that she wouldn’t go to bed with one of my wine books if I was the last sleepy-time author on earth.

Although, dear readers, we are eternal rivals for your affections, I think the Mission Statement of both Ron and me has been pretty consistent from the gitty up:  If you take this stuff too seriously, you aren’t doing it right.

Satire is the literary equivalent of the cock o’ the walk displaying puffed throat feathers and talon blades—satirists are the alpha and omega, and as Ron Washam and I jockey for those positions, we’re happy to let the other wine-scribbling Slim Shadys fill up the in-between spots.

As young Barbara learned early in life, any act of consensual text—with mutual respect between reader and writer—is blessed by both nature and Numen.

In the meantime, those impotent dinky-donged wankers we offend;  those super-fragile Cali dipshit ♥-Cialis douchebags?

I’ll have to think of a really big word to describe them.