Kickstarter: Fund MY Dreams, Not Yours

‘Doing obscure, cool shit costs money.  Why waste your own?’

If I ran a crowd funding platform—the post-modern answer to standing on a freeway on-ramp holding a misspelled sign—that’s the slogan I’d use.  And if I was marketing to donators rather than donatees,  I’d go with, ‘Stop hording for retirement. The planet is doomed anyway.’

Anything less cynical, I’m afraid, doesn’t capture the true surreal distastefulness of the crowd funding concept—essentially a phishing scam where you don’t pretend you are a deposed Nigerian finance minister, you pretend you’re you.  And by pretend, of course I mean you paint happy little Bob Ross trees all over your resumé, drape your dreams in a dress uniform and try to convince strangers that you just need a little change until payday—as much or as little as they can spare—to tide you over.  Whether or not they receive anything tangible for their pocketful of pennies is up to the dude with the freeway sign; each ‘campaign’ has its own rules.

You can be reasonably confident, though, that whatever you drop into the open palm will not be the equivalent of what you could have had if you’d just waited for the store version of whatever it is you’re funding. 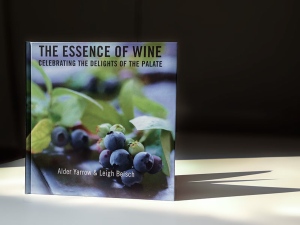 A perfect example, and the first real-time example of crowd funding I can recall, is when Alder Yarrow, a wine blogger from California, started a tin-cup crusade to finance The Essence of Wine: Celebrating the Delights of the Palate, which by his own admission no publisher wanted to touch.  Now, I’m not saying it’s not a great book: It made the New York Times ‘Best Wine Books of 2014’ list, which is also not to say it’s a great book, but it’s saying something.  Copies of my books can be purchased on line for the price of a New York Times.

My point is that I recall that when I read the original Yarrow pitch,  the unsettling idea seemed to be that I was supposed to purchase a book before it was written.

Paying for wine en primeur is one thing; it’s already in the barrel.  You can test the waters, so to speak.  Buying a book that hasn’t been written yet is like buying wine futures before the vineyard’s been planted.

And, indeed, in Yarrow’s original ‘menu’ of donation levels, a $70 dole-out bought you a single copy of the book, which today sells on Amazon for fifty.

I can get behind the idea that if I donate $70 to NPR, I will receive as my thanks some Crackerjack prize worth twelve cents, but at least I get to go to sleep knowing I’ve helped shore up the foundation of a wonderful institution. The additional twenty bucks you’d have paid for Alder’s book (along with another $8.95) buys you a cup of Neapolitan Frappuccino with a scoop of vanilla bean powder and a pump of mocha syrup at Starbuck’s.

I bring this up because I received two somewhat pathetic poverty pleas in my inbox this week, both suggesting that I redirect money I’d earmarked for various interesting projects of my own to uninteresting projects of theirs.  Why I would even consider doing this is moot; I wouldn’t.  Why they would even consider asking me is unmoot: In fact, it’s worth a whole column, which I’ll write as soon as you send me seventy dollars and a cup of Starbuck’s S’mores Frappuccino with a double pump of chutzpah.

Clark Smith: I’m saying toupée; what are you saying?

Clark Smith describes himself as an ‘outspoken champion of the small American winemaker’ whose life’s mission is to ‘explore the possibility that California can become known for wines of style and grace, not just impact.’  In his world, apparently, wines like Kongsgaard Chardonnay (Napa) or Dunn Cabernet (Howell Mountain) don’t exist.  In our world, however, he is bankrupt.

He admits as much on his freeway sign, a.k.a. his Kickstarter web page, where he’s looking for $10,000 to bottle wines he’s had in barriques since 2007 when his winemaking operation went belly-up.

Since then, he claims, he’s paid the light bills by teaching wine basics to those who want to open wineries.

Candy is dandy, liquor is quicker, but Quaaludes are outta the ball park.

Since Smith FUBARed his own winery, I’m not sure it wouldn’t make more sense to attend a class on consensual sex taught by Bill Cosby, but nonetheless, at a $500 donation level, your personal payback from Clark Smith’s Kickstarter campaign is admission to his Fundamentals of Modern Winemaking course, offered March 12-13, 2016.  He thereupon links the course syllabus, where, lo and behold, the actual cost you’d pay if you really wanted to attend, but not throw good money after bad with some bottling pipe dream, is $300.

Some business savvy, huh?  It’s not really that difficult to understand why a moke who would approach potential investors for a specific lump sum, then link them to a site where they can see the identical investment return for $200 less, is bankrupt.

Randall Grahm, on the other hand, is not bankrupt.  Indeed, if he’s even close that means he’s managed to fritter away the cool $10 million he made on the sale of Big House and Cardinal Zin to The Wine Group LLC in 2006, and thus, might not be the wisest yard in which to toss your altruistic bones.

Randall Grahm is a loveable roly-poly snuggle-bunny of a sacred cow among wine writers. And I like him—I really do.  When I was just starting to write about wine, he gave me long, convoluted, beyond-the-call-of-duty  interviews.  So, this is not meant as a bitch slap.  But then as now, as endearing, charming, funny and otherworldy cosmic as he may be, he always struck me as having a bat or two loose in the ol’ belfry; a Wicked Wing short of a Family Bucket.

He’s done some mighty innovative things over the years, granted, and although when I read his windbaggy, loco-loquacious emails, I roll my eyes to the point where I occasionally require emergency ocular surgery, I read it nonetheless—if for no other reason than to find out what hare-brained notion he’s come up with this month.

Of course, until now, he wasn’t asking me to underwrite him.

On Tuesday, he send out mass-mailing under the heading ‘A Modest Proposal’,  looking for $350,000 to grubstake a plot of San Juan Bautista farmland  called ‘Popelouchum’ where he’d like to develop 10,000 new vinifera varieties. Each grape, he claims, would  be genetically distinct, and would ultimately be blended into a single wine ‘such as the world has not tasted heretofore.’

For the curious, ‘Popelouchum’ is not an Ohlone Indian word for ‘Batshit Crazy’; it is what the tribe used to call Grahm’s 280-acre farm HMD—Heretofore Manifest Destiny.

A Modest Evaluation of an Immodest Proposal

In the first place, Native Americans die of alcohol-related causes three times more often than the general population; thus, naming an adult beverage after an Indian village is sort of like naming a toll road after the Freeway Killer or a hospice after R.J. Reynolds. 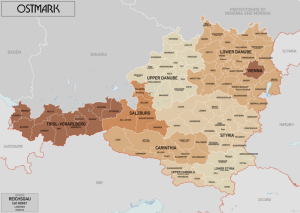 In the second place, just as I’m amused at subdivisions like Whispering Pines or Wildflower Village or Meadowbrook Estates, named after whatever the developers had to destroy in order to build it, so I retain the right to be amused by naming land after the very people we stole it from.  It’s like if Hitler had forcibly annexed Austria and renamed it ‘Austria’.

But, a bigger question is, if Grahm is intent on blending all of his 10,000 new grapes together in a single unique cuvée, why does he need them each to be genetically distinctive?  Wouldn’t it make better business sense to breed 5000 grapes, each with two unique characteristics—then all this hifalutin’ tomfoolery would only set you and me back $175 k.

The Vineyard of Dr. Moreau.

Or better yet, how about developing one varietal with 10,000 unique characteristics?  Then it would only cost a buck, and you’d be in my price rage.

Almost as amusing as the whole chuckleheaded concept is the requisite list of ‘rewards’ that Randall offers those among his willowy minnowy minions who nibble at the bait:

For five dollars, he says thank you. For $25 he sends you three posters, described as ‘Discontinued, with only a few left!  Who knows what treasures you will receive?’ which I take to mean, ‘You’re paying me twenty-five bucks so I can clean out my attic, and I’m not even sure what’s up there.’

But here’s the ringer: For $100, my friends—a single C-note, ten tenners, the price of a Grahm of cocaine—we get to name one of Randall’s new varieties of wine grapes—a grape never grown or tasted heretofore or aftertofore and, Randall claims, without restriction.

My God, people!  Do you see the possibilities here?  For a mere hundred bucks, Randall Grahm will do all the heavy lifting in the developing and testing of a brand new wine grape we’ll then name Felch-Faced noir or Bukkaki blanc or Jiggity Jigaboo Jurançon or Dykey Diddly Butch-Buggering Sucky Fucky or…

Help me out here!  Get in on the ground floor!  I just decided to launch  a Kickstart campaign to raise that measly hundred dollars, and for any sponsorship of my personal quest to name a grape ‘Petite Give The Fucking Land Back to the Fucking Ohlone’—or whatever name we collectively agree upon—we should raise a righteous ruckus  on Randall’s rollicking ranchland.  Are we there yet?!  Are we there yet?!

5 Responses to Kickstarter: Fund MY Dreams, Not Yours