Posted on December 5, 2014 by intoxreport

Although I wear the social face of an altruistic wine scholar while living a public existence of citizenship, leadership and responsibility (using life skills I learned at the 4-H Club—‘Heart, Hands, Health and Heroin’), the truth of the matter is that privately, I am quite misanthropic.

Especially around Christmastime.  At any season, of course, I find a ‘happy ending’ that does not involve a Thai masseuse to be a metastic melanoma  on the butt cheek of reality, but—much as the portly gentlemen with credentials assured Mr. Scrooge regarding the poor, ‘it is a time, of all others, when want is keenly felt’—so in the weeks leading up to the world’s perennial feel-good anticlimax, we are subjected to a plethora of smiley-face classics designed to mask the fact that the rest of the year is a steaming pile of cholera dookie.

Thus, as a public service intended to keep us all firmly grounded in real-time honesty, I will tackle and rewrite as many of these Yuletide abominations  as I can before the combined tug of delirium tremens, withdrawal symptoms and unmedicated catatonic schizophrenia forces me back into writing about wine.

How The Grinch Stole Christmas 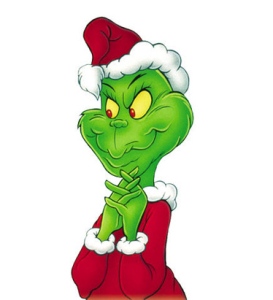 “They’re just waking up! I know just what they’ll do!

“Their mouths will hang open a minute or two

“The all the Whos down in Who-ville will all cry BOO-HOO!”

“That’s a noise,” grinned the Grinch, “That I simply must hear!”

So he paused. And the Grinch put a hand to his ear.

And he did hear a sound rising over the snow.

It started in low. Then it started to grow… 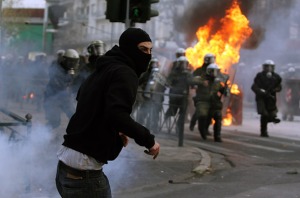 All the Whos had awoken, and finding their loss,

Declined their Who coffee, Who brushes, Who floss,

They took to the streets which were  normally quiet,

And like Ferguson’s outraged, they launched a Who riot.

They tore up the Who stores, trashed other Whos’ cars,

They robbed from Who strip malls, they burned down Who bars,

They beat up non-Who folks and mainlined Who-meth,

Poor Cindy Lou Who was thus trampled to death.

Then they all lit Who torches and stormed up the hill,

They found the Grinch trembling;  frightened and still.

They lit him on fire and  salvaged their feast,

“Do They Know It’s Christmas?” 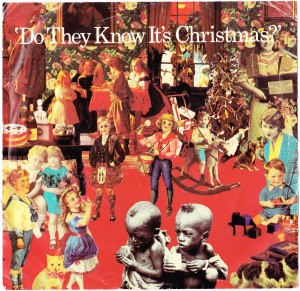 [Bono:]
Well tonight thank God it’s them instead of you.

[Will Young & Jamelia:]
And there won’t be snow in Africa this Christmastime.

[Rest of world:]
What about on top of Mt. Kilimanjaro, you blithering douchenozzles?

[Ms Dynamite & Beverly Knight:]
Where nothing ever grows,
No rain nor rivers flow

[Rest of world:]
For Christ’s sake, get a map: The Nile is the longest river in the world.

[Group of ten and Joss Stone:]
Do they know it’s Christmastime at all?

[Rest of world:]
Considering that  47% of the African population is Muslim, accounting for 1/4 of the world’s Muslim population, even if they did know it was Christmas it wouldn’t have the slightest relevance in their daily lives, would it?

[Joss Stone & Justin Hawkins:]
Do they know it’s Christmastime at all?

…Really, for a man who had been out of practice for so many years, it was a splendid laugh, a most illustrious laugh. The father of a long, long line of brilliant laughs!

“I don’t know what day of the month it is!” said Scrooge. “I don’t know how long I’ve been among the Spirits. I don’t know anything. I’m quite a baby. Never mind. I don’t care. I’d rather be a baby. Hallo! Whoop! Hallo here!”

He was checked in his transports by the churches ringing out the lustiest peals he had ever heard. Clash, clang, hammer, ding, dong, bell. Bell, dong, ding, hammer, clang, clash! Oh, glorious, glorious! 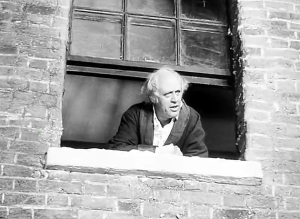 Running to the window, he opened it, and put out his stirring, cold cold, piping for the blood to dance to; Golden sunlight; Heavenly sky; sweet fresh air; merry bells. Oh, glorious. Glorious!

“Easter?!” said Scrooge to himself. “The Spirits have kept me insensate until…?”

Suddenly, the white-clothed attendant took hold of his arm in a tight, tight grasp and cried in his irritated bark, “Back to bed, you old cramp-bone.”

“Where… where am I?” cried Scrooge. 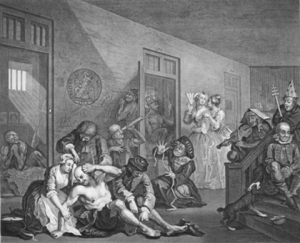 “Why, the  hospital for the insane—St. Mary of Bethlehem; Bedlam, you nutter.  You were committed in December when you woke up babbling like a loon about ghosts and fezziwigs.”

“Call my solicitors instantly,” Scrooge demanded, puffing  up his chest in a pique.

“Ain’t none left,” the attendant chuckled.  “Not since they repossessed your home for unpaid taxes and Cratchett bought your business for a penny on a pound.  You’re destitute, you foul-smelling  old batty fang.  Hurry up and die so Nurse and I can use the bed for our afternoon nanty narking ; ain’t she got the jammiest bits o’ jam, now?”

Scrooge died at once, dead as a door-nail, and it was always said of him, never a man alive so lived the Total Asshole Principal and thus deserved to die penniless and in mental turmoil!

And so, may it truly be said of all of us, as Tiny Tim observed…

“White Power Christmas”  (from the Broadway hit Rosewood: The Musical) 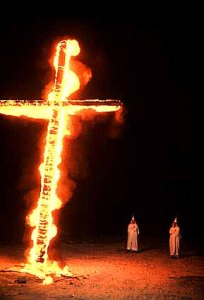 I’m dreaming of a white Christmas,

Where the schools refused ‘em, and stores abused ‘em,

And there were towns they couldn’t go.

I’m dreaming of a white Christmas,

With every wooden cross I light.

May your pale-skinned buddies unite,

And may all your Christmases be white.

Violet: Boy, are you stupid Charlie Brown. You were supposed to get a good tree. Can’t you even tell a good tree from a poor tree?

Lucy: You’ve been dumb before, but this time you bit it.

Charlie: I guess you were right Linus; I shouldn’t have picked

this little tree. Everything I do turns into a disaster. I guess

I don’t really know what Christmas is about. Isn’t there anyone

who understands what Christmas is all about?

Linus: Sure, I can tell you what Christmas is all about. 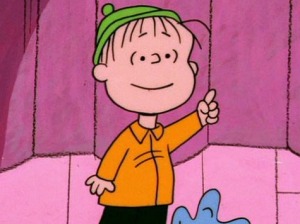 Linus:  A couple of minutes before you came in, Pig Pen drew a semi-automatic pistol  and forced us into the auditorium to listen to a manifesto.  It went like this:

“Dear Peanuts Gang:  After a lifetime of being mocked for my poor hygiene and given a name by Charles Schultz as offensive as if he’d named  Franklin ‘Bicycle Tire Lips’, I have gathered you all here to let you know that I have been diagnosed with ebola and that the dust cloud that I emanate every couple steps is filled with the active virus.  Thus, you all have been infected.  Your body’s collagen will soon turn to mush as your skin layers liquefy while blood clots thicken your bloodstreams, causing internal and external hemorrhaging and you all die in slow agony.  Merry Christmas.”

This is what Christmas is all about,  Charlie Brown:  Togetherness.  We have voluntarily quarantined ourselves within the auditorium and will die as we lived: As an irritating group of parentless larvae with a dog who talks in thought bubbles.  Fortunately, we have Lucy here to help us through the worst of it, although she has raised her psychiatric fee to $500 a second.

Lucy:  Afraid of blood clots?  If so, you have coagulatophobia.  What about fear of tiny white blisters and red spots on the surface of the skin that can tear off with just a small amount of pressure?  You have Epidermatitiaherpetiformiphobia.  Scared of bleeding from the eyeballs?  That’s subconjunctival haemorrhagophobia… 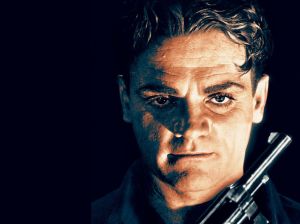 Kris Kringle (Edmund Gwenn) is indignant to find that the person (Mickey Rooney) assigned to play Santa in the annual Macy’s Thanksgiving Day Parade is intoxicated. When he complains to event director Dortmund Walker (James Cagney), he learns that the drunk Santa is actually Walker’s favorite nephew, Slobbery Sluíreachadh. Fearing bad publicity if Kringle should go public, Walker (a member of the Irish syndicate), has Kris Kringle murdered and hung on the hundred-foot Norway Spruce in Rockefeller Center with a stake of holly through his heart.

‘My Santa, what big roving hands you have.’

Slobbery Sluíreachadh remains as Santa, but touches Walker’s second grade daughter Susan (Natalie Wood) inappropriately while she is sitting on his lap, and Walker has him publicly boiled in pudding.

Later, at a formal hearing before New York Supreme Court Judge Henry X. Harper (Gene Lockhart), Walker confesses to both murders, but Harper’s political adviser, Charlie Halloran (William Frawley), warns him that convicting the well-connected gangster would be disastrous for his upcoming reelection bid. Harper buys time by deciding to hear evidence before ruling.  During that hearing, a mail sorter (Jack Albertson) delivers to the court 21 bags of letters from Leprechauns asking for clemency, and in the spirit of the season, Walker is acquitted.

Of course, since (unbeknownst to anyone) the real Santa Claus has already been murdered, Christmas never arrives that year, nor in any following year, and in a flash forward, the film ends with the holiday finally being declared officially extinct in 1984.

(A sequel involving the subsequent war between the Leprechauns and the orphaned Elves was filmed by David Lean in 1959, but never released.) 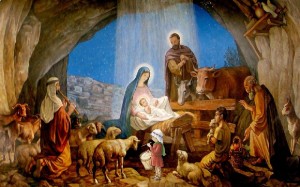 And when he had gathered all the chief priests and scribes of the people together, Herod  demanded of them where Christ should be born.

And they said unto him, In Bethlehem of Judea: for thus it is written by the prophet, 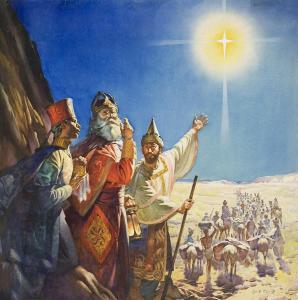 Then Herod, when he had privily called the wise men, inquired of them diligently what time the star appeared. And he sent them to Bethlehem, and said, Go and search diligently for the young child; and when ye have found him, bring gold, and frankincense and myrrh.

When they had heard the king, they departed; and, lo, the star, which they saw in the east went before them, till they halted to ready their treasures and Balthazar was seen to bear only the skins of animals.

When the other Magi saw this, they were sore displeased, for Balthazar had misheard Herod, thinking he said fur instead of myrrh.

Yet however wise, not one of the Magi  knew the nature of this substance myrrh, nor was its availability known to them, and they were many weeks in search of it throughout the Judea, and when they found some at last, the Star in the East was long extinguished and  all the world perished unsaved.

Verily, Three Men of the Orient: Close, but no rubber cigar.  Amen  [The End]