HoseMaster, meet hose hauler—and if you guys would consider a nude mud-wrestling hose-off to see whose hose heaves the heftiest hurl, have your girl call my girl and we’ll set up Pay Per View.

The NoseMaster wins by a hose

In this corner, HoseMaster Ron Washam, who announced in a tear-jerking Thanksgiving Eve threnody that he is retiring from wine writing—a day for pretentious critics, narcissistic winemakers and whiny consumers as sad was Ceausescu’s execution to the Romanian man-in-the-street.  In other words, they are dancing in those streets, spared from further face-cages in Room 101 of Washam’s blog.

Ron, you see—God bless his snarky soul—was able to overcome twin-whammy handicaps: He was born with a tastevin around his neck (twice named Sommelier of the Year by the Southern California Restaurant Writers’ Association) and he is from California.  Nonetheless, he found the strength, through hard work, prayer and focus to remove the rosé-colored glasses through which his fellow plonk pundits view the situation and saw wine world for what it is:  Voluminous, fascinating and entirely mockable the nanosecond it begins to take itself too seriously.   He’s been able to tear new sphincters where virgin orifices are required, and in such a congenial, cynic-next-door sort of sweetness that in the long run the feedback he most received was, ‘Thank you, sir; I’ll have another.’

See, as someone who manages to piss off winemakers even when I praise them, this is an impressive oeuvre.

Anyway, I could go on, and then on, and from there, further on, but I read his Farewell Address to the Nation with the same sniveling doubt that Bucharestians must have read the headline on the morning of December 26, 1989:  By which I mean, looking for a masthead that read ‘The Onion’.

…And In The Other Corner, The HoseHauler

Just as ‘sanitation engineers’ is the waggish way that jocular jakes refer to  garbage men, so I assume that ‘fermentation control specialist’ is what jesting vintners joshingly call ‘hose haulers’. 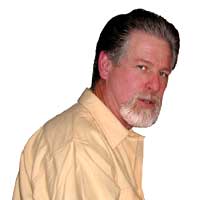 According to his bio, that’s what Westbrook Wine Farms helmsman Ray Krause began his wine career doing—hauling hoses at Fresno’s Roma Winery.  At the time, he’d been accepted into a prestigious enology program at Fresno State University, for which he hosed the original San Joaquin Valley Wine Growers Association out of a scholarship.  After a stint spent hosing down U.S. Army Air Defense Command fighter jets, Krause went to work for Mirrasou, ultimately becoming their national sales director.

He went solo in 1975, creating ‘several product specific wine production and marketing entities’—a subterranean concept which only the dark mind of a sales director could grasp.  It wasn’t until 1994 that he came up with a concept that a challenged wino like me could wrap his palate around:  A bottle of wine.  Having purchased 40 acres without a mule, but with a horse—Paint Horse Ranch, specifically—he released his first bottling of Fait Accompli, a Bordeaux blend that, like a self-respecting, old school Claret, relied on grape co-fermentation rather than the final mix winding up as a barrel-time decision.  This blend, though proprietary , contains a higher percentage of cab franc than is used in most Meritage blends, more than 20%, making it (to my taste) a wine similar in weight, texture and profile to St-Émilion rather than the more austere wines of Médoc.  Both storied regions may nude mud-wrestle for the title of Bordeaux’s best, but the wines of the former tend to be more approachable, and, especially when young, more seductive and supple.   If that was Krause’s goal, it is in fact, fait accompli—mission accomplished. 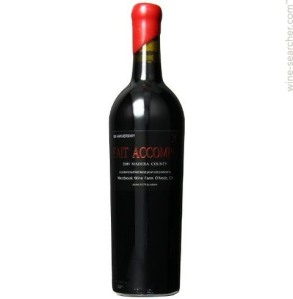 I was fortunate enough to try a four-vintage vertical of this immense, dense, intense  wine—2005, 2006, 2008 and 2009.  Each sells for around $60, each wears an individual wardrobe, inky and sumptuous, forward, focused and with one exception, each is quite prepared to perform.

An explosively seductive bouquet in the 2005 offered promise; the nose had a particular depth and profile usually reserved the hallowed Right Bank estates—brilliant blackberry and cassis girded by huge, evocative, scents of dried herbs, both in potpourri and standing alone as marjoram, chamomile, thyme.  Bottle to glass, the most powerful flavors remained wound up in the bouquet with the taste showing bright, but somewhat thin at first pass.  So I let it air for a few hours, re-tasted it, and in fact, the herbal notes had settled into the glass, with the nose showing a whiff of polished wood, warm  but restrained alcohol , with all the brilliant fruit notes intact while the palate fleshed-out nicely.

2006’s red carpet rolled out with less fanfare, more subtle, deeper, more diffused tertiaries and jammier, almost stewy fruit but shored beautifully by acidity. The integration of the elements seemed more complete, and although the wine is not the blockbuster that the 2005 is, it is fused, less complex and without obvious seams.

The 2008 presented more cocoa and coffee up front; the black fruits were hiding and the wine came across as brooding,  pensive and closed.  The tannins are presented in a wall—parching and still too big; they coat the mouth rather than titillate the tongue.  It’s a phase that some wines—Bordeaux in particular—pass through within a few years of bottling; the French call it the age ingrat or ‘difficult years’, and it  can be seen metaphorically as a teenager who prefers to spend time on the iPhone in her bedroom rather than chatting about life at the dinner table.  This may, in fact, explain the muted scents and flavors found here; decanting is a must and like the kid in the room, offering up a little breathing space is a plus.

Westbrook Farm Vineyard’s 10 year anniversary Fait Accompli, vintage ’09, is a creeping triumph, growing richer and  deeper in the glass.  Nice, saturated garnet color, it offers concentrated plum and lush blackberry notes with a hint of mocha in the bouquet. The entrance is sweet and elegant with opulent layers of black cherry, cedar, pepper and  vanilla that dance across the palate. The finish is rich and lengthy with well-developed tannins that smooth out through the moments that the wine lingers on the palate.

Fait Accompli remains the Westbrook flagship wine, but nestling amid the rest of the fleet are a number of variation on the theme, and at least one that straggles away from the armada and makes its own way.  I’m always intrigued—and more than a little leery—to see what Central California does with one of Michigan’s pet varieties, riesling, because it is nearly always a grape that does better in a non-cabernet climate. 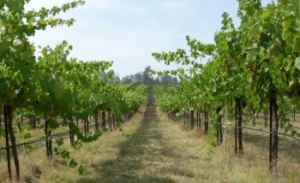 Madera grapes on the hoof

First, a word on the appellation, Madera.   Plunked (or maybe ‘plonked’) in the center of the center—California’s hot, hyper-productive Central Valley, a hundred miles from the coast.  The climate is suited for production, and nearly a tenth of all California vineyards are located here.  Madera is Spanish for ‘lumber’, and the area has been tree-centered in centuries past.  Fresno, Krause’s alma mater, is also a wood word, meaning the local, prolific mountain ash.  The Fresno River flows through the AVA, and was the source that provided water for the man-made flume in the that took logs to the Central Pacific Railroad in the 19th century .  The river also provides irrigation, without which agriculture could not survive in these otherwise sun-soaked, arid flatlands.  Given the enological profile, it is no surprise that the bulk of the wine produced in Madera is just that—bulk.  With 80% of the wine vineyards planted to  muscat, typically used to produce fortified and molar-crumbling dessert wine, the challenge for serious winemakers here is to hang on to the grape acids which fade in hot weather and thereby, tend to throw the chemistry off.

Westbrook Farm Vineyard’s Über Rhenish, 2011 ($17) is vinified in what Krause refers to as an ‘intentionally austere Austrian style’, by which I think he might mean ‘picked early’—and probably at night.  Otherwise, unless he heaped in boatloads of tartaric acid at fermentation, the wine shows a remarkable low pH.  But, I don’t think it is artificially enhanced acidity, because the wine—although balanced—is missing some of the stone fruit flavors that riesling typically develops with long vine hang times.  In fact, the word Krause uses, ‘austere’, is quite indicative of the bone-dry style of ‘Rhenish’ (of the Rhine) that he produces.  He also ferments the must in a barrel, which is a pretty unique approach to the variety, but perhaps de rigeur in an appellation called ‘wood’.  Here, the results are a riesling that is fairly high in octane (13.2%), bright with lime and grapefruit, but not so much of the super-ripe peach and apricot that a warm weather riesling could easily showcase.  It’s a beautiful food accompaniment, but in a strange, lightly toasted style that most riesling fans may not understand.

Wine Enthusiast gets it, apparently:  They handed out a firm 90 points to the 2006 Über Rhenish.

Something else I dig about Krause: The Westbrook newsletter provides some interesting poetic commentary, making references to Thoreau and making god-awful puns like ‘Malmsey Dearest’,  proving that Ray Krause has a facility with words as well as hoses.

In the end, it’s all good: Whether associated with the HoseMaster (in his repose; alas, so it goes) or the hose hauler (long may he compose), the nose, as well as the prose, always knows.

1 Response to Westbrook Wine Farm: The House That Krause Soused