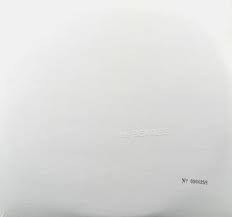 Really sensational music made by really phenomenal musicians allows us to overlook really dopey band names, right?  Which is why we can listen to The White Album without rolling our eyes.

Yes, I know the Left Foot Charley Winery & Tasting Room story.  Do you ?

‘As a child Bryan  [Ulbrich] was an impulsive kid with an inward leaning left foot. This combined with the unencumbered enthusiasm to run before thinking cause him to trip and eat a lot of earth in his day. The nickname grew out of family parties…’

So, my read is this:

Bryan Ulbrich’s family, perhaps under the excessive  influence of the very substance Bryan  chose to pursue as his life’s work, collectively decided to mock poor, unencumbered, physically deformed li’l Bryan by giving him a funny ‘gimp’ nickname, but—possibly suffering from the memory dysfunction that sometimes accompanies extreme, party-fueled inebriation—forgot that his name was ‘Bryan’, not ‘Charlie’, then just as promptly forgot how to spell Charlie.

Yeah, it really makes no difference to me—no more than pointing out that if the Fab Four were  that intent on stealing Buddy Holly’s entomological band-naming theme,  then making an obnoxious pun out of it, they could have just as easily wound up as ‘The Rock & Roly-Poly Pill Bugs’.

Ulbrich is beloved throughout the Michigan wine community, so I hope I take nothing away from his communal belovedry by gently pulling his leg (the good one), poking fun of his eponymous winery’s non-eponymous name.  It’s cute; really it is, and it’s not like he called the place Spazzy Clubfoot’s Crippley Winery & Handicapped Tasting Room.

He does call it an ‘Urban Winery’, however, touting  it as a ‘concept’.

Again with the band similes, but ‘concept wines’  tend to be as annoying as ‘concept albums’—unless, of course, they are brilliant.  Hence, Blue Oyster Cult’s Imaginos is unilaterally annoying and Jethro Tull’s Thick As A Brick is ironically brilliant.

So, Where’s The Concept?

Let’s travel back in time, shall we?  And visit a younger, though  post life-of-the-party, unencumbered, dirt-eating Charley.  In 2004, Bryan  postponed a vacation to rescue a local vineyard that had fallen on hard horticultural habits thanks to a new owner who had about as much business growing wine grapes as The Hillside Strangler has dating my daughter.  Apparently, vital things like canopy management had been neglected and powdery mildew was threatening the harvest, and even with his best efforts, Bryan was only able to salvage a small crop of riesling.

That led to a eureka moment which is best elucidated by plagiarizing more words from his website:

‘Throughout Northern Michigan there are numerous small vineyards owned and farmed by individuals who do not have wineries. The grapes were often sent to giant blends. Many of these viticulturists are excellent farmers and deserve to see their work turned into wine.’

And my read is this: 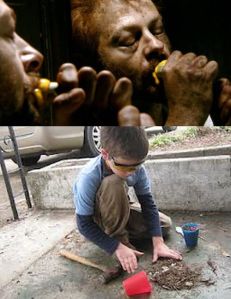 And that’s copacetic, of course: Van Gogh is no less celebrated because he ate his paints instead of making them from scratch like DaVinci did.

‘Left Foot Charley has teamed up with Northern Michigan’s best 18 growers to produce wines that display the range of aroma and flavor found among the glacially tilled hills of our appellations.  Each vineyard sells only to LFC…’

That one loses me, of course, because if Michigan’s eighteen best growers sell exclusively to Left Foot Charley, that means that the other hundred winemakers in Michigan use substandard fruit from bottom-feeding growers ranked  nineteenth or lower.

Well, when I called him to the carpet (hoping he didn’t trip over it with his inward-turning left foot and sue me), instead of disclaiming the statement or issuing  a retraction, Ulbrich shrugged—or at least, I surmise he shrugged since we were on the phone, but I swear to you, there was a shrug in his voice:

‘Everybody has their own idea of ‘best’.  These vineyards represent mine.’ 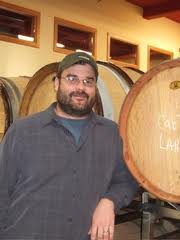 Again, such braggadocio would sound as pompous as a poncey prince on public parade, except that really, Bryan is giving far more credit to fastidious farming than fermentation finaglery , even though—as we all know—a challenged cellar hack could make plonk from Montrachet fruit.

So in the end, what Bryan Ulbrich brings to the party (besides his deformed foot) is, in fact, a concept.

Can Anybody Tell Me What Wine Is Really All About, Charley Ulbrich?

Or rather, let’s start with pinot gris.  Known as Fromenteau in its Burgundian birthplace, pinot gris is a bastard stepchild of pinot noir; other than color, it is nearly identical in appearance, although the Medieval mutation that created the blue-grey hue and added ‘gris’ to the name also brought a whole new flavor spectrum to the palate.  But more on that in a janky jiffy.

Pinot gris never really flourished in Burgundy, but spread eastward in search of happier planting grounds.   In Germany,  Ruländer was originally made from wild-growing pinot gris, and in Hungary, Cistercian monks planted the vines on the slopes of Badacsony and called it Szürkebarát.  Like Gewürztraminer and Muscat, pinot gris reaches a peculiar and specific majesty in the small (40,000 vineyard acres total) appellation of Alsace, where it accounts for around 15% of all vines.

In Michigan, pinot gris has been an experiment in progress since it was first installed by Leelanau’s Larry Mawby in 1981 after Myron Redford of Oregon’s Amity vineyard sent him cuttings; those vines, now three decades into it, are still producing.  But Larry never intended pinot gris to be a stand-alone variety, and notes that its contribution to his salubrious, celebrious sparkling wines offered a distinct ‘roundess’ of flavor that balances the pinot noir and chardonnay.    Even now, most Michigan growers with acres to pinot gris dabble rather than devote.

Bryan Ulbrich devotes.  His gris comes from the west slope of ‘Tale Feathers Vineyard’—(which is indeed the correct spelling; I asked) on an elevated hill overlooking Power Island.  Grown by Gary and Theresa Wilson, the sandy, loamy, two-acre site is groovy gris ground, and the breeze from the bay sharpens the acids while judicious leaf manipulation draw in enough sunshine to sweeten the pot.  “I was impressed that Theresa and Gary decided to plant this somewhat exotic grape, “says Bryan.  “Plenty of farmers would have gone another way and planted a less exotic grape that might have had more face recognition, but would not have achieved greatness.”

Bryan’s 2011 gris raises the bar on what this grape can do in Northern Michigan; it shows a big, sweet nose of honey, melon, baked pear and lemon and delivers equal fullness and fruit across the palate, adding mango marks to the mélange, finishing with genuinely memorable intensity.

The bad news?  He’s all out.  The good news? He’s just released Vintage 2012, which I have not tried, but which Bryan assures me duplicates the flavor profile and may be even more rich than the one I tucked into.

A 9-iron drive from Tale Feathers Vineyard is Werner and Margrit Keuhnis’s ‘Island View Vineyard’, on the eastern side of the same hill.  The couple is Swiss, and according to Ulbrich, “The vineyard  looks Swiss, too: By which I mean, it’s perfect.”

To which a true Käser would reply, ‘Not perfect yet…”

The Island View (same island) vineyard covers an acre, and when Werner took charge in 2000, it had been through several non-Swiss hands who left it in dire need of some TLC.  Werner takes note of each vine’s wish list and hand delivers: The vineyard is dry-farmed and has not seen a grain of synthetic fertilizer since his tenure began. Keuhnis is  from Bryan’s school of canopy management: The leaves must be pruned so that sufficient sunshine is allowed to reach the clusters; without it, sugars are not able to develop to optimum.  The vineyard faces inland, and is blessed with a thick layer of nutrient-rich, water-retaining loam.  The resulting wine is dry and medium-bodied; it exhibits well-defined pinot blanc aromatics of lightly-toasted almond,  green apple and quince, nice, moderate mid-palate with a bit of peach and lychee.  The acid did not appear to be exactly where it should be, and Bryan confirmed that vintage was warm and fermentation stopped early, so the titrable acid in the final wine was a little low compared to residual sugar.  Still, his fermentation technique is straightforward and he does not fine with agents or use yeast strains that produce a lot of esters.  The result is non-manipulated wine that reflect what the vintage, as well as the grape, has to offer without being shoved into a costume.

As it is in Germany, riesling was intended to be the lynchpin of the Michigan wine industry, owing of course, to the similarity in climate.  Where the Germans rely on steeply sloped river banks, we have hillsides and Grand Traverse Bay.  In both locations, grade and water allow grapes to flourish in a climate where they’d otherwise die during the first January deep-freeze.  That said, I have always struggled to find a Michigan riesling which might truly claim equality with the great German estates of  Rüdesheimer, Johannisberg and Winkel.  This may in part be because a common misconception of German riesling is that all are styled like the wines of Rheingau—big, concentrated, long-palate wines that brim with apricot, guava and spiciness.   Wines from Lake Michigan Shore, particularly further south, can at least lay claim to a version of a climate that can snag these tasting notes; Old Mission Peninsula cannot.  Bryan Ulbrich wisely opts to take his cue not from nonpareil Schloss Vollrads, Kloster Eberbach, Schloss Johannisberg and Künstler, but from the crisper, elegant and often more perfumed wines of the chillier German wine region, the Mosel.

Good move.  Seventh Hill Vineyard is in Old Mission’s far north, probably beyond the range of the fat ripening and long hang-time that Rheingau riesling enjoys.  Tom and Linda Scheuerman farm the five acre site, formerly a cherry orchard, where a southern face creates a solar array ideal for making grape sugar while it can; a 17 g/L residual sugar offsets 2011’sa racy acidity.  Soils are gravelly and sandy, equaling drainage—one of riesling’s requisite contract riders.  And the wine exploits such canny care and clever conception to the max: It is beautifully expressive; light and lovely, with damp stone and key lime scents on the nose, a precisely focused palate showing a core of minerality sprinkled with crisp citrus, pine, green apple and that unmistakable riesling signet,  goût petrol.

All three of these selections show Bryan’s golden touch with golden wines; a lightness of being.

And that’s what wine is all about, Charley Ulbrich, Charlie Brown, Choo-Choo Charlie, or whatever  friggin Charlie you happen to be, unless you’re that douche Charlie Trotter, in which case, you do not need to know.

So, Start Off On The Right Foot: Drop In Before the Other Shoe Drops 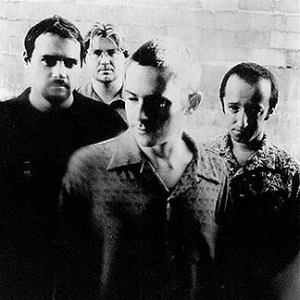 ‘Traverse City may be out of reach for many of you but for those with the gumption to find it, seek out this winery. They have plenty of flavor to share.’

What the plug fails to mention is that I will be performing in the gimp-friendly, wheelchair accessible LFC Tasting Room, Monday through Wednesdays,  from 3:00 AM to 4:00 AM in months without an R, E or Y in them with my new concept band, ‘Left Foot Bryan Epstein: The Fifth Roly-Poly Pill Bug’—we may suck, but we still have a better band name than ‘Toad The Wet Sprocket’.