Double Down On The Trésor: Baby Needs A New Pair Of Shoes

Ferrari-Carano has always been a ballin bling-bling operation—the reasons for which were said by Edgar Allen Poe a century before either Ferrari or Carano were born:

When madness takes your stash of cash,

And dumps it down the Lotto,

You may regret you did not get

Your ass to Eldorado.

The magnificent Ferrari-Carano estate, nestled in the bucolic hills above Sonoma’s Dry Creek Valley and covering five luxuriant acres of garden and another 1400 of vineyard, is truly, the house that Jack built.  And by Jack, of course I mean Jack ‘Everyman’ Jones—as in ‘Gambling Jones’, who frequents Eldorado Casino in downtown Reno and goes double down before going belly up. 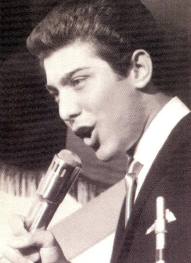 Don’t make a maniac out of me; put your head on my shoulder.

Gaming is a noble, well-regulated and perfectly legal enterprise, and during Reno, Nevada’s 1970’s , the Carano family wanted in on the ground floor.  Eldorado Hotel & Casino remains one of the most celebrated dice dens in the dominion, and the Wiki entry states with authority that Paul Anka once performed in the Eldorado showroom.

So, in the deeply held, universal psychological desire to ‘turn the tables’ on the house, it is no small gratification to know that starting a winery is a far bigger gamble than hoping the dealer busts—although, in fact, both involve wagering money on something with an uncertain outcome with the primary intent of winning additional money.

And As Usual, The House Wins… 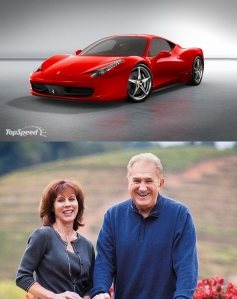 From the outset, Don and Rhonda Carano had a long-term vision for their Dry Creek winery, and by the time they found themselves in a position to purchase vineyard land in California, the casino takings were prodigious.  As a result, they wound up with the cream of the cultivatable crop—19 vineyards scattered across Sonoma, Napa and Mendocino.  In addition, they hired the best, securing top winemaking and cooperage talent.  As a result, Ferrari-Carano has maintained a reputation for reliable wines created an identifiable and consistent style throughout most vintages.

As a genre, I was turned on to dry-fermented, barrel-aged fumé blanc not by Robert Mondavi (who invented it), but by Ferrari-Carano.  This was back in the ‘90s, when I had begun my journey from jugs to jeroboams, and this accessible, imminently intricate lace of creamy citrus, tropical fruit and nearly ineffable scent of damp, cut grass drew me in from the first sip.  In the intervening years, plenty of Mondavi ventures have left me chilly—and not in a cellar-temp sort of way—while Ferrari-Carano has clung to the old-school formula of playing to strengths.

As such, when Melissa Rush walked me through a tasting of the winery’s latest releases, one immediately rose to the top of the drink chain: 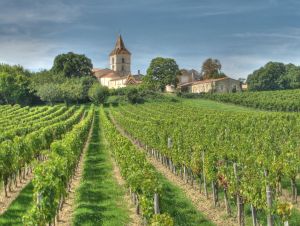 Unlike Burgundy, which is very single variety focused, Bordeaux ballyhoos blends.  Six grapes are legally permitted in Bordeaux red wines, but finding carménère in one is about as rare as being dealt a royal flush.  For the most part, the Big Five are cabernet sauvignon (for intensity and depth of flavor), merlot (adds suppleness and mouthfeel), cabernet franc (used for its bright aromatics), malbec (for color and tannin) and petite verdot (said to ‘stiffin’ the mid-palate); generally, vignerons blend these grapes in this order, although merlot may dominate wines made in the Right Bank appellations.

When an American winemaker concocts a potpourri of this pentamerous posse, it is for the same reason as the French do it: To balance the strengths of each variety against the weaknesses of the others.  But the regional identity, natural parameters and even the consumer focus of a California cabernet-based wines creates a difference to Bordeaux blends that is broad as the ocean between them—and this should be celebrated.

And so, Ferrari-Carano’s five-card stud is not a Médoc mimeograph, but a Sonoma sampler: A completely different beast.

For starters, Central California (including Napa and Sonoma) is a southerly growing region compared to Bordeaux; it is moderately hot and dry with fertile, alluvial soils and fairly predictable weather patterns, at least in the apples to apples head-to-head.  As a result, Bordeaux grapes ripen over a cooler, shorter season and may wind up sharply acidic and, occasionally thin.  California wine country can, frankly, raise to fabulous fruition pretty much anything the vintner cares to plant, and the red wines end up jammier, plummier—even stewier—and in general, more approachable when young that Bordeaux.

That might be a fair summation of Trésor, too, which in past vintages has been pulled from different appellations depending on a number of seasonal factors.

If I was a betting man and wanted to wager on Ferrari-Carano futures, the notes on my DRF racing form might look like this:

Petit Verdot on the hoof

Which Brings Us to the Kentucky Derby:

2010:  Alexander Valley.  A decent vintage with October rains followed by a long dry spell that lasted through harvest.

1 Response to Double Down On The Trésor: Baby Needs A New Pair Of Shoes