Somm Or Scam? You Tell Me…

The buzz-phrase ‘bucket list’ gets a lot of press these days; in post-modern America, it means a roster of those things you’ve always dreamed of doing, but have somehow not gotten around to doing.

The phrase is a truncated version of ‘Things I’d Like to Do Before I Kick the Bucket.’

I bring this up not only because all of items on the list require an inordinate amount of time and/or money without offering much of a return-on-investment beyond bragging rights and potentially, frostbite, but because the Master Sommelier Diploma Exam (held in July of this year) produced some interesting results, if few Master Sommeliers.

Of seventy candidates tested, some of whom had tried before, guess how many passed?

And for the privilege of failing, the other sixty-nine candidates paid a combined total of $70, 725 merely in exam fees: To reach the level where they would be ‘invited’ to participate, they were required pass three other sommelier levels, for which they paid a total of $1,845 each.  This does not even take into consideration the endless hours of wine sampling and associated costs necessary to reach the awesome heights of sensory skill needed to delude yourself into thinking that you could actually succeed the first—or third time in. 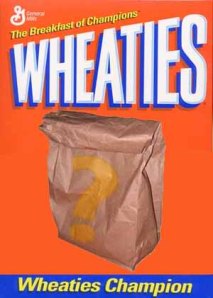 ‘But, hang on,’ you say.  ‘Doesn’t someone with a Master Sommelier ‘degree’ subsequently make a boatload of cash from endorsements, rich people tips and face-recognition once they appear on the Wheaties box?’

Maybe, but I tend to doubt it; you’d have to show me the stats.  If you pass the bar exam, for example, which has a national pass rate of 69%, you can be relatively confident of securing a six figure salary within a few years if you want to; those statistics are readily available, because there are more hungry law schools than hungry wine schools.  Now, you cannot practice law without a law degree, but can a Master Sommelier  haul down lawyerish scoot because they are Master Sommeliers?  Or, among those that manage it, is it more likely because they have the sort of personalities that were able to pass the test:  In other words, a compulsion for detail, a congenial people-focused attitude and innate ability to up-sell a product they believe in?  And thus win those jobs based more on individual merit than on a couple of consonants they paid to have tacked onto their names?

There are indeed lucrative careers in the wine industry, but how many are held by Master Sommeliers? I do not know.  But not many, considering that there are only a couple hundred Master Sommeliers alive on the entire planet.

It’s a remarkable and obviously near-impossible achievement, no question about it.  I am not purposely belittling it, nor am I anti-sommelier by any means—especially considering that I spent ten years I will never get back working as one.  And, since you’ll ask, I am certified; nothing more.   I never made it past ‘First Class’ in Boy Scouts either.

But at its cold heart and avaricious soul, is the quest for Master Sommelier street cred less an honor and more a scam designed to lure in folks with money or sponsorship who have no real chance of passing the test?  Especially since the film Somm has inspired a number of folks to add it to their bucket  list?  I have a few MS friends who I love and respect, so I will do no more than touch the side of my nose at this point.

But I will tell you that if you decide to climb Everest, with or without boots, your chance of success are about 1 in 6; considerably higher than your likelihood of becoming an MS—although your chance of dying is a bit higher at 1 in 28.

Cost?  About $35 k to climb the world’s tallest mountain.

At this point, I’ll leave it to the Court of Master Sommeliers to suggest a realistic tally for the sum total expenses required to finally wear ‘MS’ after your name.  Or not.

This entry was posted in GENERAL and tagged Master Sommelier exam, Somm. Bookmark the permalink.

12 Responses to Somm Or Scam? You Tell Me…