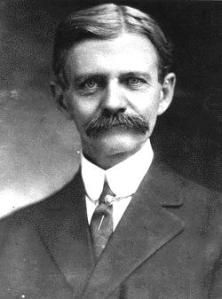 Thomas Riley Marshall (D), Indiana governor, 1908 -1913 and 28th Vice President of the United States under Woodrow Wilson, is not remembered for his controversial and progressive changes to the state Constitution, nor for his remarkable national leadership following Wilson’s debilitating stroke in 1919, nor (regrettably) for a sense of humor so acerbic that the President moved his office to a location far from the White House.  He’s known for a single one-liner delivered during a Senate debate in which soapbox Senator Joseph Bristow  was bloviating through a catalog of ‘our nation’s needs’.  When Bristow finally finished, Marshall rose and said:

‘What this country really needs is a decent five-cent cigar’.

But, does our country really need another decent  fifteen-dollar chardonnay?  That price point is such a ‘sweet spot’ for consumers that the sea of stuff flooding the market that is so tagged makes it very tough to isolate the good from the bad and the ugly.  So mostly, I don’t even try.  I’m not a major fan of Cali chardonnay (at any price) to begin with, and if I spent fifteen bucks on a bottle of chard, I tend to steer toward a rounded, optimally-oaked wine from Burgundy’s Mâconnais, preferably from a ‘ripe’ vintage like 2009. 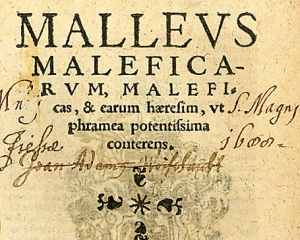 Contains the writer / wine rep pact in its entirety.

So, I believe that the first time my pretty and pretty persistent pal Kristina Kelley tossed me a bottle of Bridlewood chardonnay, I failed to live up to my end of the wine writer/wine rep (as outlined in detail in the Malleus Maleficarum) covenant: I failed to write about the freebie.

Undaunted, she sent me another vintage—along with an eighteen-dollar Bridlewood pinot noir.  So, in order to avoid the sort of systematic persecution and unethical legal assaults that often follow stringers like me who shirk and shuffle, shimmy and shipwreck, I’ll give it another shot, shall I?

Actually, northern Monterey County and Mâcon have somewhat similar climates, with warm, humid summers and reasonably mild winters, so it is no surprise that the predominate cultivar in both is chardonnay.  In the south, where the influence of Monterey Bay is not so pronounced and the AVA opens into the fertile Salinas Valley, Bordeaux varietals predominate.

Most Monterey growers agree that 2011 was a strange vintage and that Mother Nature threw a few curve balls at the vineyards.  The spring was wet, it rained heavily in June and again, inopportunely, in early October.  And yet, grape clusters remained loose and the berries, though small, were very concentrated.  With a mild autumn, hang time was sufficient that when the fruit was finally picked, it was of a surprisingly good quality.  Along with the best of Central Coast chardonnay, Bridlewood 2011 exhibits a full range of stone fruit, including peach, apricot and nectarine, sliding over to mango and pineapple and highlighted with lime, honey and butterscotch.

The odd growing season, the chilliest since 1998,  made for a late-setting of pinot noir on the vine, but temperatures remained steady and cool, and the grapes were harvested at night to keep them that way.  The grapes were not crushed; the whole berries that went into the fermenter remained in skin contact for a week.  The final wine, when racked, showed remarkable texture, leading with heirloom roses, rich black cherry and a bit of strawberry accented by toffee, spice and a soft, silky finish.

‘Winemaking is less about the latest technology and more about taking your time,’ says winemaker David Hopkins. ‘It’s about guiding the wine, and letting it carve out its own path to express the terroir of the region.’

Makes sense to me, and having vinified in the Central Coast through twenty consecutive vintages, Hopkins knows the location of some out-of-the-way vineyards producing some of the region’s top, untouched grapes.  To a winemaker, these are like the clandestine fishing holes that only experienced fisherman know—the unchartered lakes, the difficult-to-reach waterfall pools, the productive creeks flowing into the over-fished streams.

Not much else to report, however.  Bridlewood’s web site does not offer a whole lot about their history, owners, favorite rock band, police record or college transcripts.  The real Bridlewood may be like that lost, nameless, alpine tarncan that the anglers are always looking for.

Nonetheless, I am glad that I revisited, as is Lord Sebastian Flyte and Evelyn Waugh and the act of Grace; the unmerited and unilateral love by which God continually calls souls to Himself.  Whatever that means.

Ask Kristina Kelley, why don’t you?—I guarantee you she’s already looked it up.