I once was lost, but now I’m busted.

At one time—before I accepted Jesus as my Lord and personal savior—I was somewhat judgmental.  I know, I know; you’re all like, huh?  You??!  But it’s perfectly true, people.  And one of the things I used to judge rather relentlessly was ‘professions that are so intellect-inhibitingly dull that one develops narcolepsy simply by saying their names’.

Flagman on a road construction site, where you stand in the same place for ten hours turning your sign from ‘Slow’ to ‘Stop’; Nighttime Security Guard in a bank where nobody ever tries to tunnel in and blow up the safe like they do in the movies; Meijer Greeter, where you spend your whole shift saying nothing to anyone except ‘Welcome, welcome, welcome, welcome…’; M&M Quality Control Technician, in which your career is spent rejecting candy without an off-set little imprinted ‘M’  on it.

Oh, yes: And being a research analyst at a major university like my homegirl Elizabeth—a slightly less well-paid version of being an actuarial scientist in a discipline that applies statistical methods to assess risk, and requires stifling, stilted expertise in probability, mathematics, financial economics and computer programming while relying upon deterministic models in the construction of tables and premiums. 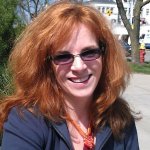 On the other hand, my Elizabeth is perfectly charming and non-boring in person (even though she claims to dream in Excel spreadsheets), and even yours truly must confess a perverse fascination for certain statistics: Those involving really horrible things, like the number of people murdered with ball-peen hammers last year, how long a chicken might survive after being decapitated, annual deaths from alcohol-related beriberi and the number of M&Ms transported to the etching machine per hour… and expressly not involving stuff like stochastic systems or the application of compound interest.

So this morning, while poring through a particular, comparative,  non-boring histogram, I came across a set of singular stats that sowed a seed of sentience in my cingulate sulcus, thus spawning the subsequent sobering screed.

That is correct, grasshopper. Nary a one. Not a single death has ever been officially (or otherwise) linked to an overdose of the ol’ baby bhang.

And the reason why is pretty clear, too: According to numbers posted by our own beloved Department of Justice and equally smooch-worthy Drug Enforcement Administration, in order to induce death, a midnight toker would have to inhale 1,500 lbs. of pot within fifteen minutes.

The same study points out that dinkie dow is far safer than many of the foods we consume, even those grown biodynamically.  As an example, ten organic potatoes eaten raw can produce a toxic effect in humans, whereas it is physically impossible to eat enough griffa to kill ya.

Furthermore, the value of chronic as a therapeutic tool is off the charts.  Repeating the startling stat that, in five thousand years of bong-pulling there has never been a credible medical report suggesting that ganja has caused a single death, the ‘miracle drug’ called aspirin can be attributed to about five hundred deaths every year.

Like most medicines, acetylsalicylic acid is often evaluated via an ‘LD50’ ratio, which indicates at what dosage 50% of test animals will die from drug-induced toxicity.  Aspirin has an LD50 of 1:20, meaning that if the prescribed adult dose is two tablets, should you take 20 times that— forty pills—make sure your will is up to date, because there’s a 50/50 chance that some probate attorney will need it.

Valium is worse: It comes in at 1:10, so at ten times the recommended dosage, things will go south quickly, and the 50% of you who don’t croak outright will likely suffer internal damage.

Even table salt can take you down.  An LD50 of 1:33 means that if you swallow about a cupful at one sitting, 33 times Morton Salt’s daily allowance of 6 grams, it’s sayonara to half of all y’all salt-suckin’ suckers.

Marijuana, however (in its natural form), is one of the safest therapeutic drugs ever tripped over (pun) by the medical community.  With an  LD50 of 1:30,000, you would have to have to smoke 30,000 joints in quick succession before tetrahydrocannabinol built up in your system to the point where you would consider texting Father O’Malley for extreme unction.

Refer back to the list of stats above for a sec.  Despite the fact that I now state the obvious, in Washington, it evidently isn’t obvious until it is stated—and usually, not even then:

‘Will the senator from North Dakota please state her name? No, ma’am, that’s not a trick question.’

Does everyone in Congress weigh in on the two-digit, drool-and-simper side of the Stanford–Binet Scale?

Or is it, perhaps, something a bit more sinister?

Number of Senators Named Bob Johnson Who Received $12,000 From Tobacco Lobbyists, Then Killed Legislation That Would Have Given Oklahoma Cities and Towns the Right To Enact Anti-Tobacco Laws:  1

We don’t smoke marijuana in Muskogee;

We don’t take our trips unless they’re free.

We don’t burn our bridges down on Main Street;

We support the death stick in-dus-try.

Another stat for your highbrow consideration:

With that many Bob Johnsons flitting about, it’s no wonder that his folks gave him the unusual, but perfectly appropriate middle name of ‘Faustus’.

Because, outside of a handful of conspiracy theorists in Mobile, Alabama, a coven of Satan worshippers in Duluth, Minnesota, an S-B-Scale-two-digit, drooling-and-simpering spastic in the Psikhushka Psychiatric Prison Hospital in Volgograd, nobody but me—and now, by proxy, you—know that King Solomon, in his Torahtic pseudepigraphical Testament, classified the nefarious Nabobs of Nicotine among the hierarchy of demons.

Here is but an excerpt from that mystical opus:

Philip Morris Co. can be found between Asmodeus (primary antagonist in the Book of Tobit) and Astaroth, Prince of Thrones.

R.J. Reynolds Tobacco Co. appears below Carnivean, Prince of Powers and above Rosier, Second in the Order of Dominions.

Quite fittingly, you can find Brown & Williamson Tobacco Corp. wedged between Mammon, Lord of Greed and Belphegor, Prince of Who Gives A Shit If You Get Emphysema; Buy More Lucky Strikes.

If I smoke Newport and say ‘ain’t’, will I become as fly as this dashiki-wearing Afro-American?

Bringing up the rear, just as the Lorillard Tobacco Co. gives it to smokers up the rear in the form of rectal cancer, the Greensboro, NC, publicly-traded disease factory—maker of Newport, the brand to which I used to be addicted before I realized how much quicker it was to jump off the Penobscot Building—is the middle-man between Beelzebub , Prince of the Seraphim, Second in Command to Lucifer and Senator Joe McCarthy, who has been given honorary demon status as the succubus of Hades bad-boy Ba’al Zabul. *

* (This is a fact, however: Lorillard Tobacco Co. is a member of the  National Black Soul Chamber of Commerce).

Anyway, considering that cigarettes kill more Americans than AIDS, heroin, alcohol, vehicular accidents, homicide, suicide and M&Ms combined, this quartet of corporate cankers could not have found a better home, especially since they appear to be so enamored of smoke.

How About a Little Fire, Scare Tactics?

Awaiting their own Hellish assignment among the malignant monsters of mythology are the League of Cambions known as lobbyists.  For reference, a cambion is the product of an unholy union between a demon and a human—Caliban, son of the witch Sycorax in The Tempest was one.

A litter of lobbyists

As further reference, a tobacco lobbyist is an ‘activist’ hired by Big Tobacco to patrol Capitol Hill and schmooze members of Congress with every manner of highly-regulated bribe intended to flatter, entertain, enrich and otherwise strong-arm them to vote with their egos, which are generally more evolved than their brains.

How much does the average cancer cook from North Carolina or Virginia spend to advance their agenda in what they euphemistically call ‘tobacco issues’??  Per legislative day, around $100,000 is spread like rancid oleo throughout Washington to convince lawmakers that the freedom to kill Americans via their product is a birthright, and that anything short of total capitulation on the part of Congress will guarantee that the tobacco industry’s re-election support will go up in smoke.

Of course, they obscure the truth in literal smoke and figurative mirrors:  It’s not just West Wing’s President Bartlet who has clever, if disingenuous speech writers.  According to David Tovar, a Philip Morris spokesman, “We monitor lots of bills.  Historically, we anticipate that Congress will look to fund some of their pet programs with tobacco taxes.”

In other words, Tovar feels perfectly justified in pushing and blackmailing and payola-izing the FDA to take over the regulation of cigarette production, because of the big four tobacco giants, Philip Morris is the only one with deep enough pockets to meet government standards.

This didn’t sit well with the competition, of course, but they did find common ground later when they persuaded Congress to significantly reduce the amount of government money earmarked for a lawsuit alleging that cigarette-makers conspired for decades to keep the risks of smoking from the public.

In Big Tobacco’s tunnel vision it’s quid pro quo; only their quid is painful and expensive death from lung cancer, while Congressional quo is a steady flow of re-election funding.

Talk About Your Wacky Tobacky…

Meanwhile, the tobacco companies continue to recruit former members of Congress as exorbitantly overpaid lobbyists.  Overpaid because, by their own admission, a lot of them do no lobbying at all, even though they cash their retainer checks anyway.

‘Rufus’ rhymes with ‘doofus’. Pass it on.

Rufus Edmisten, North Carolina’s former Attorney General and Secretary of State and current Philip Morris lobbyist, is among them.

“I register every  year, just in case,” Edmisten claims.  “I consider myself a ‘general resource’ for Philip Morris.”

‘For the wages of sin is death, but the gift of God is eternal life in Christ Jesus our Lord.’  – Romans 6:23

Number of Times Per Hour That the Name of Jesus Christ is Uttered in a Non-Swearing Context: 3,000,000

As a matter of fact, Jesus and me have our own little quid pro quo going on.  When He and his seraphim were lobbying me to sell them my soul, they traded my eternal devotion and proselytizing-through-a-wine-blog loyalty for a little personal, preternatural clairvoyance.  Therefore, I know exactly what you are thinking:

Does marijuana have any lobbyists in D.C.?

Indeed they do, Junior!  Ever since discussion about legalizing boo boo bama became less taboo boo bama, the National Organization for the Reform of Marijuana Laws has been actively courting legislators—at the request of the legislators themselves, who clearly have dollar signs in their eyes.

“These were folks who wouldn’t take a call five years ago and now they are calling us and telling us to get up there with our PAC money,” said Allen St. Pierre, executive director of NORML. “For those of us who have been at this for the past 20 years, it has been nice to see the worm turn.” *

* ‘See the worm turn’??  Never heard that one before.  I wonder what he’s been smoking.

There’s Light at the End of the Tunnel Vision…

The green is always grassier…

“The ground has shifted and we now see members of Congress wanting to regulate cannabis like alcohol. Our activity on the federal level is no longer just about medical marijuana.”

With luck, logic and lots of (legitimate) lobbyist loot, I think we’ll live long enough to see a complete overhaul of the federal drug policy, including controls on over-incarceration, racial disparity and financial conservation.

This is a good thing—a consummation devoutly to be wished.

Oh, and for any of you who fired-up a doobster during the course of this interminable diatribe and are now thinking about M&Ms again?  I am sure this has been bugging you throughout your stoic read, so…