What’s wrong with the French anyway?  They cling to the word ‘Champagne’  like Jimmy Stewart clung to that red-tile rooftop in the beginning of Vertigo.

Well, of course, that question is purely rhetorical.  I’ll tell you what’s wrong with the French, shall I?

Do you remember Brigitte Bardot and how she used to be the freshest fritter in the Franco-fryer, and how she’s now old and cranky and unable to face the reality of her own lost luster and the world’s re-channeled lust?

Well, she’s a metaphor for her motherland.

You see, back in the 17th century, France was (for a while) the world’s largest superpower, and, following the Napoleonic Wars (1803 – 1815), when Britain restored much of the territory it had won from her, the Second French Colonial Empire was launched.

Even as recently as 1934—the same year that Brigitte Bardot was born—France’s land mass, including colonies, protectorates and mandates, was over five million square miles in size: A tenth of the world’s solid surface and considerably larger than the United States.

But, as always, here comes France being France:  In 1886,  Jules François Camille Ferry, a statesman from Saint-Dié, proclaimed, ‘The higher races have a right over the lower races; they have a duty to civilize the inferior races.’

Bad career move, Jules, especially among races who do not consider themselves ‘lower’—and certainly not inferior to the ‘Here’s the key to the Kingdom, Mr. Hitler; please don’t kill me’ French.

During the Second World War, French decolonization began in earnest as various foreign countries—including the United States—began to occupy former French territories like Syria, Madagascar, Indochina and Tunisia, while after the war, Carpeing the diem, Ho Chi Minh in Vietnam and Ruben Um Nyobé in Cameroon said, ‘No more, Frère Jacque-strap,’ and the French suddenly found their dynasty as out-of-date as Aaron Spelling’s Dynasty.

Algeria was, in many ways, the last straw, and no jokes about camels and backs; promise. Beginning in 1954, France fought with bitter, skin-of-their-teeth desperation to cling to one of their last zones of global influence.

And, as usual, lost:  Algeria was granted full independence in 1962.

So, now the mighty have fallen and France has shrunk to the size of Napoleon—about a quarter million square miles:  The same as Texas.

And, peeved, petulant, pissed and licking their wounds—with Chablis and Burgundy having already declared independence via Carlo Rossi jug wine—the French seem determined to pull another Françafrique Last Stand when it comes to Americans calling their sparkling spume ‘Champagne’.

What Do Schramsberg, Roederer Estate, Iron Horse and Domaine Chandon Have in Common?

In fact, if there was going to be a widely-publicized scandal involving the bubbly chosen for Barack Obama’s 2013 Inaugural Luncheon, you would think that it would be that one of the above, genuinely world-class California sparkling wines did not pass the sommelier’s audition, while Korbel—a bulk-method fascicle of foam that sells at my local Marathon station for ten dollars—did.

Granted, it is something called Korbel Natural, Special Inaugural Cuvée, which—having never been invited to an inaugural luncheon—I have not had the opportunity to sample.  Even so, if E&J released a Boone’s Farm Sparkling Reserve Inaugural Malt-Based Apple Cuvée and it wound up on the White House menu, I’d pink-slip the entire Joint Congressional Committee on Inaugural Ceremonies within the four minutes it took for the wine to go flat.

Way To Totally Miss The Significance of the Event, France

But that’s not even the issue.  The issue, apparently, is that the White House press release announced the lunch’s dessert wine as being ‘Champagne, California’ instead of ‘California Champagne’ and apparently, the juxtapositioning of words got the French wine lobby’s pretty pink culottes all in a horrid twist.

Now, excuse me:  Why does France have a lobbying ‘Champagne Bureau’ in Washington to begin with, and why would they be invited to an Inaugural Luncheon instead of yours truly—a red-blooded, flag-waving, all-American, Obama-supporting-except-for-abortion wine pro like me?

I suppose that is fodder for a different column.

But the menu’s silly little oversight inspired Champagne Bureau director Sam Heitner to whine, “Champagne only comes from Champagne, France!” before ‘vowing’ to write the committee to set it straight.

Heitner—though he looks a bit like Gollum—is, by all accounts, an American, so why he chose to vent his vitriol in the sort of acute-sinusitis French accent usually associated with Inspector Clouseau or Pepé Le Pew is anybody’s guess.  What I do know is that Matt House, spokesman for the Joint Congressional Committee on Inaugural Ceremonies, was able to deflect the agita with a wee quip:

“The Champagne Lobby should have a glass of their own product and relax,” which is cute, but which would have been cuter still had he also recommended relaxing with a joint—which his Joint Committee almost certainly represents or else why would they call themselves that?

Way To Make It All About You, France

So Matt House is a jokester.  But if I’m Obama, I’m ticked off.  If I’m the President, my thinking goes like this:  “It’s my day to reaffirm my position as the most powerful political leader on the planet, and here comes some second-rate, washed-up, slug-eating nation trying to urinate on my parade simply because my chef transposed ‘California’ and ‘Champagne’??!” 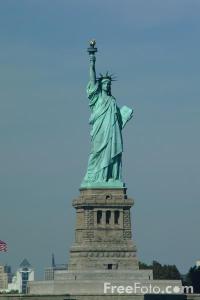 Then I get serious.  First, I call that name-glutton François Gérard Georges Nicolas Hollande and say, “So we have upset you by accidentally ‘switching around a couple of words’ on our menu, huh?  Well, not for nothing, Franky, but even though you may have made the Statue of Liberty, you gave the stupid green monstrosity to us, and we Americans really don’t appreciate you continuing to call it ‘Liberté éclairant le monde’ where the ‘Liberty’ comes first.  Yeah?  ‘Statue’ first and whatever the rest of that crap means second.  Not hard.

And while we’re at it, stop calling us Etats-Unis, because we are not the ‘States United’—Google the bitch if you need to.  No little gay dash between the words, either.  And not only that, but it is the ‘Eiffel friggin Tower’ not the ‘Tour friggin Eiffel’”

Then, just as soon as I up-end that last methuselah of Korbel Champagne, California and have repeated all that garbage about executions and solemn swear words to Chief Justice John G. Roberts, Jr., my first official act as 2nd term President is to make Paris, Texas the new capital of the United States, to rename North Dakota ‘Bordeaux’ and send their awful wines to China with Château Lafite Rothschild as a fake return address, make French kissing a federal crime and French toast a controlled substance and finally, send drones into New Orleans’s French Quarter, blow it away, and blame the damage on Katrina, like anyone would notice in the first place. 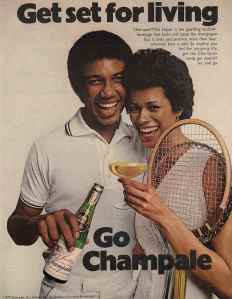 But that won’t happen, will it?  How much of a diplomat is that wussy Obama, anyway?

Another rhetorical question.  I’ll tell you what kind of diplomat the wuss is, shall I?

He and Michelle have announced that in order to avoid any lingering sparkling wine ill-will between us and France, throughout the 2013 Inaugural Luncheon, the First Couple will be sticking with Champale.

This entry was posted in CALIFORNIA, GENERAL and tagged Champagne sparkling wine, Champale, Korbel for Inauguration. Bookmark the permalink.