Creature From The White Laguna

Posted on January 9, 2013 by intoxreport

A geology expedition in the Amazon uncovers a fossilized hand from the Devonian period; Dr. David Reed (Richard Carlson), an ichthyologist who works at a marine biology institute, returns to the Amazon to look for the remainder of the skeleton.

When he arrives at camp, he finds everyone dead, attacked by a piscine amphibious humanoid.

Encounters with the Gill-man claim the lives of two of Lucas’s (Nestor Paiva) crew members before the Gill-man is captured and locked in a cage. It escapes and attacks Edwin (Whit Bissell) who was guarding it. Following this incident, David decides they should return to civilization, but as they try to leave, they find the entrance blocked by fallen logs, courtesy of the escaped Gill-man.

Richard Carlson before and after sex change

While the others attempt to remove the logs, Mark (Richard Denning)  is mauled to death trying to capture the creature single-handedly underwater. The creature then abducts Kay (Julie Adams) and takes her to his cavern lair. Kay is rescued and the creature is riddled with bullets before he retreats to the lagoon where his body sinks in the watery depths, presumably dead.

A geology expedition in Russian Rivers uncovers soil known as Goldridge which is composed of loam with concentrations of volcanic ash; Cecil DeLoach (Cecil DeLoach), a former fireman who worked in San Francisco, plants vines in the valley in 1973 in search of his pot of Sonoma gold.

Encounters with Botoxy, butter-drooling, oak-obese chardonnays of the 1980s claim the palates of many wine drinkers before that particular style is locked in a cage. It escapes and attacks Ric Forman (Ric Forman) who was guarding it.  Following this incident, Russian River chardologists at newly-planted Laguna Ranch Vineyards (Laguna Ranch Vineyards) decide they should return to civilized, mineral and apple/citrus focused chardonnay, but as they try to enter the wine cellars of chardonnay fans, they find the entrance blocked by big, fat, old school wines, courtesy of wineries like Rombauer Vineyards (Rombauer Vineyards) and Fisher Coach Insignia (Fisher Coach Insignia). 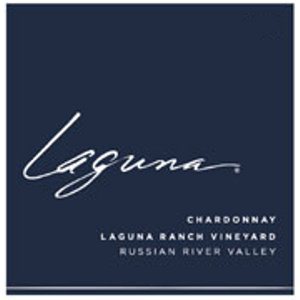 While others like Stony Hill (Stony Hill) and Hanzell (Hanzell) attempt to remove the log-flavored wines, a few progressive wineries are mauled to death trying to capture the creature single-handedly. The creature then abducts Far Niente (Far Niente), and takes the winery to his new French oak lair. Far Niente is rescued and the creature is riddled with reviews calling him déclassé and ‘so ten minutes ago’ before he retreats to La Crema Lagoon where his body sinks in the malolactic depths, presumably dead.

This entry was posted in CALIFORNIA, Russian Rivers, Sonoma and tagged Creature from the Black Lagoon, Laguna Ranch Vineyards. Bookmark the permalink.

1 Response to Creature From The White Laguna