Posted on December 6, 2012 by intoxreport

Don’t get me wrong—I’m not trying to make fun of herbal tea drinkers here.  They are a close-knit, close-to-the earth community who see the natural non-caffeinated decoction of plant material as inherently superior to overly-caloric, overly-expensive and overly-hyped Starbucks coffee.

On second thought, yes, I totally am making fun of them.  I had tea once, and you know what it tastes like?  A bunch of dried-up leaves somebody poured boiling water over.  Make mine a double, s’il vous plaît.

At least black tea offers a smidgen of caffeine—its only plausible plus.  However, any tea that touts ‘caffeine free’ as being an ‘advantage’ leaves me palpably baffled.  See, you have your Alcoholics Anonymous, your Narcotics Anonymous, even your Gamblers Anonymous—human cravings that need anonymouses.

On the other hand, note that there is no Milk ‘n’ Cookies Anonymous, no Buttered Corn-On-The Cob Anonymous, and pointedly, no Caffeine Anonymous.  And for a perfectly good reason: It doesn’t need one.  Walk into any AA meeting, and you’ll see legions of poor teetotaling saps guzzling cup after cup after cup of coffee, and not a single sponsor making tsk tsk snorts of disapproval or mentioning this blatant evidence of out-of-control addiction.

So Sue Me:  I Am Suspicious of Any Herb That Is Legal

Now, I tend to be a live-and-let-live sort of fellow, and if Tom Cruise wants to believe in a Galactic Confederacy and thetans and teegeeacks, I say, God bless him.

Or Xenu bless him, or whoever Cruise thinks is in charge here.

And if someone wants to slog down an ocean of something called Coco-Caramel Sea Salt Herbal, or Traditional Medicinals Caffeine Free Organic Mother’s Milk, I say, have at!

I do, however, reserve the right to snicker my tuchis off either way.

‘I have a confession: I totally dumped out my cup of Rishi pu’erh and made a cup of Imperial Green Oolong instead.’

What the bloody f**k?

And How Strange Does It Get From Here?

Yesterday, I received a press release from Twinlab Corporation titled Top Five Herbal Teas to Prepare You for the Winter Months Ahead.

Far be it from to second guess an ominous-sounding corporation like Twinlab—a name that Josef Mengele would have creamed all over—but, nigga please.

To prepare for winter, of which we Michiganders know a bit, I assure you that you will be far better off stocking your larders with (in this order): Jack Daniels, Tullamore Dew, single malt scotch, Châteauneuf-du-Pape, Angel’s Envy, Rioja, Barolo, Vintage Port and more Jack Daniels.

But I suppose, when in Rome; right?  So, what follows are Twinlab’s top five recommended herbal teas followed by my own customary mean-spirited, Scrooge-like commentary:

In all, I think I’d prefer tea made with the dehydrated gonads of endangered white tigers.

Elderflower Tea:  Traditionally used to elevate the rate of urination while reducing snot, elderflowers go by the most unpolitically correct name of Sambucus nigra. Figuring that you can get the same effects by slamming copious amounts of Sambuca, which is also make from elderflowers, I think that the choice is pretty obvious. 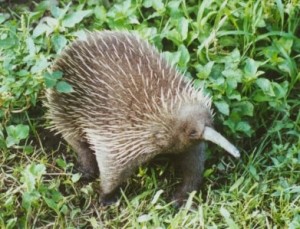 Echinacea Tea:  At first I thought this tea was made with those cute li’l spiny egg-laying anteaters from Australia, but someone dear to me pointed out that Echinacea and echidnas are not the same thing.  The former is widely used by millions to prevent or reduce instances of the common cold.  As someone who promotes buzz-causing substances, it is somehow unholy for me to become the buzz-killer, but nonetheless, a 2003 controlled double-blind study from the University of Virginia School of Medicine and documented in the New England Journal of Medicine stated that Echinacea extracts have no clinically significant effects on rates of infection or duration or intensity of symptoms. 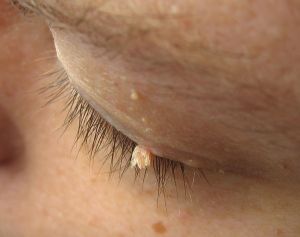 St. John’s Wort Tea:  If I was going to drink tea made from any part of St. John, I don’t think my first choice would be something gross and contagious caused by a viral infection, but that’s just me.  Anyway, the release claims that this tea relieves holiday stress while lightening one’s mood.  Strangely, a study conducted in 2009 concluded that St. John’s Wort is effective as an antidepressant—but only if you’re German.  Of eleven German trials, eight found that St. John’s Wort was significantly better than placebo and the other three were very close. Meanwhile, of the eight non-Germanic trials, not a single one found it to be effective.

Twinlab Corporation has an R&D center in Grand Rapids, Michigan, which is good for our economy, of course, but begs the question:  After reading the above, why in the world would Twinlab need a Research and Development facility?

Based on the press release (and ever the businessman), I can offer Twinlab some elementary budget-slashing tips:

Research:  Wander out into any field anywhere on the planet and rip out anything you find.  Go home, look it up, name your next tea after it.

Voilà, Twinlab: You can close the building now.

After that—if I have indeed sold you—all of the herbal teas listed above are available online via Twinlab’s Alvita® Teas.

This entry was posted in GENERAL and tagged Herbal Tea. Bookmark the permalink.