Duckhorn And Cover: Or, How To Survive The Red Wine Menace of 2012

Posted on October 7, 2012 by intoxreport

The findings from the European Prospective Investigation into Cancer and Nutrition (EPIC) suggest that people who drink one or two glasses of wine or beer a day increase their risk of developing the disease by about 10 per cent.

As a result, the Winemaker Association’s National Kickoff of Education, Responsibility and Sobriety (WANKERS) has announced a renewed attempt to beef-up health warnings on wine labels in order to discourage people from consuming the very product they represent.

What Can You, As An American, Do About The ‘New’ Red Menace?

Chapter One: Responsibilities of American Citizenship:

There are many reasons to be concerned with developing our citizenship responsibilities.  Primarily, great principles do not survive the generations without being nurtured and kept vigorously alive.

Unless we understand the dictums upon which our American way of life is founded, the structure will crumble and our heritage of sobriety will perish.

Nikita on wine: “We will Saintsbury you!!”

Chapter Two: We Are Living In An Era Marked By The Growth Of Wineism:

To a substantial degree, in one form or another, wineism has cast its shadow over most of the nations on earth.  As we speak—or in my case, write—America has been infiltrated by wine and beer propagandists dedicated to the establishment of a New Order.

The Wine Columnists among us are working for world dictatorship.  To accomplish this, their strategy is to undermine the ability of our people to go to their jobs because they are too hung-over.

The wineists among us are seeking to bring about a gradual change in our mealtime beverage selections by destroying the principle of drinking milk from America’s great Heartland, wholesome water from America’s pristine reservoirs and iced tea from little brown people in fucked-up foreign countries.

They seek to substitute difficult-to-pronounce alcoholic products from distant, idolatrous lands like France and California.

Non-sober school children, drunk– as usual– under the table.

Chapter Three:  Practical Lessons: Is America’s Heritage of Sobriety Worth Bothering About?:

Let’s see: With the viewpoint of self-interest, we know that beneath the Stars and Stripes we enjoy more temperance than any other people on earth except for the tea-leaf picking Indians, but they do not really count.  Our economic abundance and dynamic free-enterprise system, unchanged in the five thousand years that America has been a republic, is the direct and cumulative result of drinking Florida orange juice and Coca Cola.

Is THIS how you want to live, America?

Let’s put the full challenge in a few words: Most of the nations on earth have already succumbed to the agenda of the wineists, and now, America is a target.

In fact, our living standard, more than fifteen trillion times higher than that of an average tea-picking wog, make us the number one target of both boutique wineists and craft beerists.

If we permit our great system of abstemiousness, continence and moderation to disintegrate because of the apathy of our people, we shall lose not only our edge of world domination and ability to wage war on poor people, but our even brighter future.

What then must we do as citizens?

1. Understand the American system and what makes it ‘tick’: Sobriety.

2. Understand Wineism and its basic Godless philosophy; its professed goal of usurping America’s divine right to be called King of the World; its insidious tactics and its cunning strategies, like advertising and Wine Spectator.

3. Understand the ‘disguises’ of Wineism in such innocuous sounding products as coolers, spritzers and sangria.

4.  Understand Wineism’s propaganda techniques, such as claiming that wine is actually ‘good for you’ (as in 60 Minutes’ shameless coalition with socialist European people for The French Paradox) and does not cause bowel cancer. 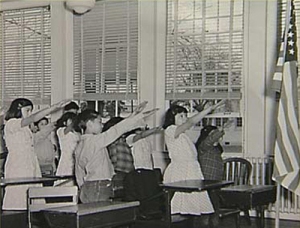 The same class, now sober, prove that their hands do not shake

5. Take an interest in education.  This includes carefully reading wine labels.  Not today, or perhaps not tomorrow.  But as soon as the Federal Government mandates the silhouette image of a pregnant woman holding a glass with the universal red slash mark meaning ‘no’ across her bulging belly.

This will also carry a secondary label of a pregnant Indian woman without the slash mark above the phrase, ‘Tea-pickers need not abstain as there are already over a billion of you.’

6.  Strive for spiritual growth.  That means to constantly seek the principles of God’s truth, not, as the pagan infidels who have sought to usurp a perfectly good word like spirit and ‘change’ it to mean liquor–sort of like they did with ‘gay’.

The choice is yours, America. 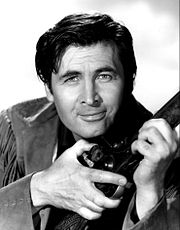 Is it too much to ask that we fulfill the obligations of citizenship?  If we think so, we should read again the history of the founding of this nation and consider the hardships faced by the people who made possible our great sobriety.  They felt that no challenge was too difficult if self-denial was at stake, and this was the spirit—no, not bourbon, you ass—that carried them forward.

Never forget that the Wineists, the Beerists, and now, the Anti-Labelists would like to see the American spirit extinguished.  If each of us will rise to the occasion, if every citizen, young and old, will accept the obligations of its citizenship, then Wineism and its followers will not prevail and America will march forward to her great destiny, which is essentially to own every oil reserve on the planet.

Nothing must stand in the way of the onward goose-step of sobriety.

This entry was posted in GENERAL and tagged new health warning on wine, new wine labels, wine and cancer. Bookmark the permalink.

3 Responses to Duckhorn And Cover: Or, How To Survive The Red Wine Menace of 2012