Airline Wine: Get High, But Keep It On The Down Low?

In a recent interview with CNN, my FB buddy Robert Joseph—Editor-at-Large of Meininger’s Wine Business International—makes an astonishing claim: 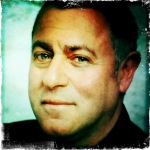 He goes on to point out that non-classified peasant plonk—soft, fruity, often sweeter and generally less expensive wines from Chile or California may in fact taste better at 35,000 feet.  He recommends merlot and pinot noir in particular, suggesting that they may be more ‘fun’ to drink than cabernet sauvignon six miles above the vineyard.

Well, no doubt.  Cab is not necessarily a fun wine to drink to begin with.  Brooding, brilliant, brainy and broad, yes.  Fun, no.  And what self-loathing masochist finds it ‘fun’ to pronounce Château Pichon Longueville Comtesse de Lalande or Château Malescot St. Exupéry?

But that’s not the point.  The point, according to recent studies undertaken by the Fraunhofer-Institut für Bauphysik—also not fun to pronounce—is that at high altitudes, our sense of taste is diminished by as much as 30%; the result of the body adapting to atmospheric pressures within the cabin.  This goes for our taste buds as well, a third of which go Novocain-numb at cruise altitude.

The study was meant to explain why some factor beyond cost, convenience and the notion that airlines really don’t give a flying f**k (pun intended) might explain why in-flight meals are so universally maligned.

See that, you trivial, truculent tray-traducing traveler: Turns out it’s not our food, it’s you!

With wine it’s even worse:  Cabin humidity is intentionally kept low to reduce the risk of fuselage corrosion; your sense of smell fades as a result.   And as any first-year wine tasting student can tell you, capturing vaporized, volatile aroma compounds makes up the lion’s share of wine appreciation since the tongue is capable of detecting only primary tastes.

Lose the nose, you’ve lost more than half the battle already.

United is offering a free trip to the war-torn third-world shithole of your choice if you can guess which Frost is Doug.

That makes life for folks like Doug Frost, who writes the wine list for United Airlines all the more challenging—even though he is both a Master of Wine and a Master Sommelier—formerly the highest titles to which a wine geek could aspire until last year’s inaugural ‘Master of ALL Masters of Wine’ program launched in my fruit cellar.

Of Doug, USA Today, gushes, “Frost likely knows as much as anyone in the world about how to make, market, serve and identify wines,” but Mr. Wine himself is honest about the trials and tribulations of finding selections that not only show sufficient intensity, flavor and character to suit our imploding high-altitude sensory systems, but wines which are stable enough to make it through the three to six months it may take for the bottle to make its maiden flight.

As such, he and his team choose the following year’s blends only after they’ve sampled them ‘on high’—and the wine passes the altitude taste test.

“In First Class, we need classic names and character,” Frost told Wineography last year. “In Business Class, we can step outside the classics to a degree, but throughout all classes of service, I need overt fruit more than anything.”

I will have to defer; if I had to accost Frost—even on cost—I’d be lost.

I’ll explain my personal United Airlines wine program directly.  But first, let me point out that I have noticed that the same ‘underperformance phenomenon’ carries through to in-flight movies as well.

For example, on my last 14-hour intercontinental voyage on United, I had plenty of time to spend watching films, and I chose only classics that I had previously not seen.

Citizen Kane (1941): Totally boring with zero special effects except for that fakey mansion and some really chump-change makeup that, attempting to make the 25-year-old Welles look fifty, instead makes him look like an poorly-embalmed 25-year-old.  And Rosebud? Please: Obviously the sled was going to wind up being Rosebud; what did Orson take us for, microcephalic idiots?  Grade : C –

Vertigo (1958): A morbid, mutant Hitchcock-and-bull box-office flop starring one-dimensional hack-tor Jimmy Stuart as a retired cop who is so afraid of heights he can’t stand up.  Populist showman Alfred H. should have stuck to bad TV; his attempt at a serious psychological study winds up more absurd than his lower lip.  And any movie that has Kim Novak naked in bed and fails to display her sizzling badonkadonk?  Fail.  Grade: D+

It’s A Wonderful Life (1942): That stuttering, stammering stupetard named Stuart again.  Sheesh.  This flick is bad enough in December; imagine it in August.  ‘It’s A Wonderful Reason To Get Hammered In The Bathroom Stall Instead Of Your Seat’.  Grade: D

La Règle du Jeu (1939):  The goddamn thing is in French; can you believe it??   For starters who wants to sit for hours in a thimble-sized seat drinking tasteless wine and eating awful food let alone having to listen to capricious, self-indulgent, humorless rich people yabbering about nothing—and, in a tongue that unless it’s front-and-center in a French Kiss with Sophie Marceau—grates upon the ear like nails on a blackboard.

France is the birthplace of the Marquis de Sade and this proves it.

And yet, later I re-evaluated these films in my living room at sea level and awarded each and every one the coveted ‘two thumbs up’ along with five stars and a big ripe-from-the-vine tomato.  See, in the rarefied environment of the upper troposphere, that portion of your brain that judges, evaluates, assesses, appraises and otherwise scores artistic merit goes instantly numbnuts along with your nostrils.

Actually, it’s good thing they didn’t have airplanes back in 1855 when they were doing the Bordeaux Classification: Had they, Château Pichon Longueville Comtesse de Lalande and Château Malescot St. Exupéry would have ended up as a Quatre-Vingt-Dixième Cru, with less of a chance of winding up on Doug Frost’s hoity-toity First Class wine list than a frost-ball in Hell.

I can smuggle a Double Magnum of Château Malescot on board without puking.

But, no matter.  Since I perennially travel coach, I don’t drink from the wine list anyway.

I have found that it is cheaper and only slightly less inconvenient to fill balloons with Château Malescot before I even leave for the airport, swallow them heroin-style and wait for them to reappear during the two hours I will sit on a United Airlines toilet waiting for ‘It’s A Wonderful Life’ to end.