A Smattering of Silly Scat From Michigan’s NWS Show, 2012

(NWS = ‘National Wine & Spirits instead of ‘Not Work Safe’—which is the only reason I showed up, damn it.)

You should see the johns at St. John’s

Within the hallowed halls of St. John’s in Plymouth, where wannabe priests once learned their trade, where awe-inspiring interpretations of early Umbrian architecture—complete with Botticino marble statues, beautiful stained glass windows, polychrome wood ceiling and large-scale mosaic and marble inlays in the polished floor—front an elegant, upscale hotel and five acclaimed gourmet restaurants, sixty-one wineries and distributors gathered on September 12, 2012 to offer Michigan’s grandest tasting exhibition of the year, making full use of the inn’s quartet of elegant ballrooms.

What a place to snicker at the spit buckets and get blotto for free.

Potentially, no wine writer’s overwrought, floral description of such a gala would do it justice without at least a cursory mention of the wines, would it?  Heretofore, as I do my best to interpret my loopy notes, I will offer a vague and incomplete overview of a tiny portion of what I can remember sampling:

We loved ELP, of course; Nice was nice and had we been V.I.P.s in the day, we might actually have gotten backstage during a V.I.P. concert.  In all, I think we can agree that Keith Emerson is the most technically suave keyboard player ever to hurl a Hammond organ across a rock stage.

But, who knew he could make wine?

Ha, ha, ha; those be jokes, folks.  I’m sure we’ve all had the disheartening experience of Googling our own names and discovering (in my case) that I am not ‘the’ Chris Kassel; I’m ‘a’ Chris Kassel.  Likewise, poor Keith Emerson, Gundlach-Bunschu’s winemaker, must get awfully tired of tossers like yours truly asking him if his night-harvested gewurtztraminer (90 points, WE) is a good match for brain salad.

Left: My old buddy Darryl. Did I say ‘old’?  And how.
Right: Cate Cullen

My dear old buddy Darryl Vennard was riding eloquent point for the winery at the show, and walked me through Emerson’s vintage vin valise, including crisp, malo-free, Chablis-styled chardonnay (2010), supremely concentrated merlot (2008) and the chocolate/coffee/blackberry scented cabernet sauvignon from the family’s 150-year-old Rhinefarm Estate Vineyard on the slopes of the Mayacamas mountains.  Great stuff.

For a Michigan wine and spirits show, Michigan was woefully underrepresented; I could find only two Michigan wineries among the hordes of French, German and Californian wares-hawkers.  One of them was Peninsula Cellars; a remarkably consistent winery located in Old Mission on the 45th parallel—the precise midway point between the North Pole and the Equator.  Owner/Winemaker John Kroupa—too modest to mention his name on his own website—introduced me to a selection of PC whites, including 2011 Pinot Grigio, which some comatose zombie in the NWS proofreading department lists in the brochure as being ‘48% merlot’.
Not; in fact, it is a moderately rich, green-apple scented grigio with a sluice of peach and mineral midway through and a re-focus on apple at the end.

The 2011 tri-vineyard Riesling showed well through the palate, but was a bit restrained on the nose.  The 2011 Chardonnay was likewise a bit cold and light bouquet-wise, but shivery-crisp, oak-free and packed with the tropical fruit notes that have come to characterize Michigan chardonnay.

The PC prima donna, however, is the Late Harvest Riesling, 2011—rich and nectar-like with flavors ranging from orange marmalade to baked almonds, everything sewed together with wildflower honey.

Much as I love Peninsula Cellars Late Harvest Riesling, with Jackson-Triggs Vidal Ice Wine, it’s more than a basic burst of emotion—it’s a carnal, drawn-out flesh-fest for which I am prepared to tack some Purgatory time on to my post-death plans simply to drink some.  Have you ever had a straight vidal, even from Niagara, where it is the single most reliable hybrid?  Pretty ‘meh’, right?  Vidal was created in the thermonuclear furnaces of the Big Bang for one purpose and one purpose alone—to hang on the vine until Christmas, to be frozen, thawed, frozen thawed until basically raisinated.  Beside the concentrated oomph of apricot and peach, Jackson-Triggs’ version shows myriad fruits from lands where they get no frost at all: Papaya, mango, passion fruit.  Caramel and honey are all infused alongside the tropicality, and though the wine doesn’t come cheap, it’s worth every Canadian dime.  And anyway, remember, ye Purgatory-bound… You can’t take it with you.

The pride of Paw Paw, the venerable veteran of vinous vocations in Lake Michigan Shore, St. Julian (née, The Italian Wine Company; re-named when Mussolini climbed aboard Hitler’s gravy train, which is rumored to have run on time) has been producing wines in Southwest Michigan since 1934.  They still make the best sherry anywhere outside Sherry (in my opinion), but are always experimenting around with purchased grapes—some results bearing better fruits of success than others.  I love Cock of the Walk, though I’d be mortified ask for it in a family blind pig: It’s a blend of the cab brothers, sauvignon and franc, merlot and a handful of happy hybrids like chancellor, foch, deChaunac and a pair of lesser-known grapes called zweigelt and rougeon.  At ten dollars a bottle, it’s a Michigan red with a whole lot of complexity.  Sweet Nancie is also a great under-ten sparkling wine; named after winemaker Nancie Corum-Oxley.  Exotic, crisp and budget-friendly, the wine is made from traminette, an oft misunderstood hybrid that produces some scrumptious gewurtztraminer-like wines along Lake Michigan’s shore.

I’m less enamored with the winery’s financial flagship, Blue Heron, a semi-sweet blend of Riesling, Vidal and Seyval, but at 40,000 cases per year, it’s Michigan’s top selling wine, so what do I know?

I dig these guys and the brochure said they had a booth, but I wandered the floor for two hours and never found them.  I feel jilted.  Cheap, even.  What gives, Chantalopoids?  Am I visually impaired?  It can’t be the drink, because then I’d see two of you, not none of you. 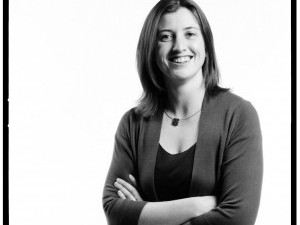 The genuine Renae Hirsch is in color; I asked her.

I’m not a mega-fan of wines with silly names except as a springboard to shameless mockery, but occasionally there are some examples that blend the marketing schtick with a genuine quality product. Dead Letter Office Shiraz, ’08 is one.  The Trial Of John Monfort Cabernet Sauvignon, 07 is another, both from Henry’s Drive Vignerons in Australia.  The former is ripe, extracted and supple, and imparted with dark berries, black pepper, cocoa and smoky oak—doubtless the result of the serious barrique regimen.  The latter is sourced from a single vineyard in Padthaway; the vines are a dozen years old and the wine sees 16 months of oak—63% American, the rest French.  The wine (from vintner Renae Hirsch) offers an array of mature aromatics, tobacco to cedar to leather, but maintains a fresh core of Bing cherry to keep things lively.

A couple of the selections here were a good indicator of the essential breeding of many merlot-heavy, right bank Bordeaux… Much more accessible in their youths than the cabernet-cored wines from Médoc.  A fine and affordable example is Château Pey La Tour ’09, the non-reserve offering from the estate.  Made with young vines and limited wood, the wine is liquid velvet, part of fruit-forward silken-on-the-tongue qualities originate in a long, warm ’09 growing season, which give the stuff a juicy, plum-like viscosity that rolls, rather than washes across the tongue.  Sorry, California, Washington and Australia; when it comes to merlot, I’m still stuck in France.

There were more wines of course, more circuits, more samples.  But I have run out of patience in trying to decipher what I wrote down, so for now, it’s back to the drinking board.

1 Response to A Smattering of Silly Scat From Michigan’s NWS Show, 2012