Anatomy Of A Hangover And What To Do About It

In the previous century, when I was at university as a psych major, B.F. Skinner was all the rage, and my Operant Conditioning and Behavior Analysis class focused on the relative non-efficiency of negative reinforcement.  It stressed that ‘punishment’ changes behavior only temporarily and presents many detrimental side effects.

I wrote my course thesis on proof positive: Hangovers.

For those of you who chose to study something totally boring like corporate law, electrical engineering or diseases-of-the-rich, Skinner postulates—in the most colorful language possible; rich in descriptive, near-Dickensian detail—that ‘a negative reinforcer increases or maintains the frequency of the behavior that terminates the negative reinforce; behaviors are causal factors that are influenced by the consequences’.

Talk about an edge-of-your-seat page-turner. 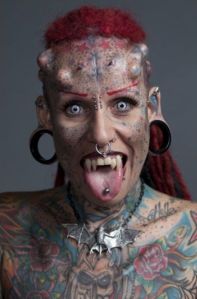 Anyway, having established that essential frame of reference, we shall move quickly to a description of a textbook hangover with Señor Vestigio Resaca de la Cruda, your Guide to the Known, the Unknown and the Should Have Known:

You lie upon the picnic table, the hood of your car, the roof—anywhere inappropriate—and a sour, sick, intrusive stimulus begins to seep through the dried mucus that cakes your eyelids.

That, my poor benighted soul, is called daylight.

Likewise, the high-pitched squeal currently grating upon your tympanic membranes.  It’s not the failing brake pads on your neighbor’s ’87 Aerostar; it isn’t your cat with its tail somehow caught in the screen door; it’s not a leftover World War II Aggregat-4 missile hurdling toward your backyard: It’s the lark singing at Heaven’s gate.

My boy, you have a hangover.

Get up if you can.  Slowly, but you had better do it soon. You can’t?  Because an airbag has detonated inside your lateral hypothalamus?  Because you’ve been strapped to an electric chair and spoon fed kitty litter?  Because every dendrite in your nervous system has been attached to miniature jumper cables and the engine revved to max?

Well, I warned you.  Wham!  See that?  The entire multi-episodic Norse-quality saga of last night just downloaded in a huge dump from the fogs of your subterranean unconscious into the fully cognizant Nightmare of Now.

You, sir, are not a lucky man.  In fact, you are cursed.  Most drunks are allowed to forget—you, on the other hand recall everything in precise, excruciating detail.

Yes, you made sloppy, explicit sexual advances to the bartender, who is not only your best friend’s wife, but also your sister.  Yes, you sold your mother’s priceless collection of Florence Ceramics and bought pizza.  Yes, you saw a homeless guy, felt sorry for him and gave him your iPhone.  Yes, you drunk-dialed your way through nearly all your important relationships—now all formerly important relationships.  Yes, the trunk of your car is full of traffic cones and street signs.

If there is any ray of light more direct than the solar laser beam that is currently burrowing into your retina, son, it is the fact that as ashamed as you are of last night’s shenanigans—oh yes, you also mistook your girlfriend’s parent’s wicker memento storage bin for the toilet and urinated in it—you would be ashamed of anything you’d done, no matter how noble, selfless and heroic it appeared to the rest of the world. 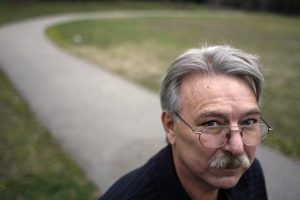 That’s a peculiar side effect of morning-after detoxification, my lad: the crash and burn of complete and unrelievable dysphoria without regard to circumstance. For example (speaking of crash and burn), Lenny Skudnik, the Michigan boy who dove into the Potomac River in January, 1982 to save random victims of downed Air Florida Flight 90…  Had he been drunk—and really, what other condition would cause a rational human being to dive into a frozen river in the middle of winter and swim after total strangers—even he probably woke up the next morning feeling like a total pencil-penised, marble-yarbled, woefully inadequate wanker…

…a description that, of course, more closely fits you, my dear boy.

But All Is Not Lost

Forget the colloquial folk remedies—the mashed asparagus, the kudzu, the fried tomato juice—the mere grossness of these concoctions may cause you to upchuck any unassimilated booze in your belly, but are ultimately worthless in counteracting the chemical imbalances, the hypoglycemia, the congener impurities, the glutamine rebound and the absolute conviction that you are a jerk-off.

Even hair-of-the-dog, which this columnist swears by—but merely as an excuse to drink more—is only somewhat effective.  According to research and clinical trials carried out at Johns Hopkins Hospital, and subsequently approved by the FDA, from a physiological/psychological  standpoint, this is the way it works:

If you slam an ice-cold beer immediately upon waking up, you fool your hangover into thinking you have not yet stopped drinking.  By the time your hangover realizes it’s been jobbed, it’s too late.

Of course, once you finish that beer, you want another, then another, and there’s where the whole theory falls apart.

In any case, every year some trendy new hangover remedy hits the market—we’ve been over-promised remarkable results from such products as  HangoverBuster, Alcohol-X and Chaser Plus, each of which wound up being its own breed of rip-off.

But recently, tablets sold under the brand ‘Blowfish’ hit the market, and according to Blowfish inventor Brenna Haysom, President of Rally Labs, the pills are a medicine born of

personal necessity—she’d tried the pharmacopeia of so-called cures before coming up with her own unique formula.

“I was a hangover sufferer,” she admits. “I worked hard in finance, many times into the weekend, and I needed to function well the next day while still enjoying my free time.”

What makes Blowfish different?  Well, for one thing, it has been approved by the FDA for over-the-counter sales—remarkable at first glance, since the FDA has never before approved a hangover cure, most of which boast one or more unregulated herbs as the ‘secret ingredient’.

At second glance, however, it winds up being a big yawn.  Turns out that the FDA approved Blowfish because all the ingredients in it were common, every day stuff you keep in your house; stuff you would have taken for your hangover anyway.

Essentially, Blowfish is made from high doses of aspirin and caffeine packed in effervescent tablets that dissolve in water.

“After a lot of trial and error,” Haysom claims, ‘I realized that I was on to something: a reliable, effective hangover cure.”

Whatever, Brenna; but I suppose it makes sense considering that your last big pharmaceutical hit—those pills you guaranteed would make you lose weight while you slept—turned out to be extremely potent sleeping pills.  You woke up after a week and found out that you had, indeed, shed a few pounds.

‘Take Blowfish So You Don’t Blowchunks’

As for you, Hangover Boy, get off your ass.  I want you to sign a solemn pledge to never, ever, ever, never again allow a drop of beer, wine, booze, not even so much as a single piece of Yup’ik—Eskimo fermented whitefish heads—to cross your lips.

At least, until lunch.